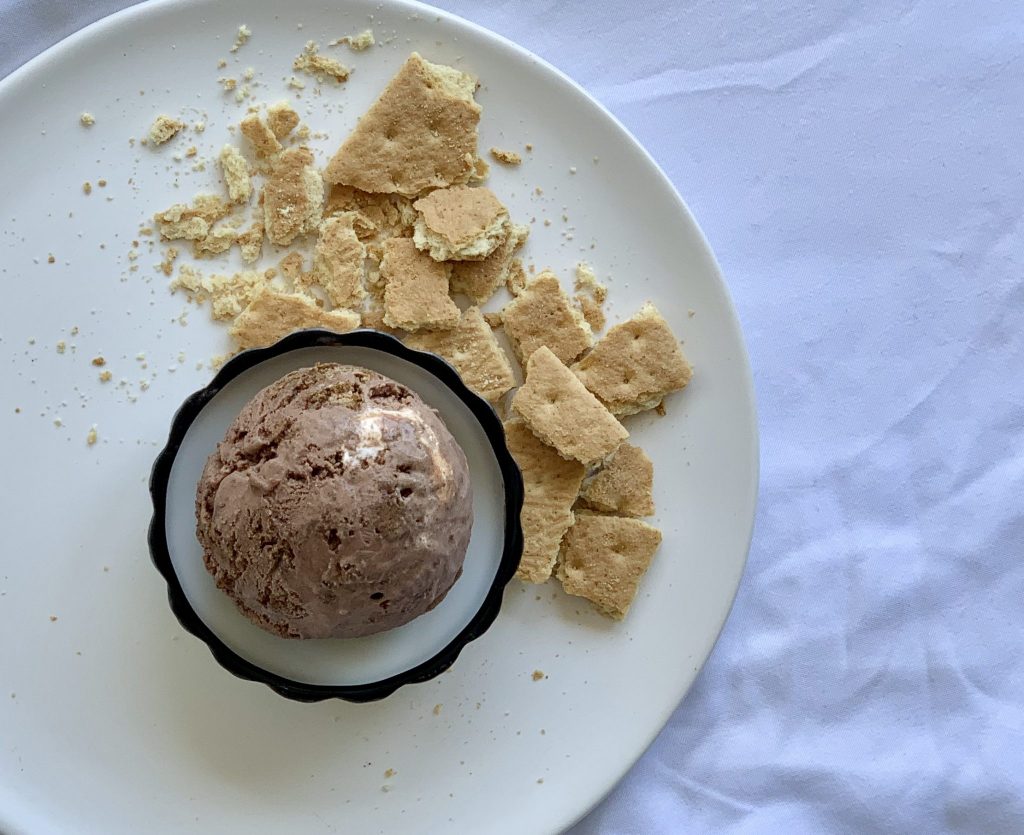 I was wandering around my house the other day (because where else would I be?) and heard that unmistakable musical clanging that is the ice cream truck. While I was pleased to know that some remnants of the before-times still exist, I was even more smug to know that I didn’t have to rely on external resources for sub-par (but deeply nostalgic) treats. Of course ice cream trucks have their place in American history, but I’d counter that this Chocolate S’mores Ice Cream can create it’s own memories too; rich and fudgy, the unmistakable spice of the graham plus the chew of the marshmallow fluff can be a delicious counterbalance to the lure of the ice cream truck.

I know I made a s’mores ice cream for my last post; but part of what I’m loving about our ingredient focus this month is how adaptable the flavors are. Also, it’s summertime; it’s not that I won’t turn on my oven (of course I’ll turn on my oven!), it’s just what why would I, when I can instead pull the ice cream canister out of my freezer and churn this instead?

I’ll admit this recipe isn’t quite the snap that some of our others are; and certainly, this isn’t hard, but it does involve a double boiler and some whisking. There’s also homemade cookie involved, though I’d argue that it’s about as simple a cookie as one can bake AND 100% worth it’ the flavors are so punchy that they stand up well to the deep, rich chocolate base.

from The Perfect Scoop by David Lebovitz

Make the Ice Cream Base