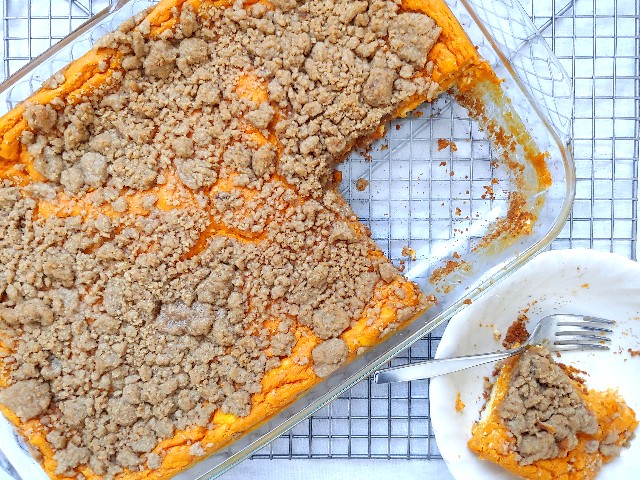 Aaaah…October!  The nights are getting cold,  the leaves are changing, and this week here in Denver, we had our first snow fall.  Boooo (and not the spooky ghost kind).  I love fall but I don’t like that it signifies cold weather is around the corner (or already here, apparently).  I don’t care for snow or cold.  Let’s not worry about that right now and just relish in a month of fall recipes.  How about some pumpkin mixed into cheesecake?

I got this recipe here, head over there and check out their perfect layers in these bars.  Mine weren’t quite so clean looking but they were two distinct tasty cheesecake layers.  I didn’t really modify this recipe at all EXCEPT for one thing.  When I went to the store to buy graham cracker crumbs they were all sold out!  What to do?  Buy two pre-made graham cracker crusts that were on sale and dump those into the bottom of a greased 9 x 13 pan and squish them with a fork… Voila, an instant layer of crumbs!