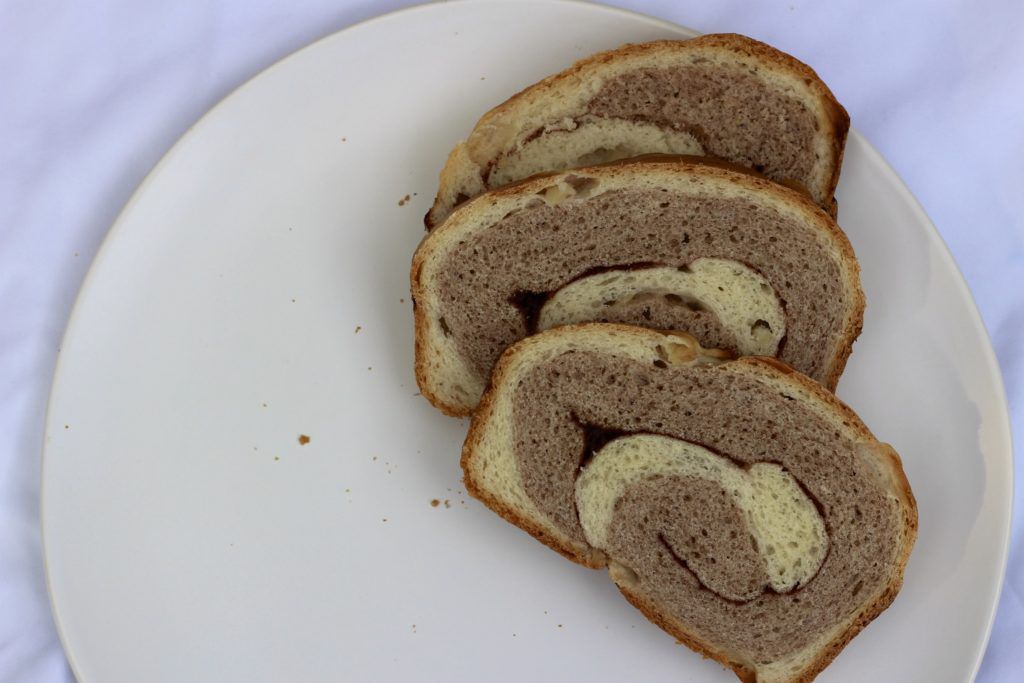 It’s time to grab fall by it’s multi-colored leaves and embrace all the autumnal flavors we can. I know this because I was in San Diego last week – where it was 80 degrees and I couldn’t believe I forgot to pack a sundress – but then I came home to Seattle. I discovered my yard filled with tangle of wind-blown sticks and leaves, the  garden begging to be uprooted, and it’s now dark out at 630pm.

I fully embraced the season last night, when I made one of these for dinner (it was unbelievably tasty). With that, it’s also time for some homey, indoor baking time – I’m even willing to fuss with bread-making, because why would I go outside?

As Streusel and I have mentioned before, we met at a baking class in Denver many moons ago. I often return to the cookbook from the class, because it’s got some great recipes that are straightforward to follow.

In search of a season-turning bread, I revisited their cinnamon raisin swirl bread recipe that I’ve made a few times in the past. I incorporated some apples and a bit of sugar to make a bread that’s perfect for your fall morning toast, definitely with a bit of melty butter spread on top and absolutely with a cup of hot coffee (and all the more delicious if eaten after a chilled morning run).