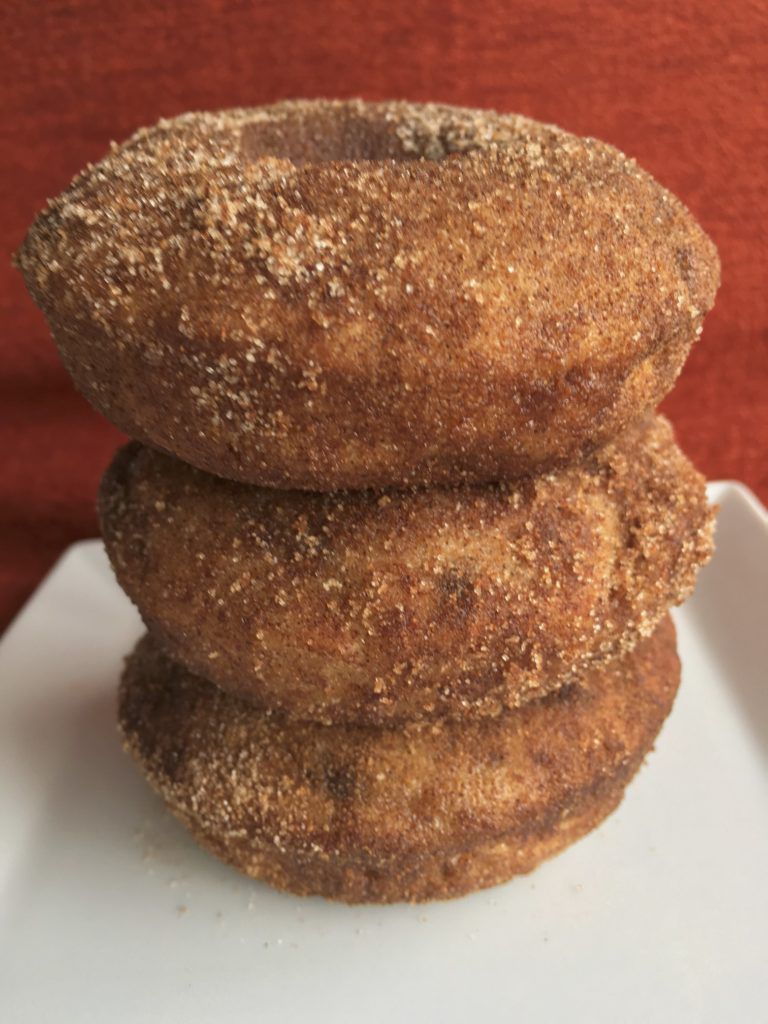 Three years ago, I impulse purchased a donut pan. I love, love, love doughnuts but since I don’t often let myself eat dessert for breakfast, the pans have been used exactly one time. This month’s theme – one-bowl desserts – seemed like a good time for me to dust off these bargain, non-stick pans and see what I could come up with.

To be something I’d realistically eat, I made the following requirements for the recipe:

I’ll admit that I was surprised at how well these Banana Cinnamon Doughnuts fits the description above – so surprised, in fact, that when I tasted one, I said to Brandon – “Hey! These are actually good!” The doughnuts are have a nice, soft texture but enough density to feel like you’re eating more than fluffy air. The banana provides a whole lot of sweetness, the cinnamon give the doughnuts some spice, and the buttery, slightly crunchy coating is just a bit decadent.

My recipe testing and baking was done in the evening, and I clearly wasn’t going to wait until morning to eat them, so we ate them for dessert. BUT – it definitely felt like a healthy dessert, so I figure that means it’s a only slightly sweetened breakfast. 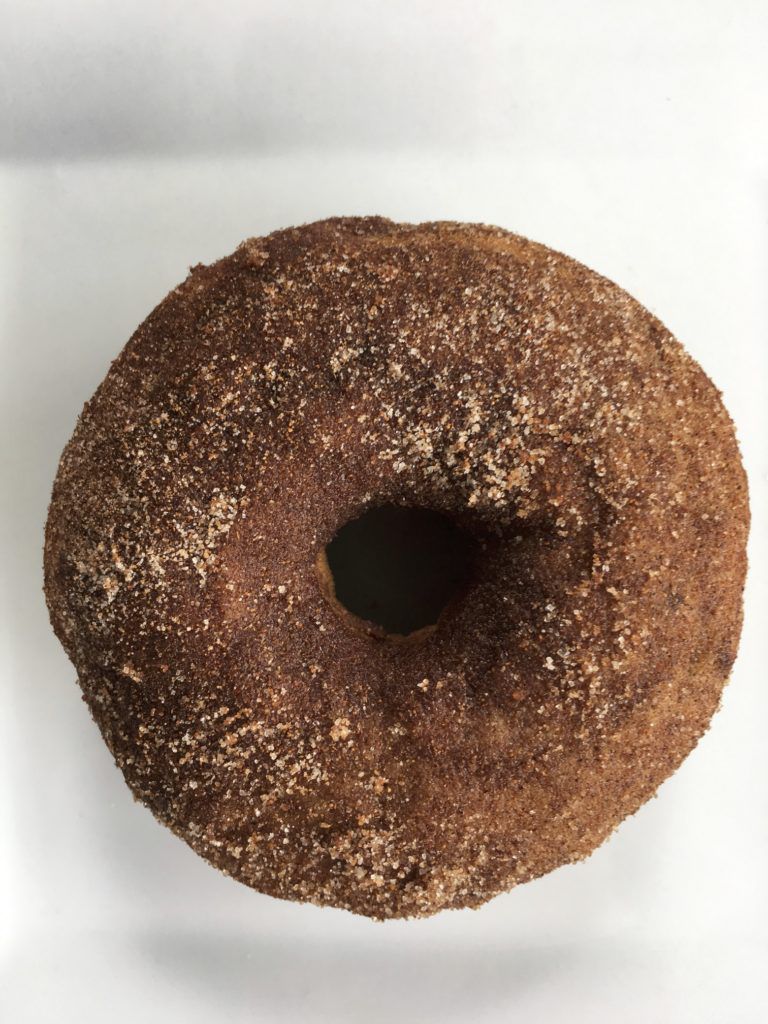 Posted on April 15, 2018
This entry was posted in baking, breads, breakfast, brunch, healthy, quick and easy and tagged Banana, Doughnuts, one bowl.