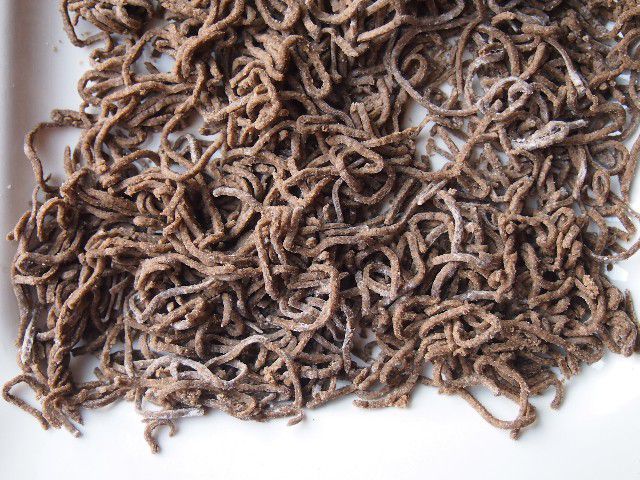 A storm has moved into town and what could be more comforting on a cold day than homemade soup.  I was watching Will & Grace reruns (Season 6 Episode 12) where Grace obsesses over soba noodles and I decided I wanted to make my own soba noodles and a simple soba soup.  Start to finish I had these noodles and the soup made in an hour.

I took this recipe from Saveur but cheated a bit in that I used a stand mixer to knead the dough and a pasta roller to roll and cut the noodles.  Made of mostly buckwheat flour and a little all-purpose flour this dough was SO easy to work with.  I only used about a third of these noodles in the soup so the rest I dried out on the countertop for about 8 hours before storing in a plastic bag and freezing.

When looking at the history of the soba noodle, which originated in Japan in the 1600s, I discovered that soba noodles were a solution to thiamine deficiencies in Tokyo due to excessive white rice consumption. 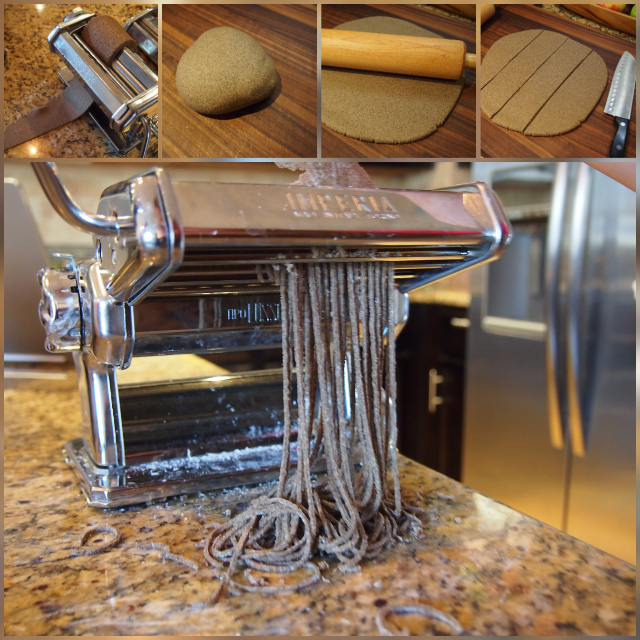 several tablespoons of arrowroot flour (for dusting the noodles)

2 carrots, peeled and sliced thinly (I used a mandolin set on 2)

To make the noodles…

To make the soup…

Spread the remaining noodles out on 2 large platters and dry for about 8 hours.  Once dried out, store the noodles in an airtight plastic bag and freeze until ready to add to more hot broth.