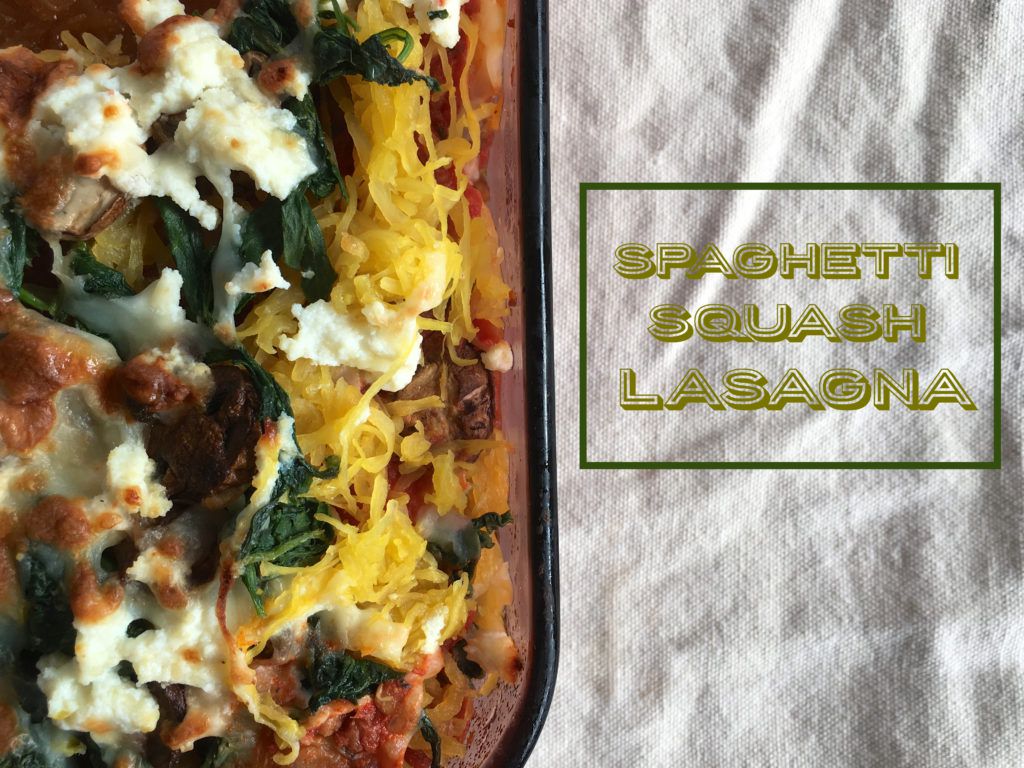 The holidays are over, but it’s still cold and rainy, so my desire to sit inside and eat all the food remains strong. I feel like there are two ways to do this:

Enter the Spaghetti Squash Lasagna. It’s mostly veggies so you can eat a whole lot of it it while binge watching an excellent show (this is really good too!) and feel really good about yourself.

We take some of our favorite veggies – mushrooms and kale – a tangy marinara sauce and layer it with spaghetti squash and 3 kinds of cheeses. This recipe isn’t overly cheesy (though if you add lots I will respect you greatly). But since a main goal of this lasagna is to feel guilt-free while eating as much as possible, I was a bit stingy with the cheese. For added heft, hearty lentils are stirred in to the marinara sauce to ensure that – at some point – we’ll fill up. It’s not complicated, but it’s a cozy, healthy dinner that lets us stay home (safe and warm!) to ride out the month of January.

This recipe isn’t hard, but there are a few steps involved. Once big time saver is to buy pre-sliced mushrooms and pre-washed kale (thanks Trader Joe’s!). I can also confidently state that this lasagna tastes great the next day – it’s possible I liked the leftovers even better!

Other greens – such as spinach – will work just as well, but if they have a lot of water (such as spinach), be sure to drain off the water before building the lasagna. Otherwise, the lasagna will be a bit soupier than intended!