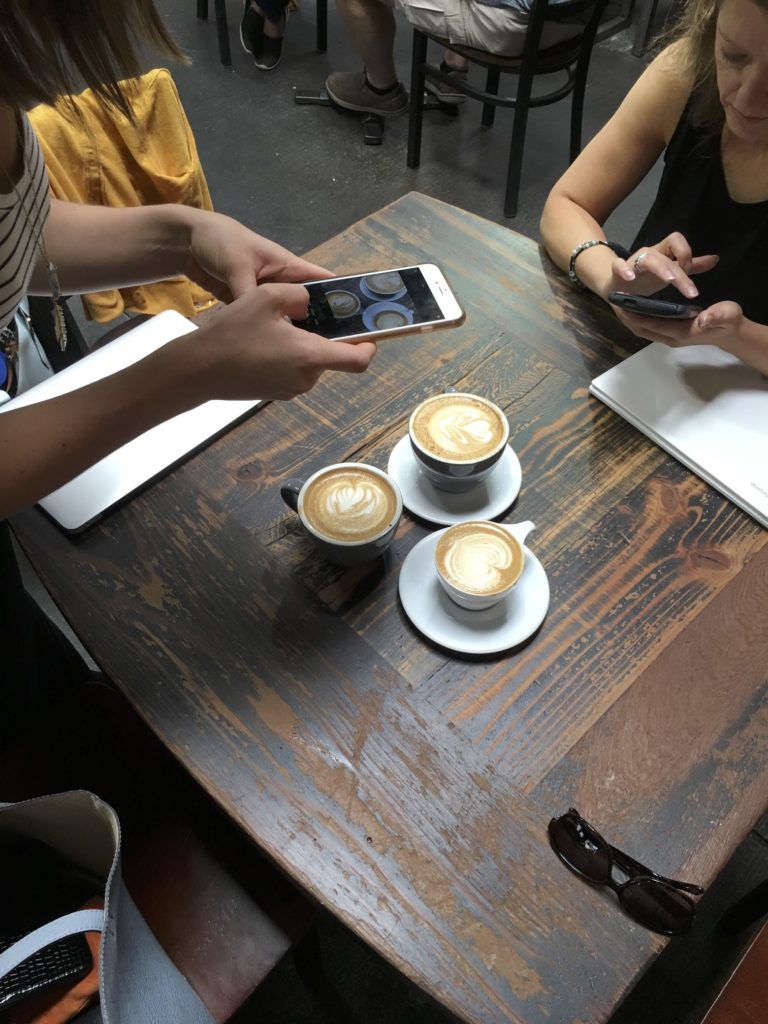 Here’s the deal: we’re currently at IFBC, and while we sit and taste new foods, vendors come around and offer us their goods. 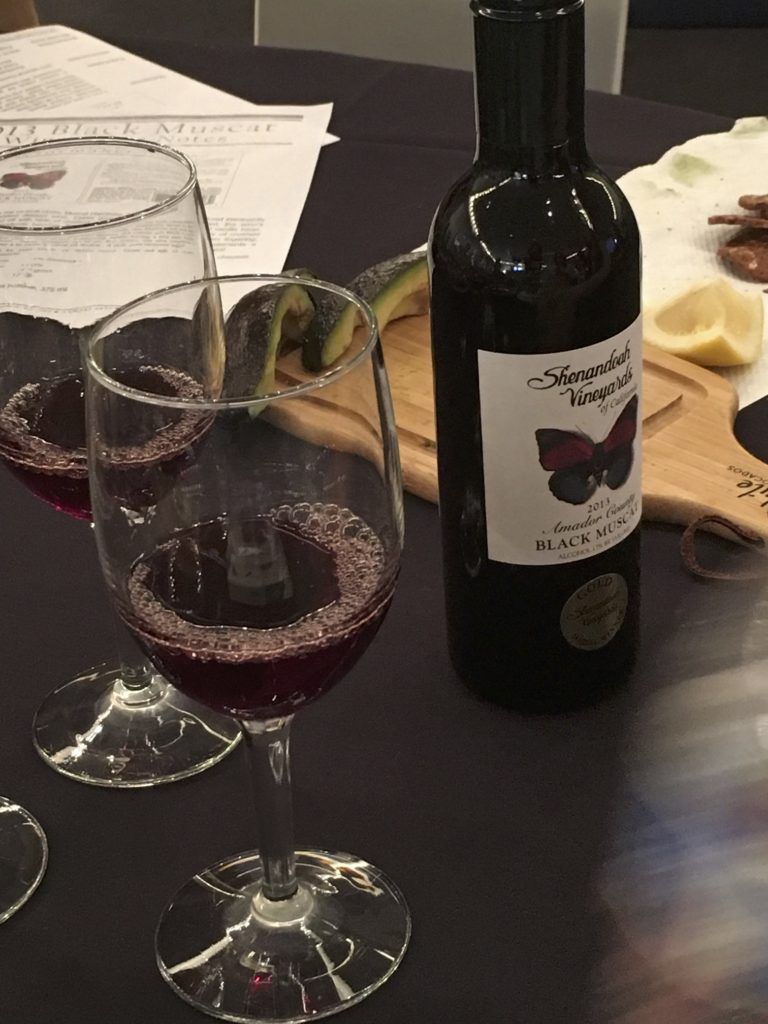 Next up – Mighty Kong Muffins. Small, dense, cake-like muffins that pack a nutritional punch. We tasted the chocolate chip (natch), and it definitely tastes a bit healthy – which is a pro in my mind! 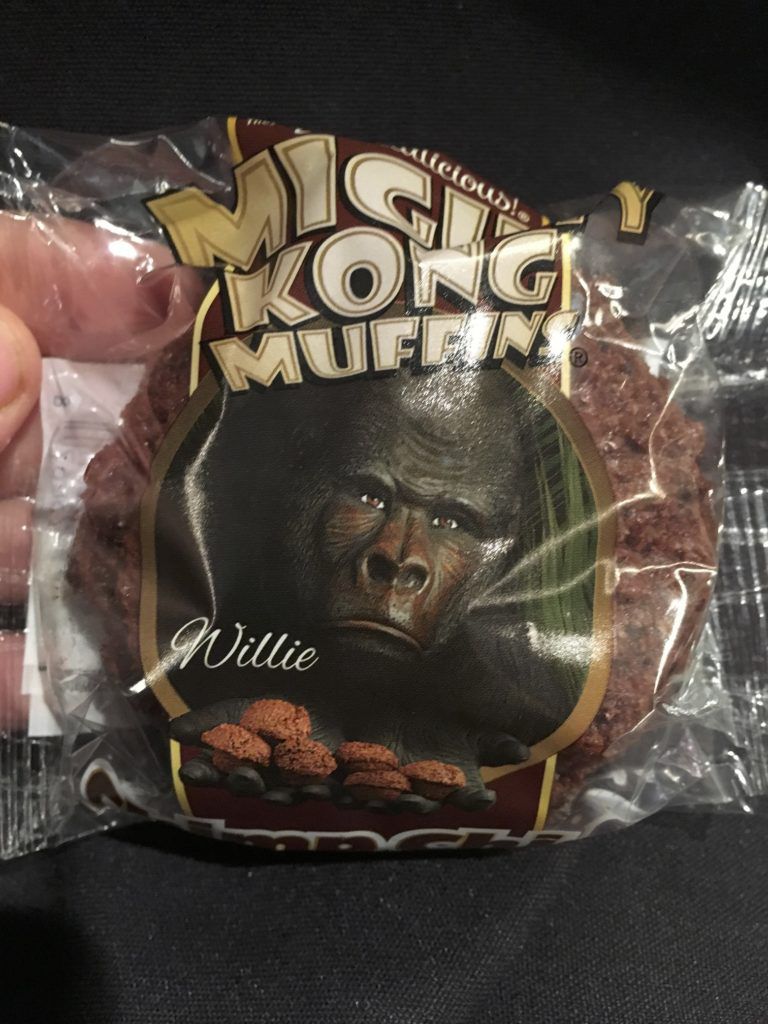 Stop number 3 – fishpeople. They dropped off a coupon for us (and a sample too). They have a sustainable production process, and and source all of their fish from small, independent fishermen. If you go to tracethisfish.com, they have a way for you to trace the fish back to the source. 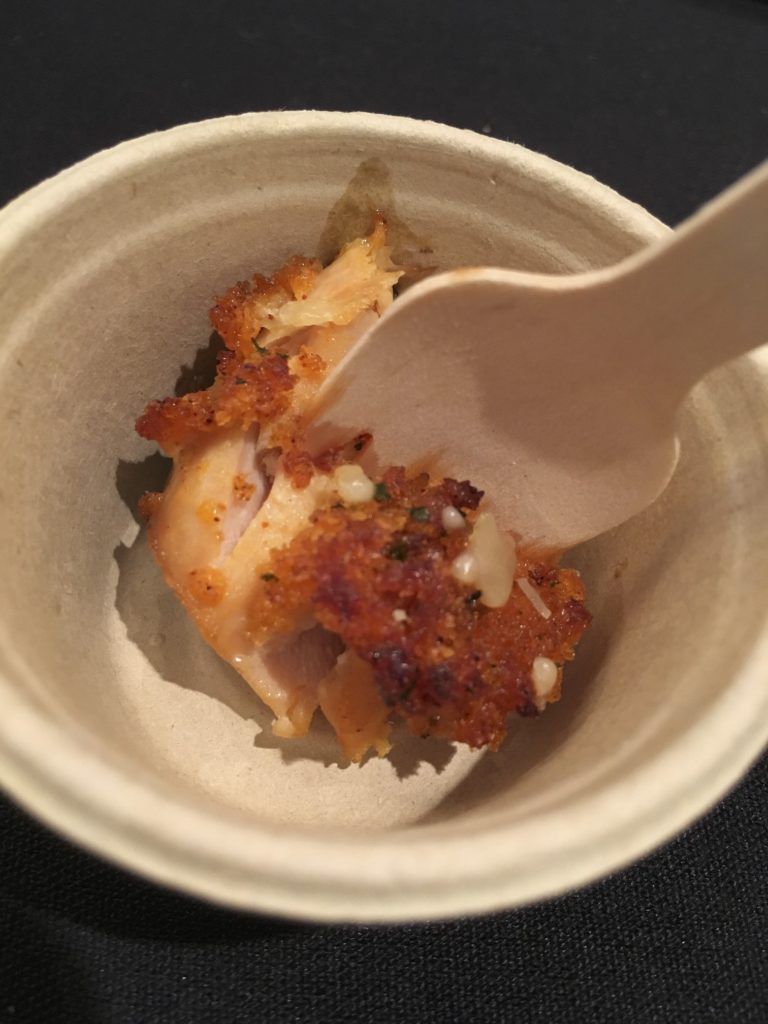 Their product comes in a kit, so the fish and seasonings all come in one package in that creates a whole meal.

Vendor #4 is Copay Valley Ranches oil – we tasted a few of their olive oils, including a blood orange oil that was TASTY (it was worth the all caps, promise!) 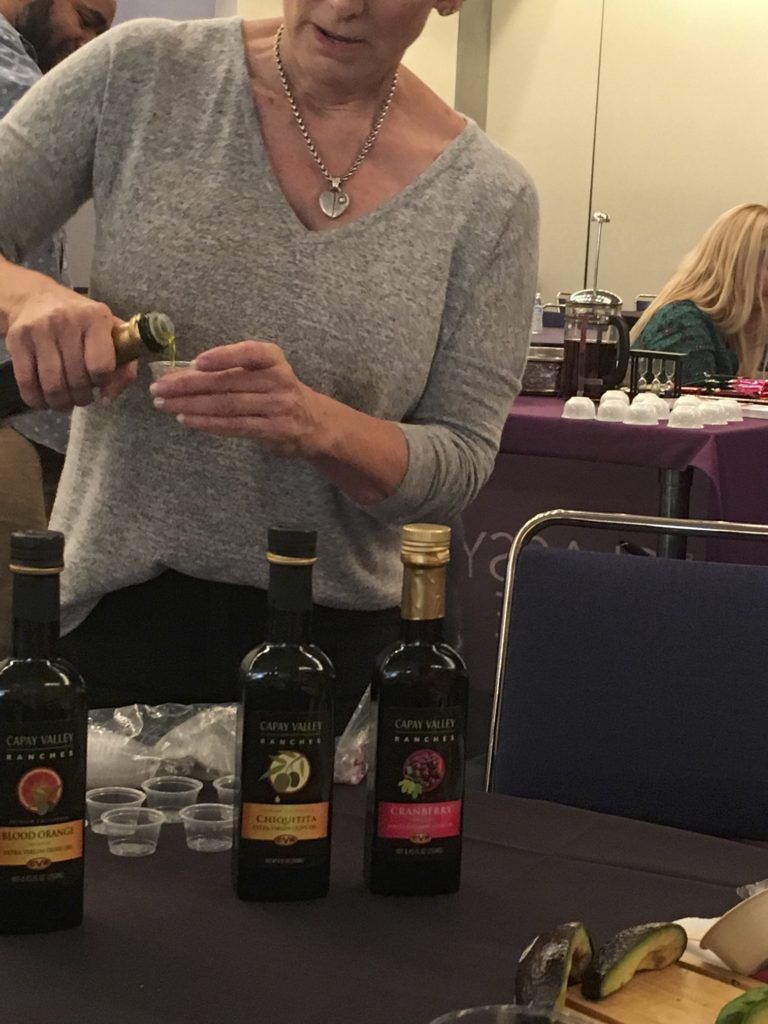 After the oil, we got to meet the folks from Classic Hippie Tea Co. Vivacious were these folks – they served us various forms of organic teas, including one that the served cold and mixed with champaign. 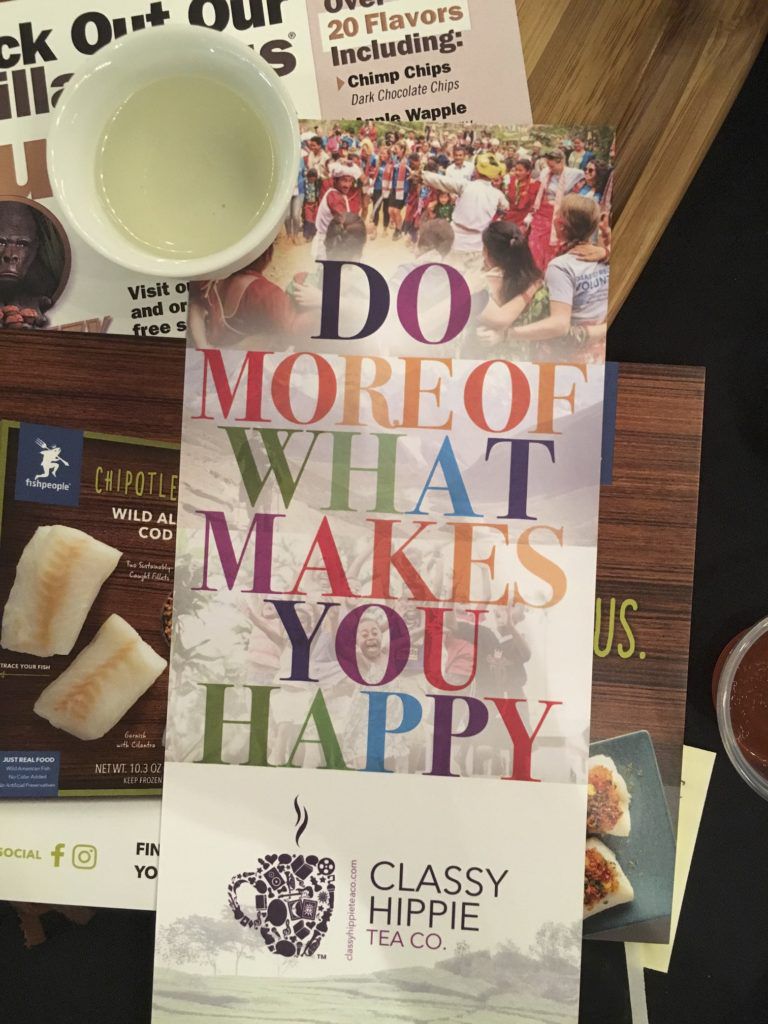 Bella Grace wine came to visit next – we tasted a 2016 Graces Blanc, a blend of Grenache, Vermentino and Rousanne. It was quite tasty, and also a family owned business. 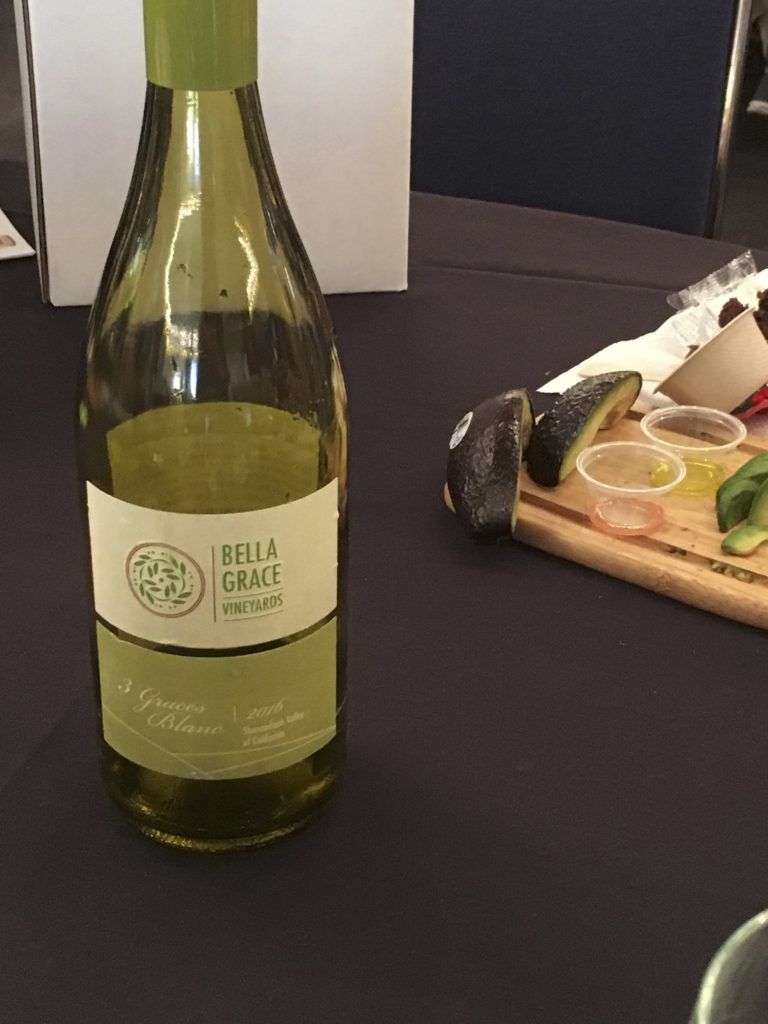 We were listed next by Naples Drizzle, an oil with red peppers and no other additives or preservatives. We had similar oils when we visited Italy a few years ago, it’s delicious. They suggested using in eggs, on drizzled on pizza (as pictured below), also using to make popcorn. 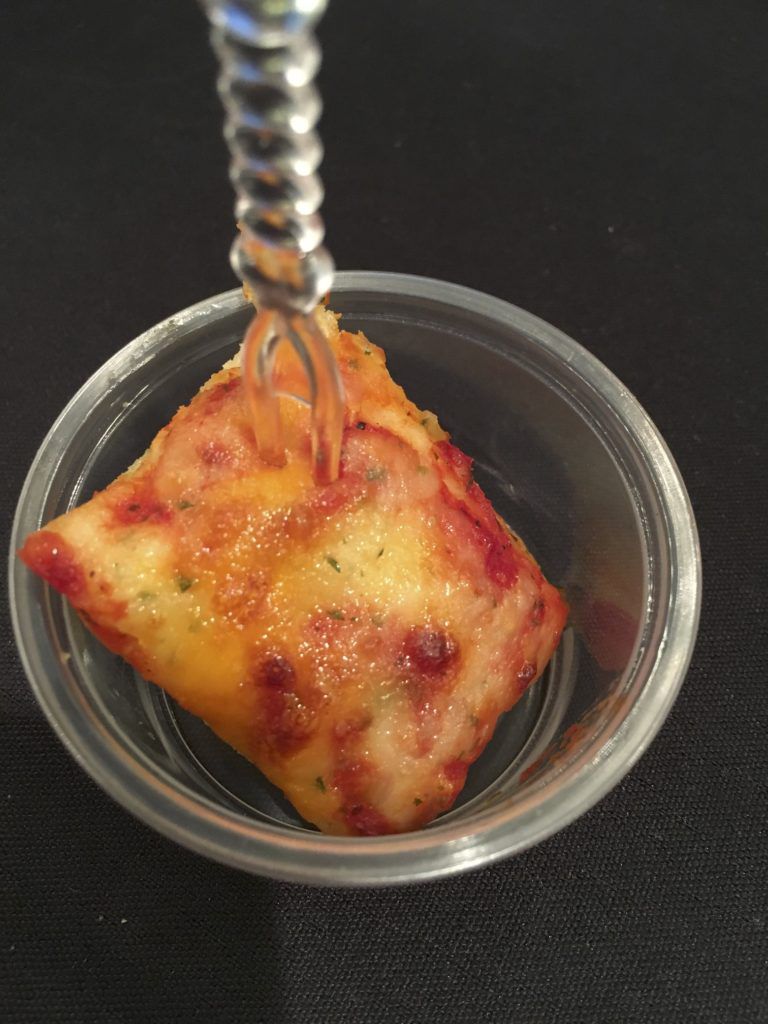 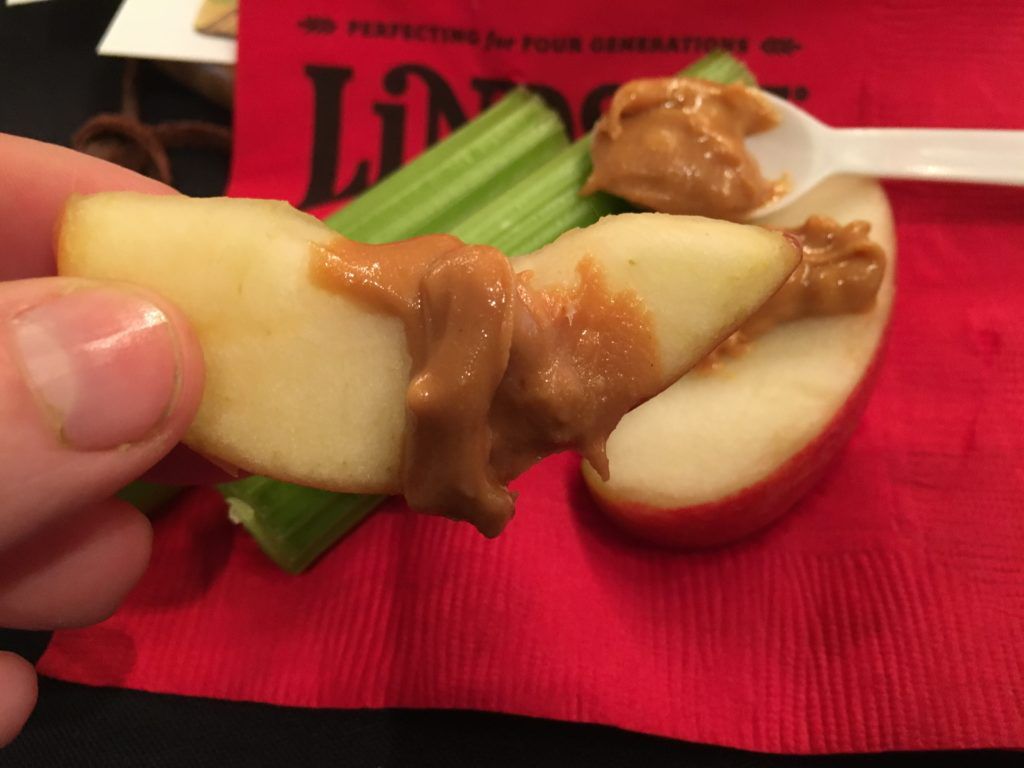 We were visited next by Iron Stone Vinyards, who poured a white, Symphony. 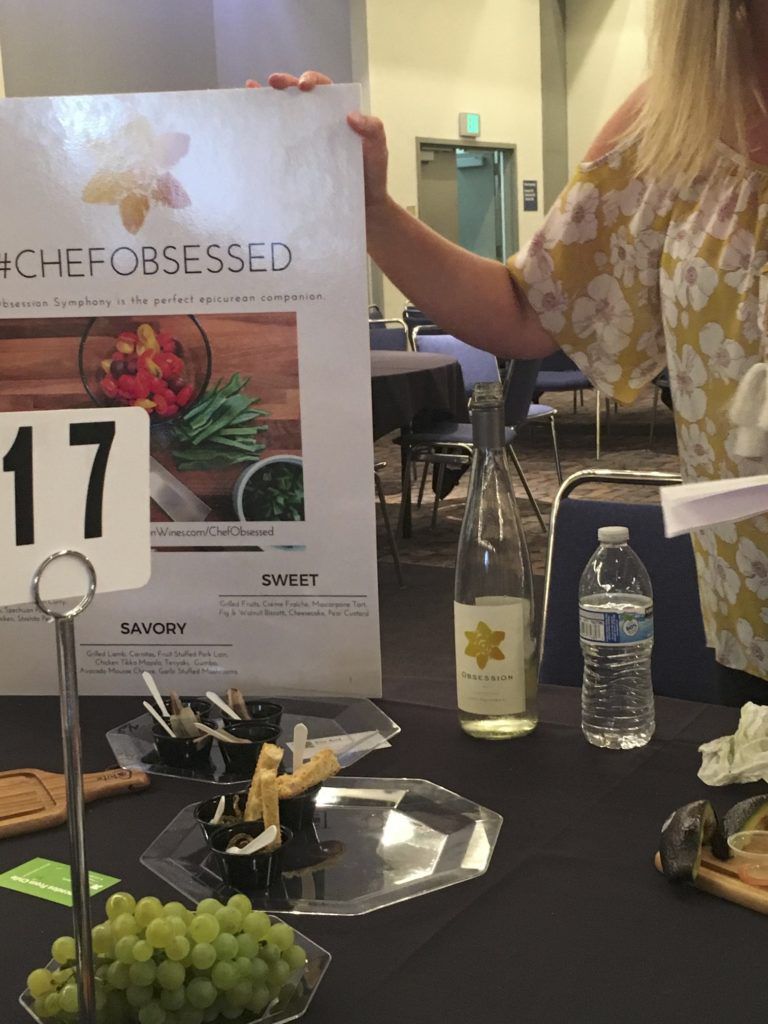 And finally, our friends from Fruits from Chile, who came with a clementine cooler – quite tasty, and with vodka or gin, an *amazing* summertime drink. 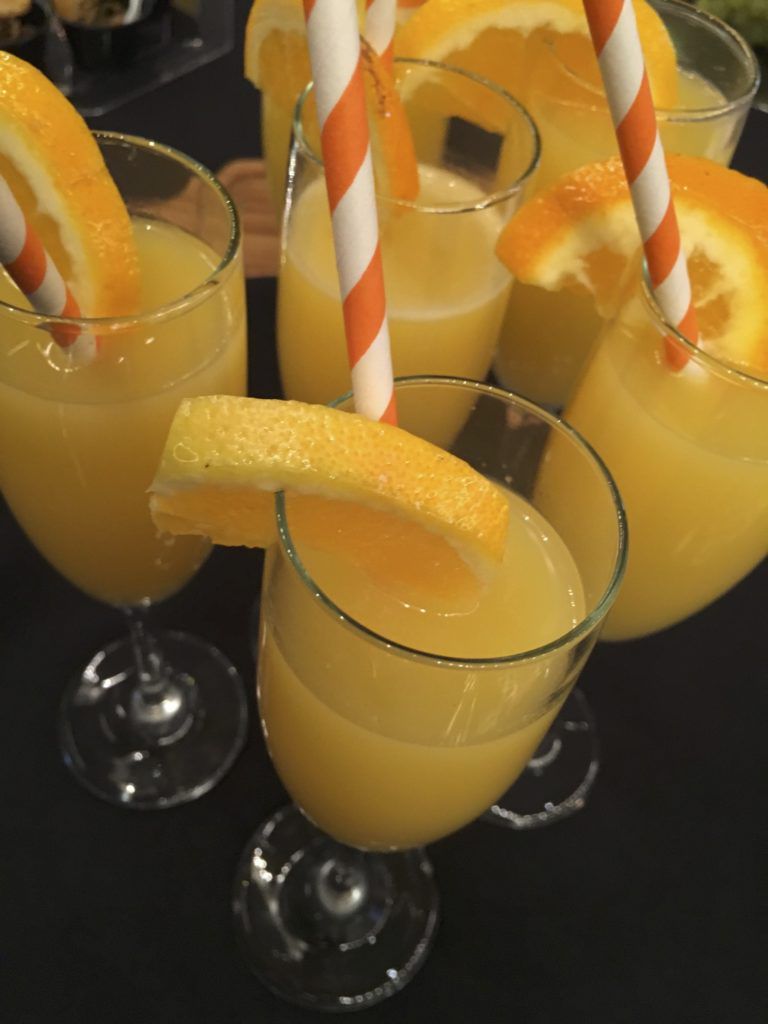 Posted on September 30, 2017
Posted in Uncategorized

2 Responses to Live Blogging at IFBC