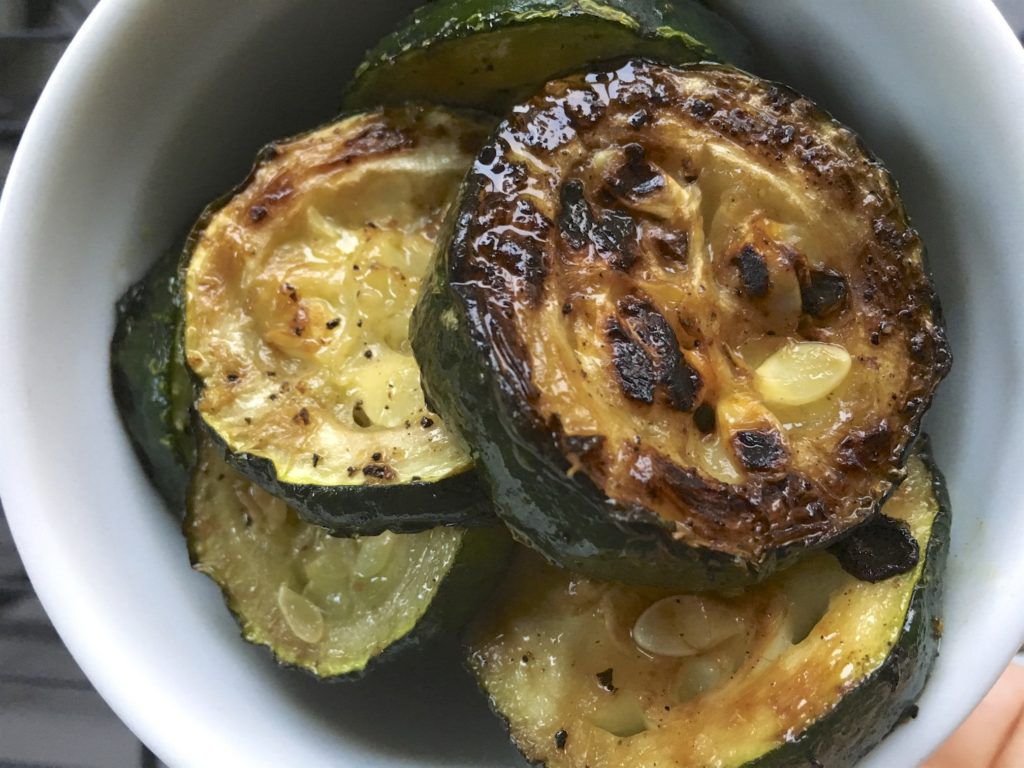 It’s possible this is my most non-recipe recipe I’ve put on the blog, but this zucchini “technique” is by far my favorite way to prep the veggie and how we eat it most frequently. When I told Brandon it was zucchini month on the blog, his response was, “You’re going to post the pan seared zucchini, right?” I initially thought I wouldn’t – there’s not much to say about it – but then reconsidered, because if folks aren’t eating their zucchini this way, I highly recommend it.

As I continue to document, I’m a big fan of roasting veggies – with zucchini as a big exception. I’ve done it a few times, and it’s fine, but often a bit mushy and not amazing. Pan searing is the way to go, my friends!

Here’s what we do:

And that’s it! I make enough that I often have to do it in a few shifts. Here’s some photos: 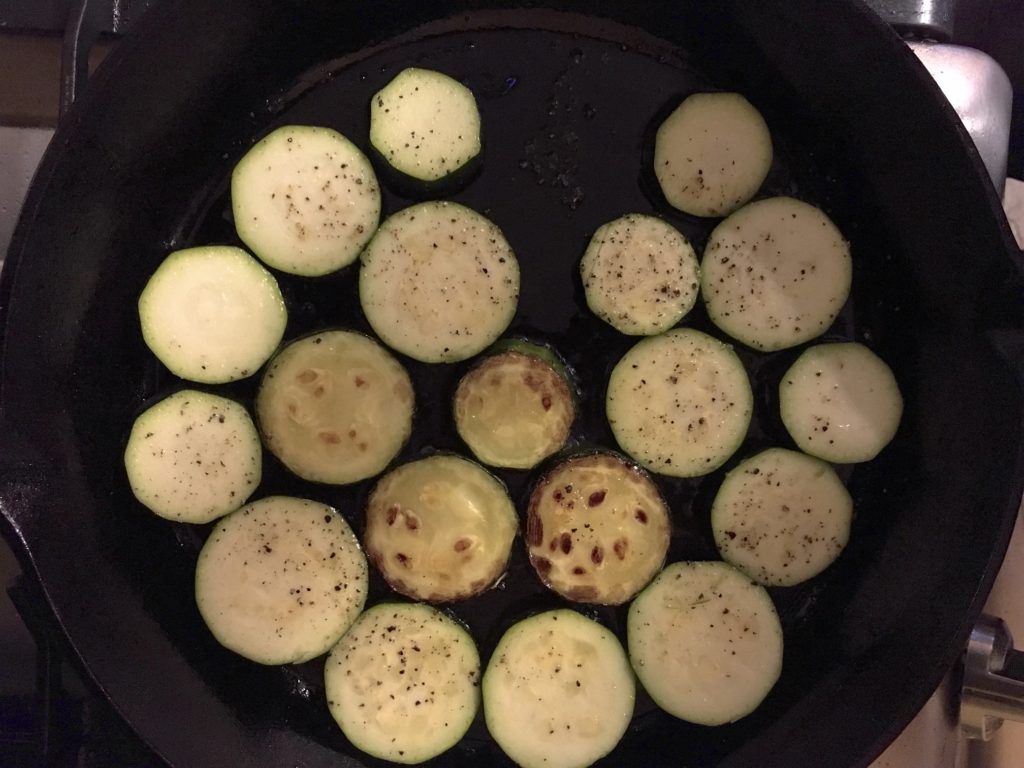 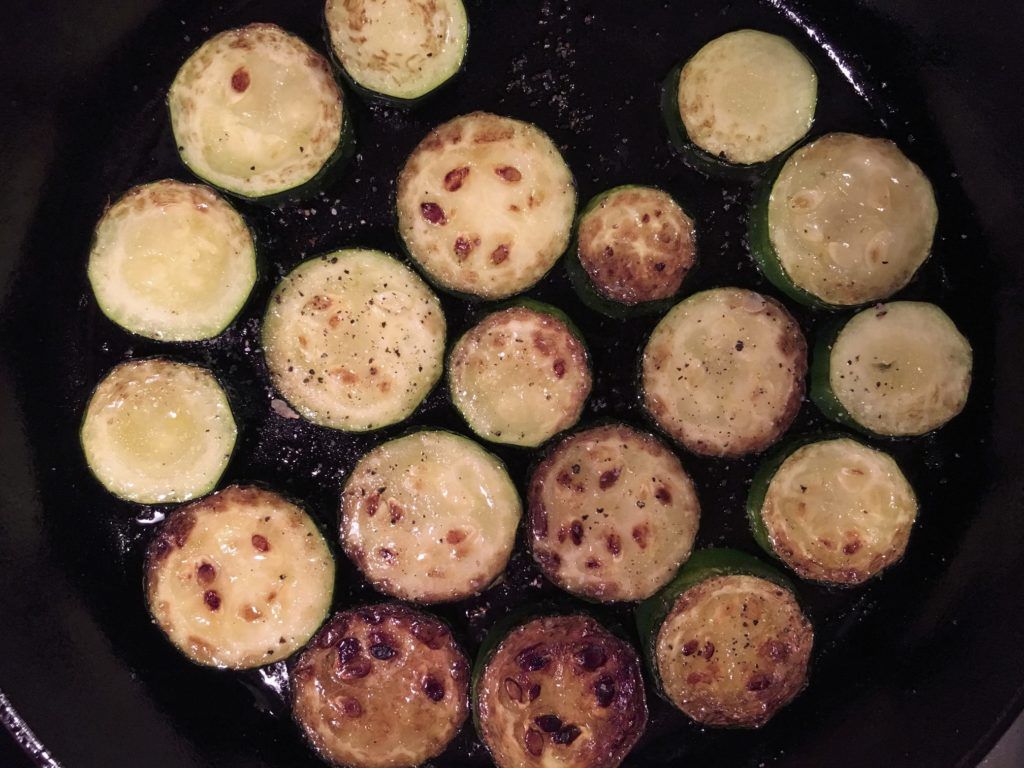 Posted on August 20, 2017
This entry was posted in healthy, quick and easy, side dish, vegetarian and tagged summer, vegetables, zucchini.

One Response to Pan Seared Zucchini