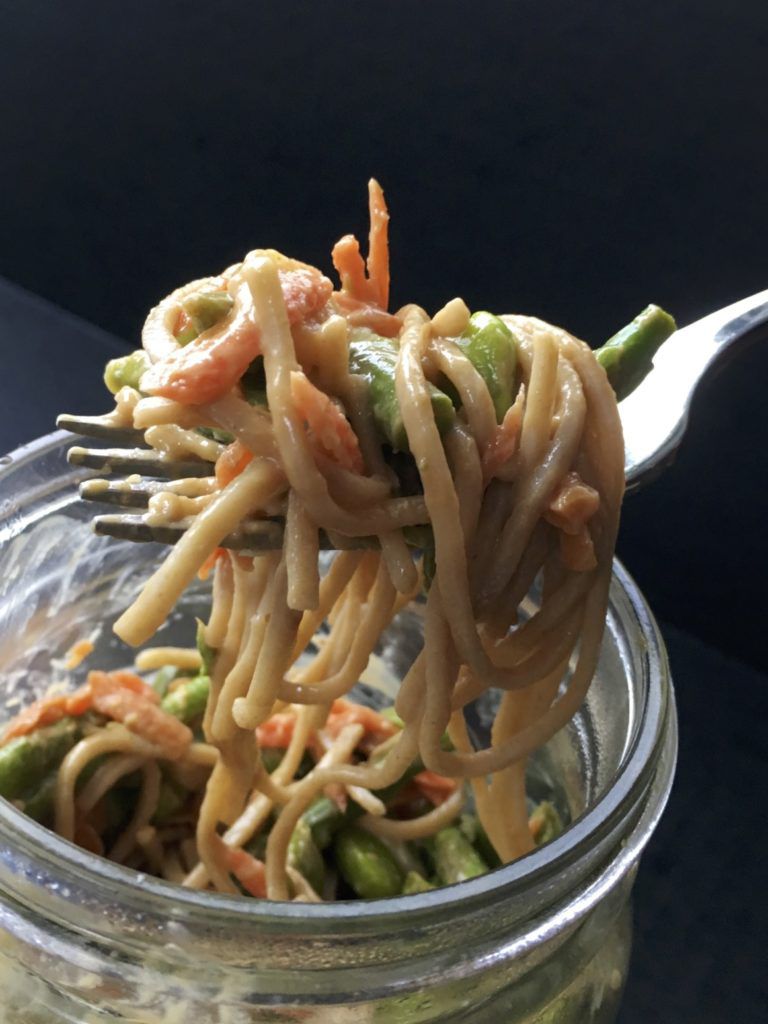 There’s something about air travel that makes me hungry – I’m very sure that it’s because I’m bored, but I’m never more excited/anxious for a snack as I am when I’m 35,000 feet in the air. Since airplanes invariably have food that’s unhealthy, expensive, and in quantities that don’t meet my hearty appetite, I try to bring my own food.

Of course, I always try to bring cut up peppers, etc.  (just to control the snacking), but this soba noodle salad has become a go-to. It’s healthy and filling, stores well in a mason jar, and (if you’re the chatty sort), helps you show off/make friends with flight attendants and seat neighbors (“Oh! What’s that?!” and “What a great idea!” are common comments). Also, as long as you shake up the sauce and the noodles prior to going through screening, it should be TSA compliant.*

* note: I did once, seriously, get stopped by TSA when I left the dressing pooled on the bottom of the jar, rather than shaking it up prior to going into the jar. It was told the peanut sauce was considered a “gel” but that since it looked like less than 3 ounces, I was fine. Since then, I pre-shake the jar and haven’t had any issues. 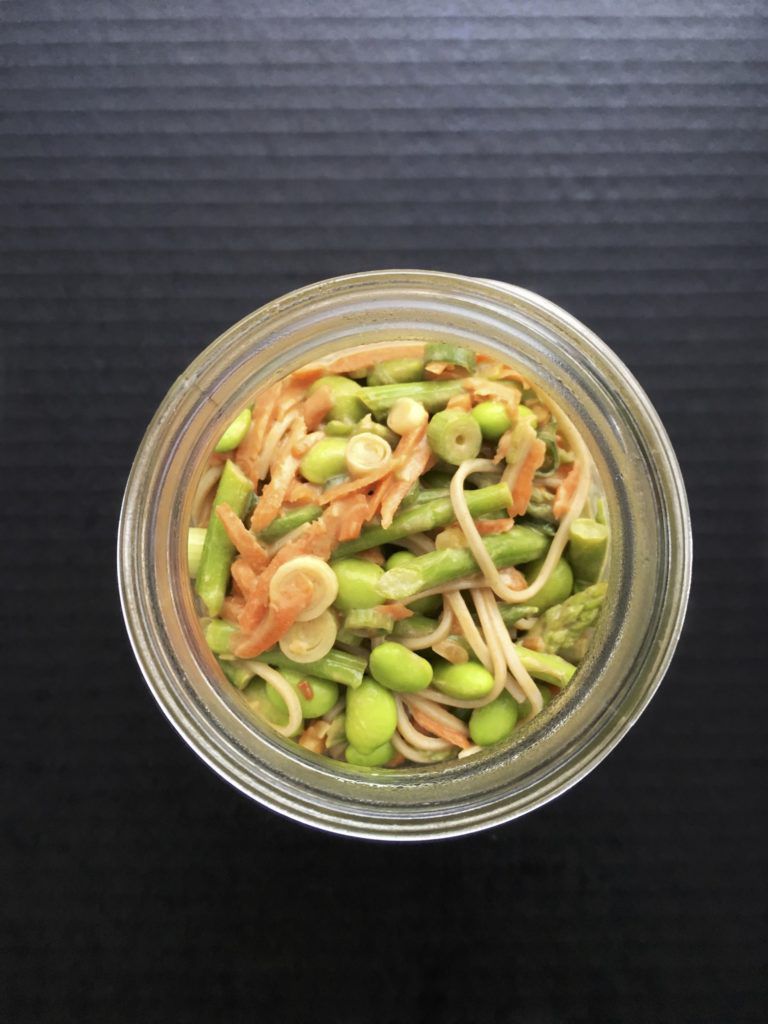 In a large pot of boiling water, cook soba noodles according to package directions. Rinse under cold water and set aside.

Cut the asparagus in to bit size pieces, and blanch in boiling water, 3-4 minutes until tender-crisp. Drain in colander and set aside.

Posted on May 21, 2017
Posted in healthy, main dish, travel, vegetarian