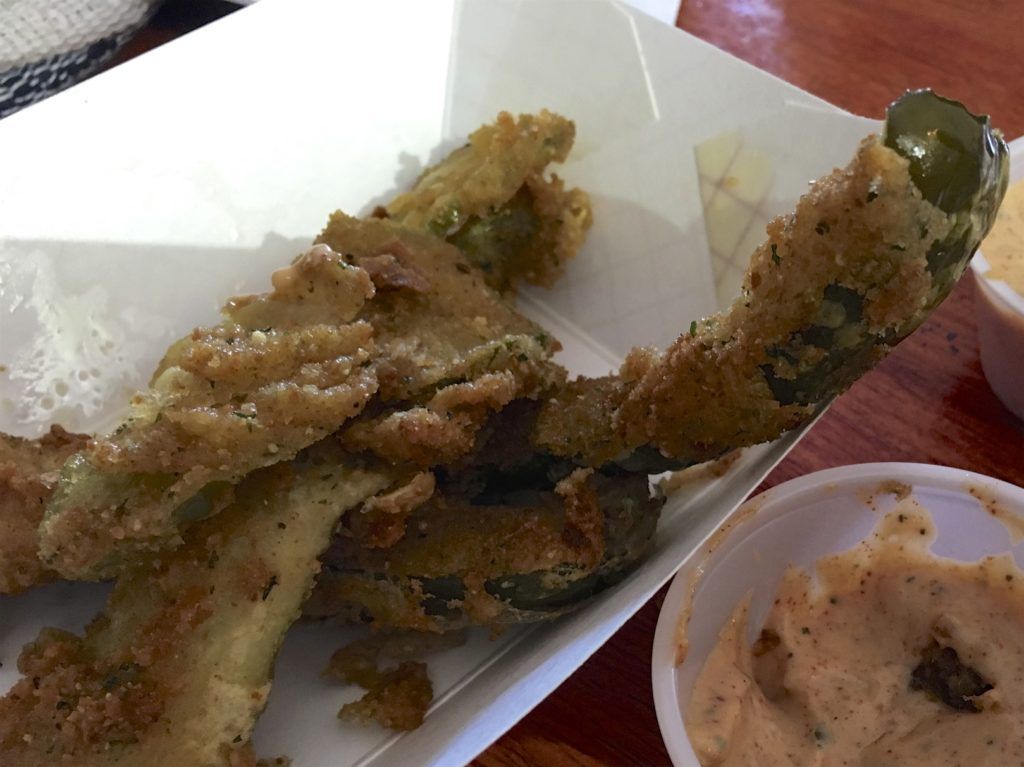 Hello from the southern (and currently eastern) part of the country! I’m on a bit of a US tour right now – was Louisville, KY, have since moved on to DC (both cities for work + fun), and in a few days will head to NYC (just for fun). I’m having a great time with some colleagues (both inside of meetings and, ahem, outside of work) and seeing parts of the South that I’ve never been to before.

I can define my culinary experiences in Louisville in two categories: fried and bourbon-filled. Thankfully, I love both of those food “groups,” so it was gastronomically successful, for sure. I also had a great time with a few of my girls seeing the city and all it has to offer. We were there a week before the Kentucky Derby (or just “derby” as locals call it), and the town was buzzing with excitement (or resigned to it, depending on who we talked to). Following are some photos of our adventures around town.

My time in Louisville was divided: two days of meetings, and two days of screwing around in the city with my two girls, Allica and Elysa. This was the first evening, joined by our pal Raymond, and later, our friend John. It got very silly, very fast (truth: fried pickles x3 happened). 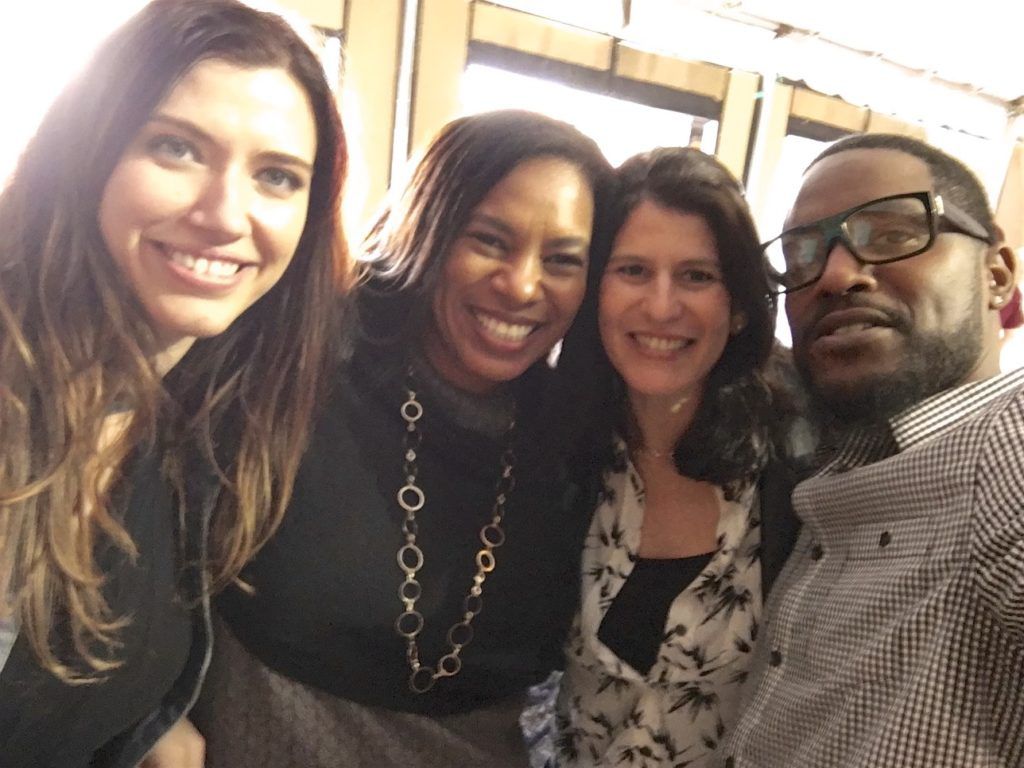 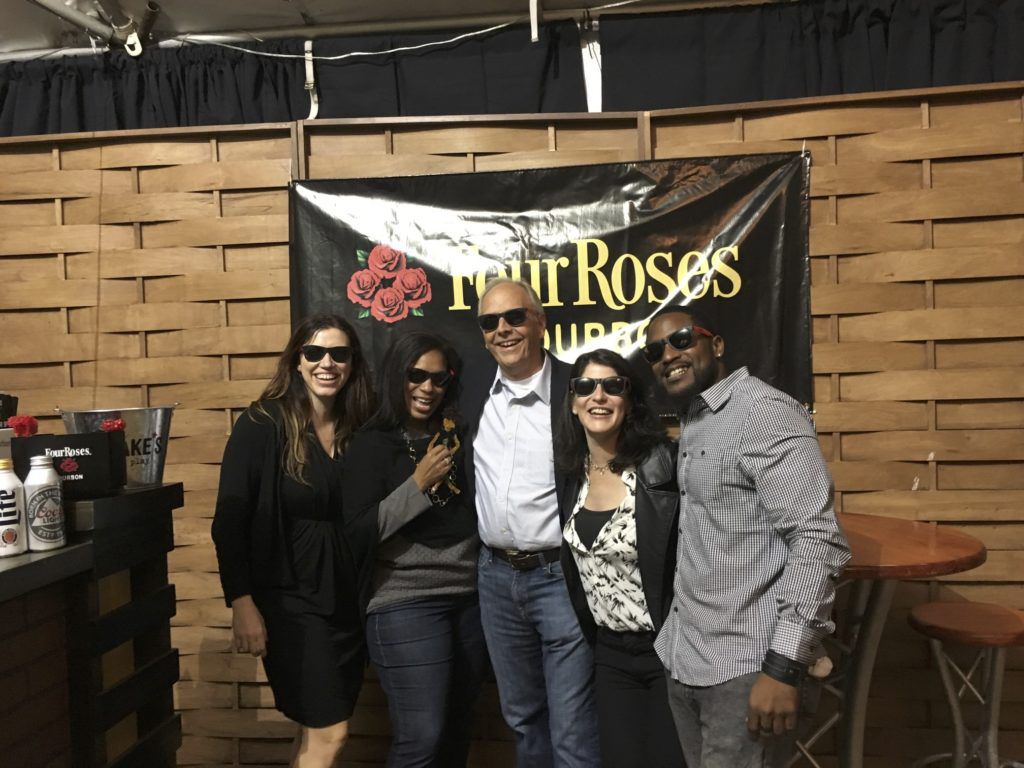 I went running the next morning (note: fried pickles x3), and saw a bit of the city. There are lots of cool old buildings (and lots of references to bourbon). 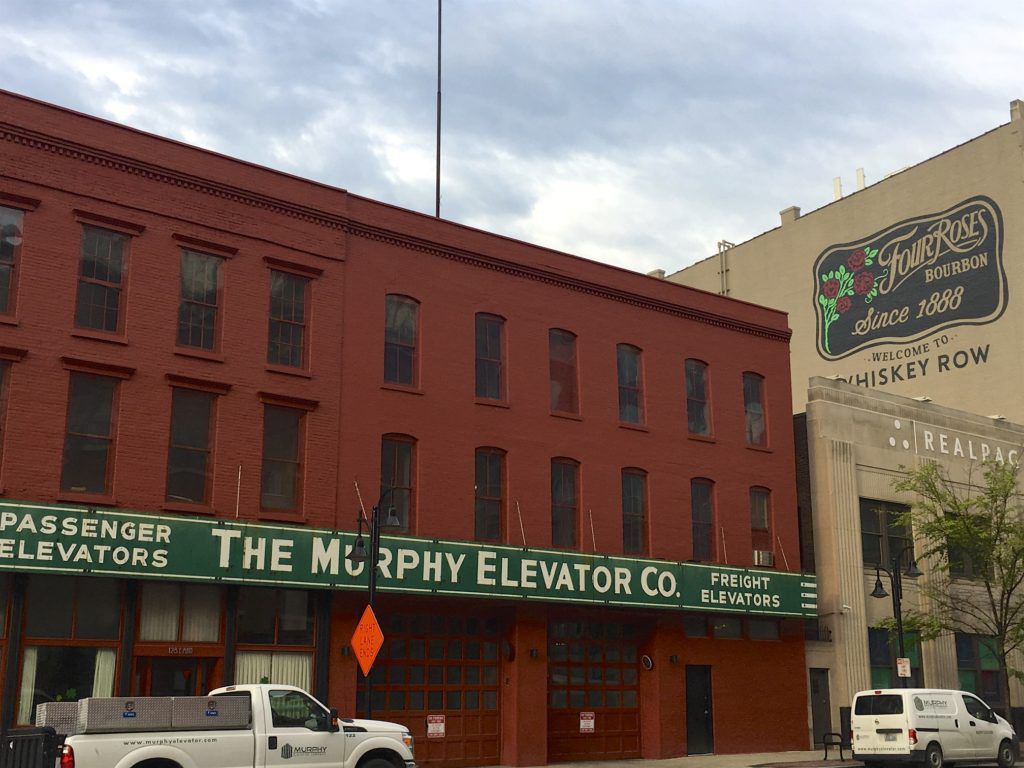 The bridge in the background is the Big Four Bridge down at the waterfront, it crosses over the Ohio River and links Louisville to Jeffersonville, Indiana. 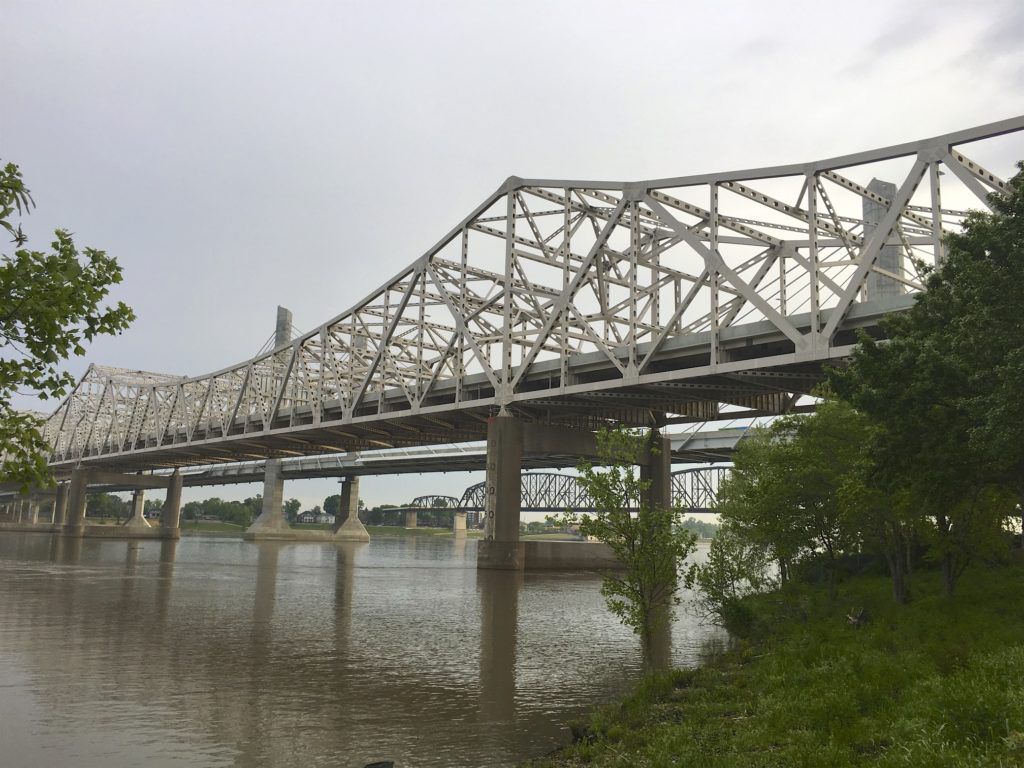 Also seen on my run: 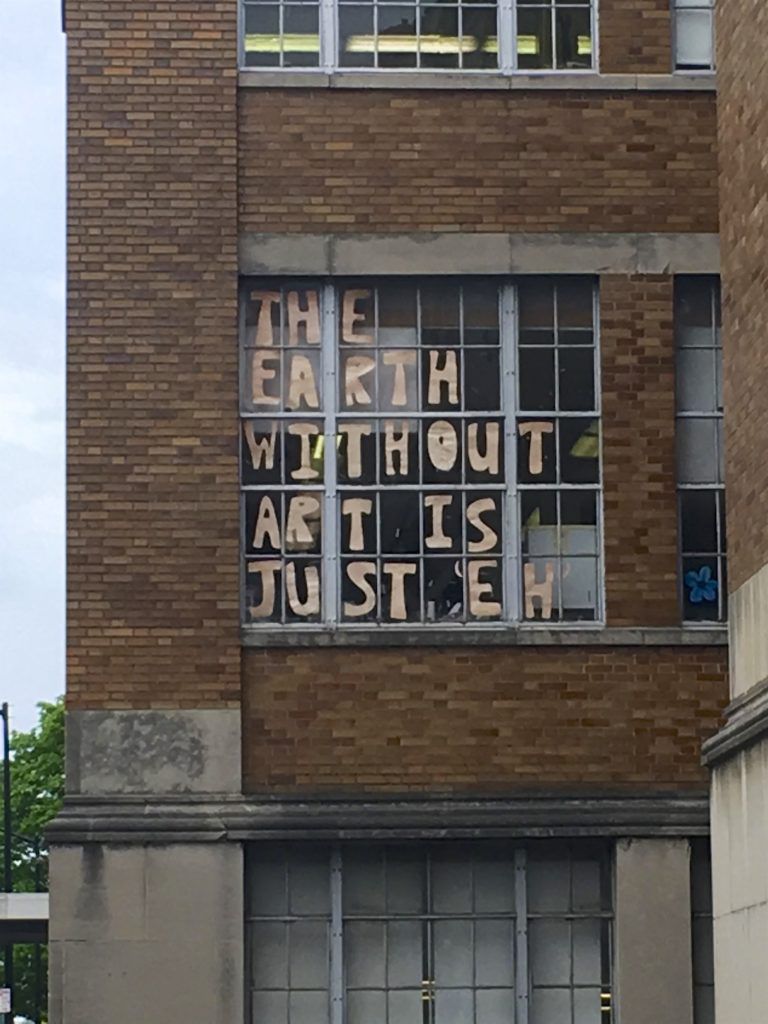 Since we were in such a bourbon-focused city, we couldn’t miss the opportunity for a guided tour. We went to the Evan Williams Experience, which was super fun, interactive, and (importantly!) not too long! You’re greeted at the front by a large sculpture of bourbon. 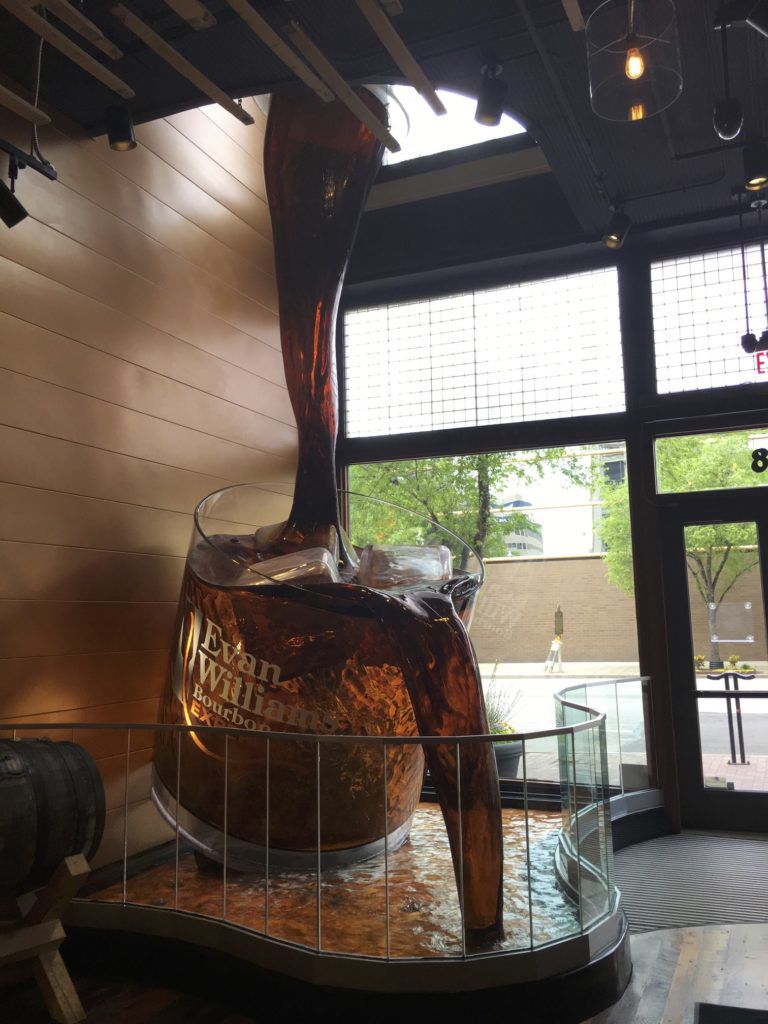 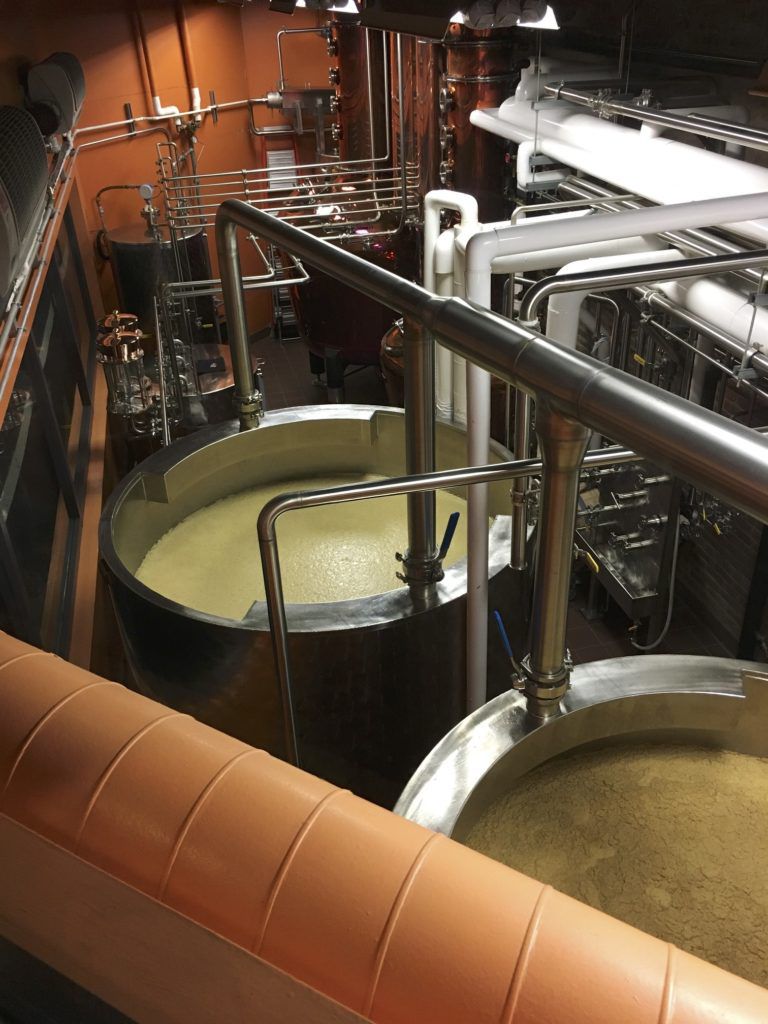 Another super cool thing we got to do: go into the stables of Churchill Downs. Allicia knows someone who owns a race horse, so we got a tour of the stable and pet the horses. Well, Allicia and Elysa pet horses and fed them carrots, I touched a horse or two and was concerned I’d somehow create a medical horse emergency (say, give a massive carrot chunk to a horse and make them choke), so I tried to stay out of the way (I’m not a horse person. I find them to be prohibitively large for me to feel anything other than slight unease). Getting to wander around back there was badass though! 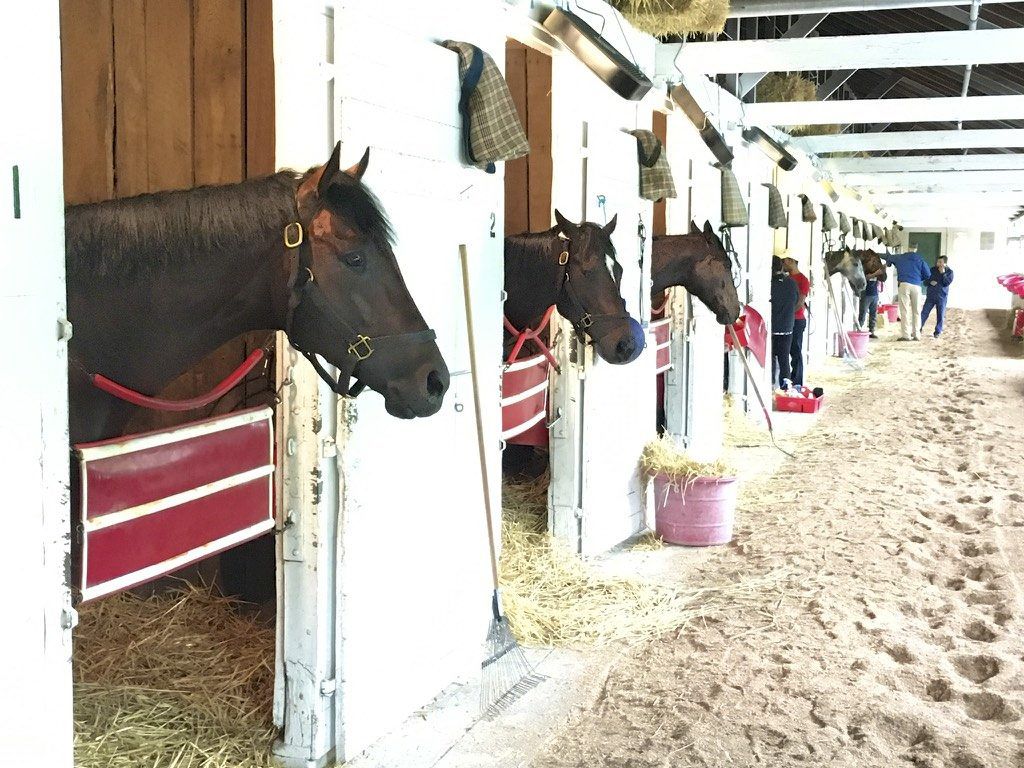 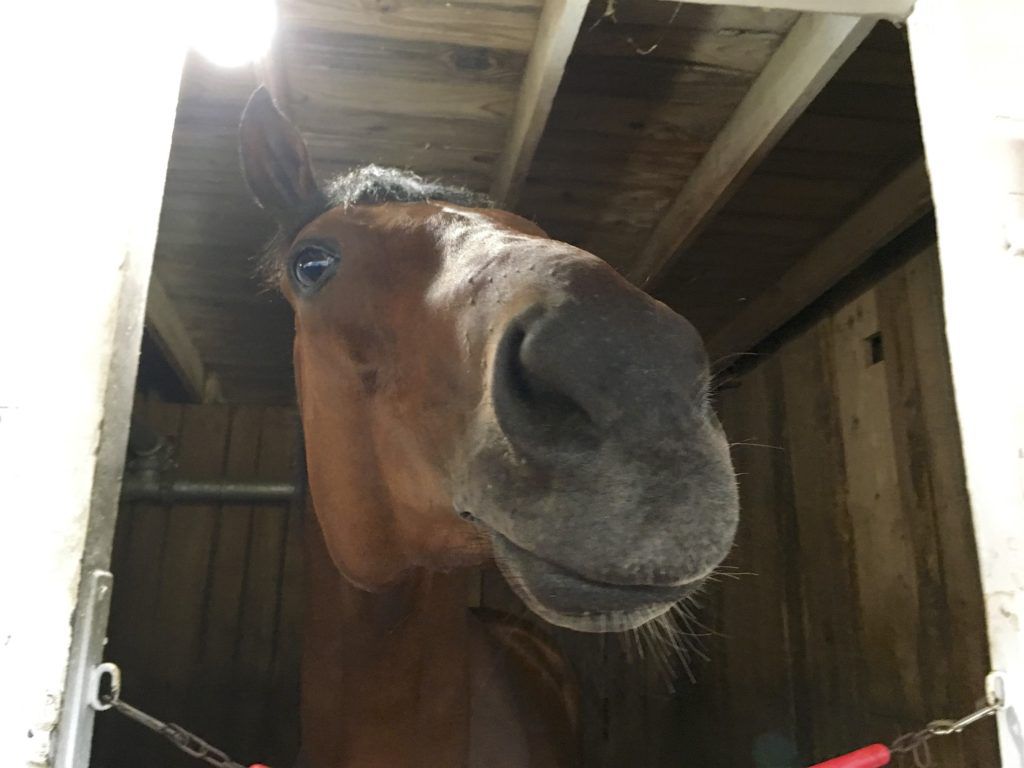 Also, the Louisville Marathon was happening that day, and the runners ran on the racetrack, which seemed like a cool thing to get to do. 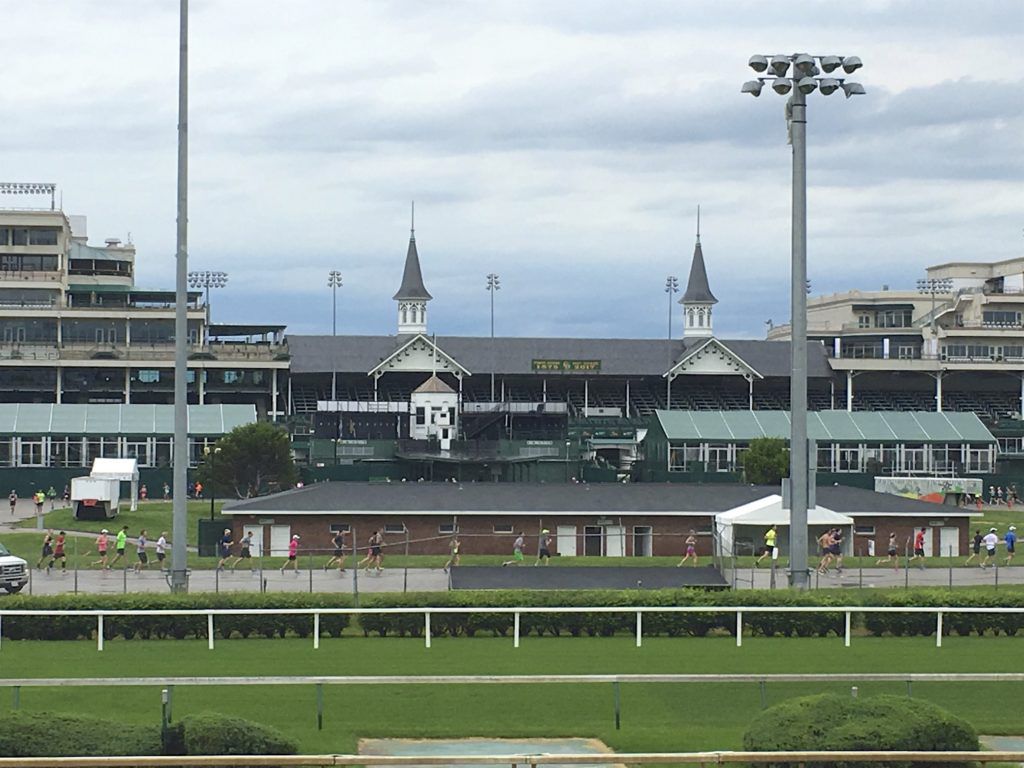 And on to the food! Of the things I ate, I have to say that the fried pickles (posted previously) were probably one of my very favorite things. Not surprisingly, vegetarianism isn’t much of a Thing there – not like it is in the PNW, anyway – and I was thrilled to find a delicious veggie burger toped with chow chow (which was new to me – it’s basically a vegetable relish) and a garden salad on the side. The meal was so healthy and hearty that if I hadn’t been sitting outside in sunny weather, I’d swear I was eating in Seattle! 🙂 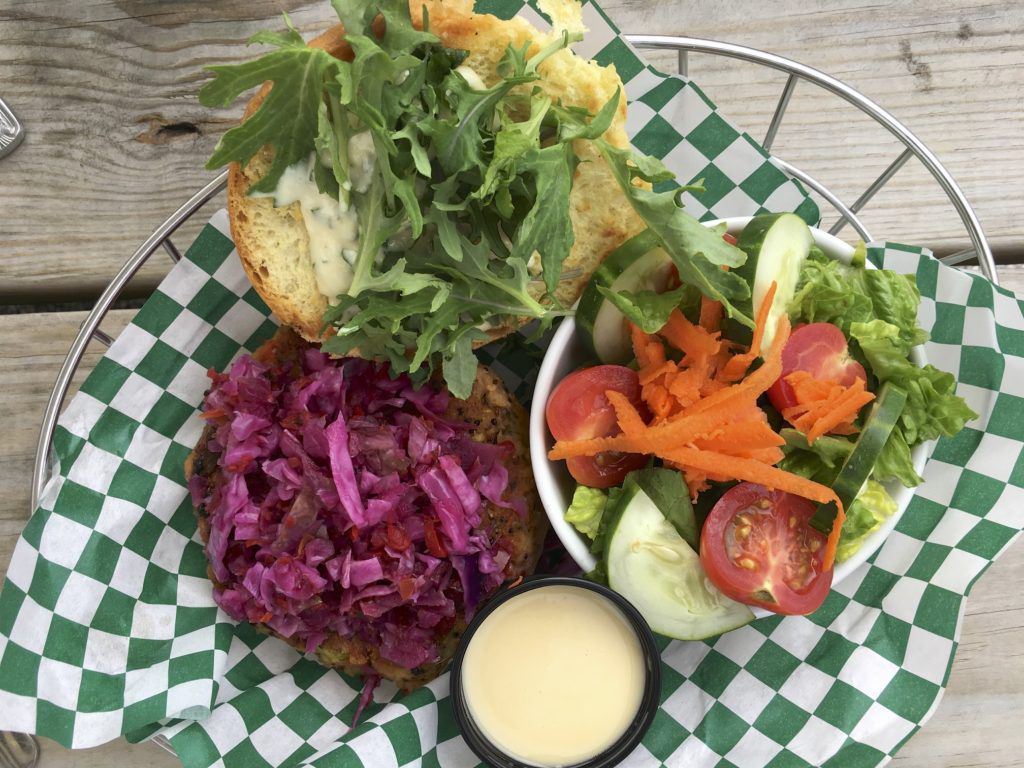 Other things eaten were less perhaps healthy, but looked and smelled (and tasted, as I was told) amazing. 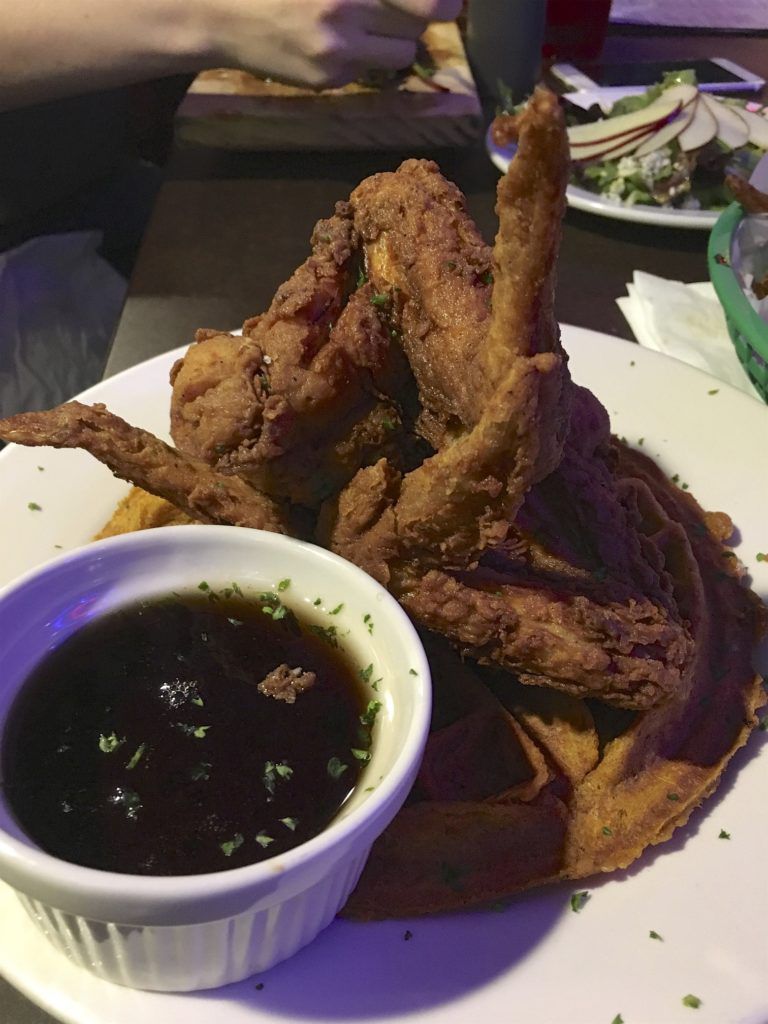 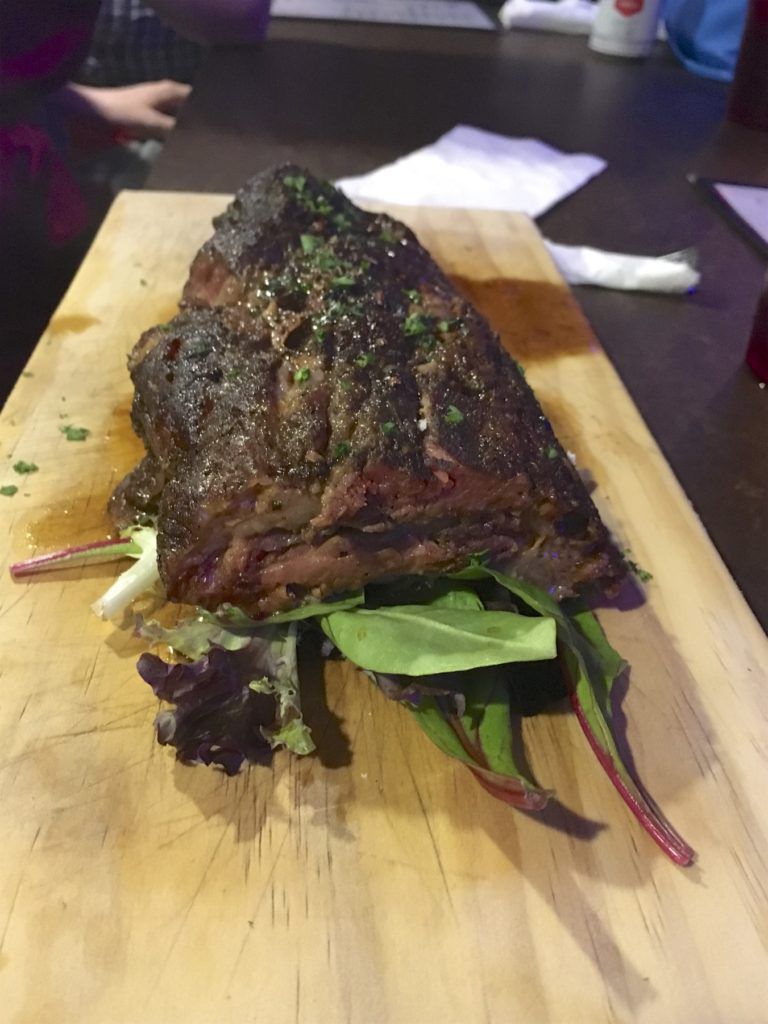 I had avocado toast one morning for breakfast, it was delicious: 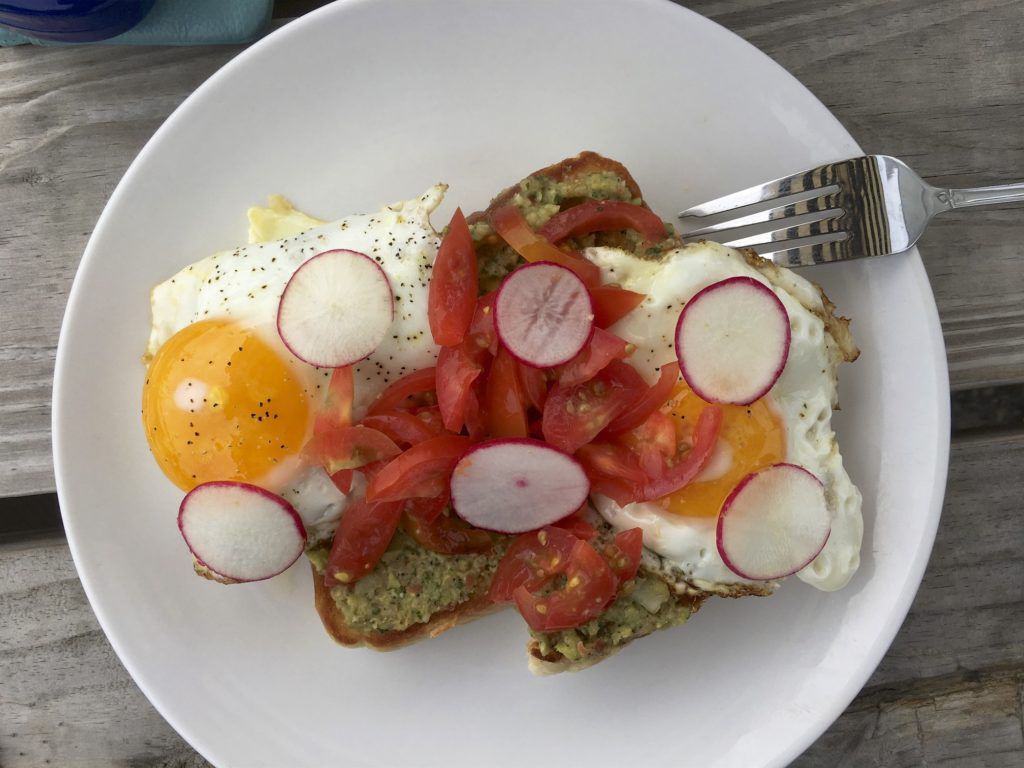 Also, there was some maple bacon popcorn: 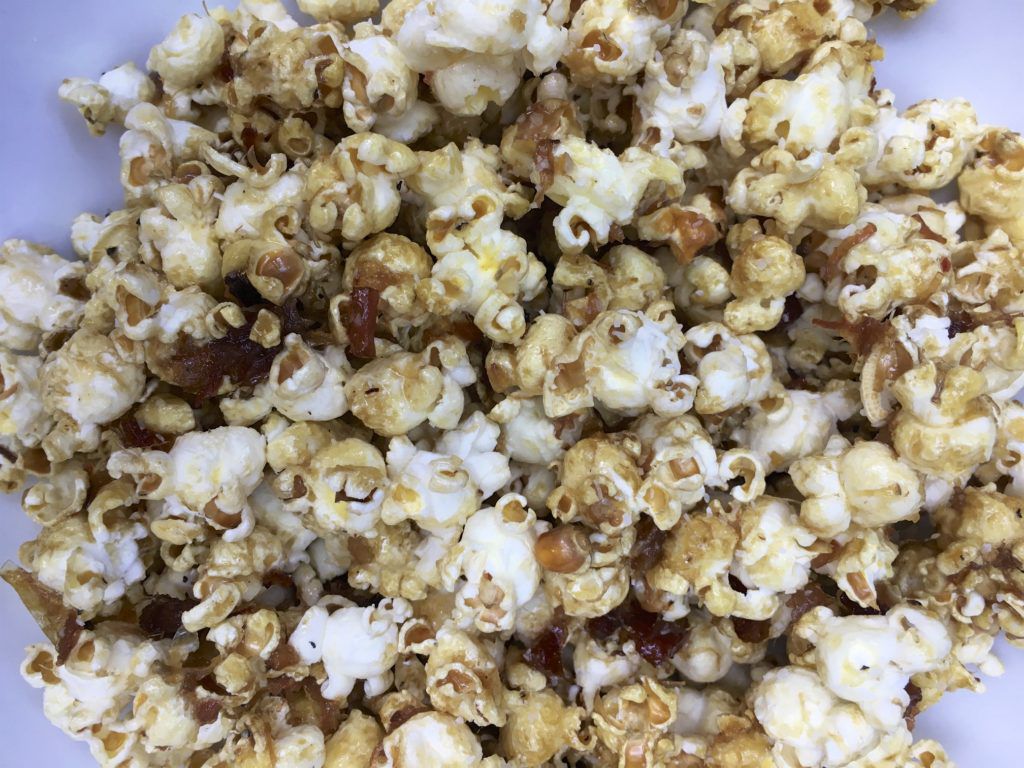 And last (but most definitely least –  it’s my favorite and that I more than one during our trip): a perfect Old Fashioned! 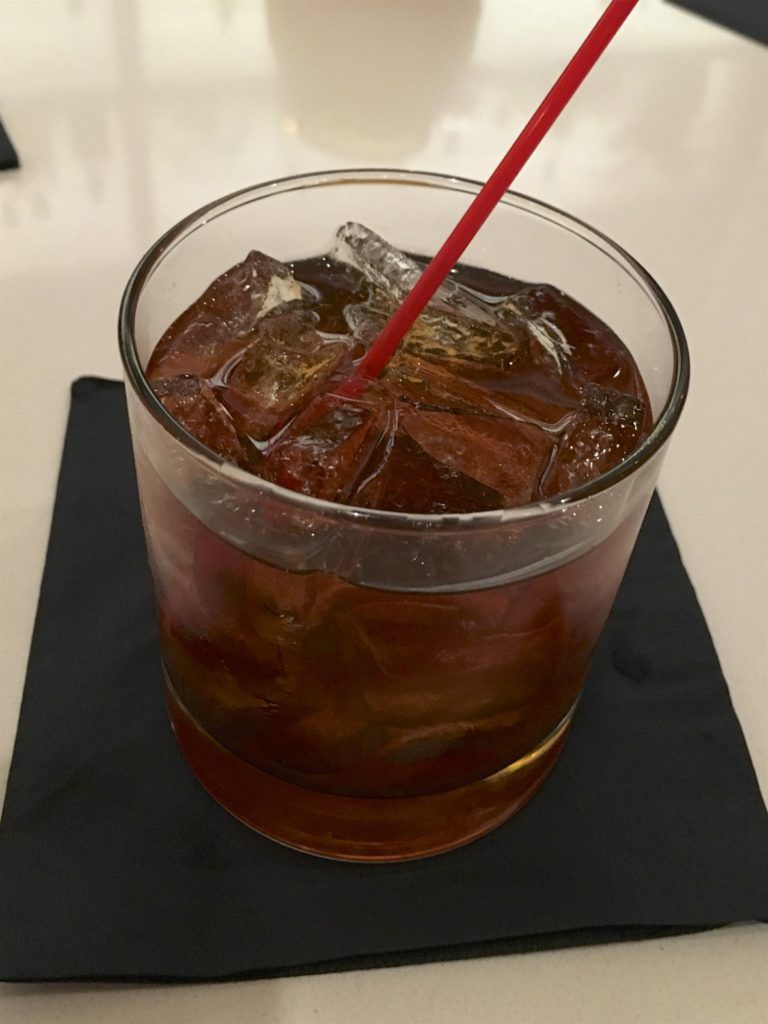 2 Responses to Adventures in Louisville, KY