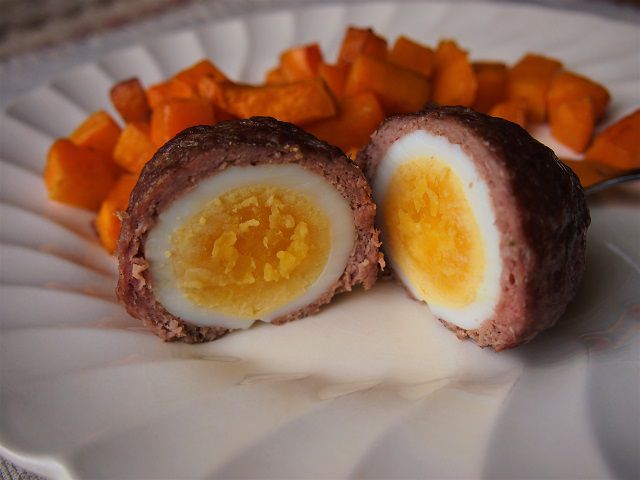 I have been wanting to make scotch eggs for a couple of years and have never gotten around to making them.  What could be more delicious than meat wrapped around an egg?!  I recently bought a lamb, not the adorably soft version but the processed and in my freezer version (which admittedly was once both adorable and soft).

I got to thinking lamb would be really tasty wrapped around an egg!  These scotch eggs would have been even better if they were duck eggs and not chicken eggs but alas this time of year I must use store-bought chicken eggs (boo hoo!).  The true impetus for making these and posting them this month was because I wanted to learn where scotch eggs originated.

According to The Telegraph, a UK paper, the Scotch egg has been enjoyed for centuries in Britain as a portable tasty treat.  Apparently in the 1990s in Britain they became somewhat of a disgusting gas station snack that no one dare eat!  Were the nineties a good decade for anything?!  Even though the Brits take credit for the scotch eggs it appears they may have entered their culture during the time of British Rule in India.  A dish called Nargisi Kofta which is hard-boiled eggs encased in spiced lamb (yeah, lamb!) pre-dates the scotch egg.  Why are they called “Scotch” eggs?  Likely because at one time “scotch” meant an egg that had something done to it.

inspired by these eggs

Preheat the oven to 375 degrees Fahrenheit and have a small stoneware or other baking dish ready to place the prepared eggs in. 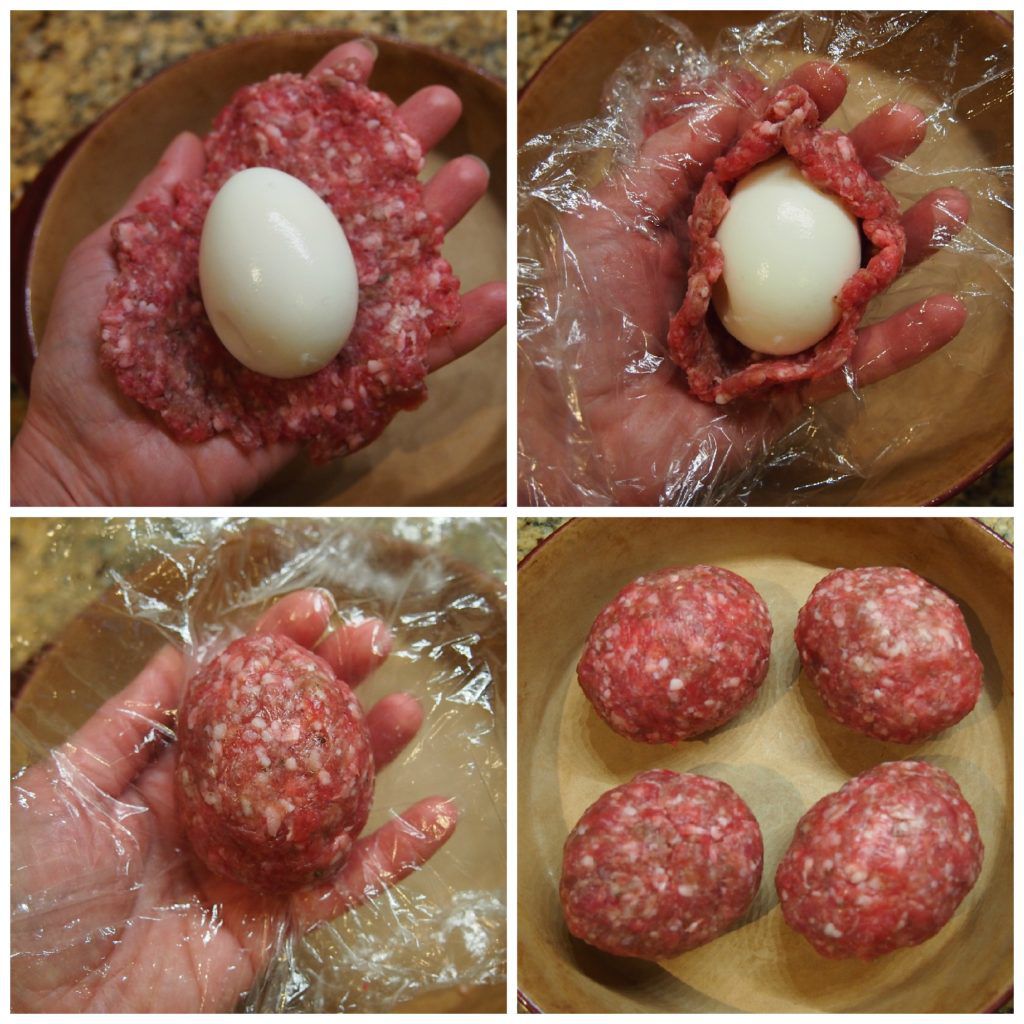 Once each egg is created place them all in a small baking dish (seam down, or they split during baking).  Frankly, after forming the meat around the egg I had trouble being able to discern the seam but apparently this one was placed seam up… 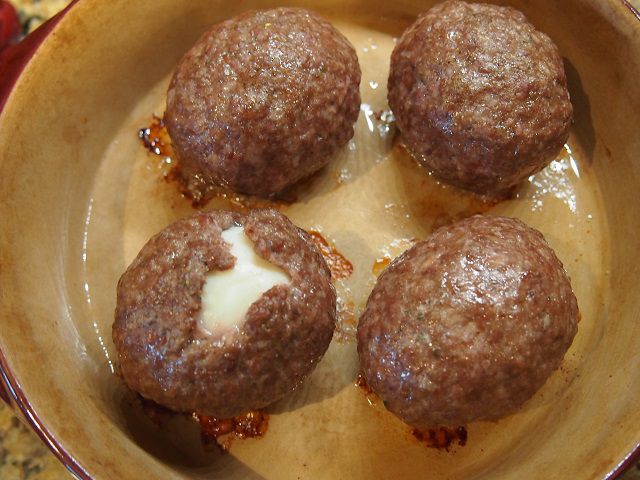 Bake for about 30 minutes or until the meat is fully cooked around the egg.  Serve warm with a side of roasted potatoes or butternut squash!  Yumm!