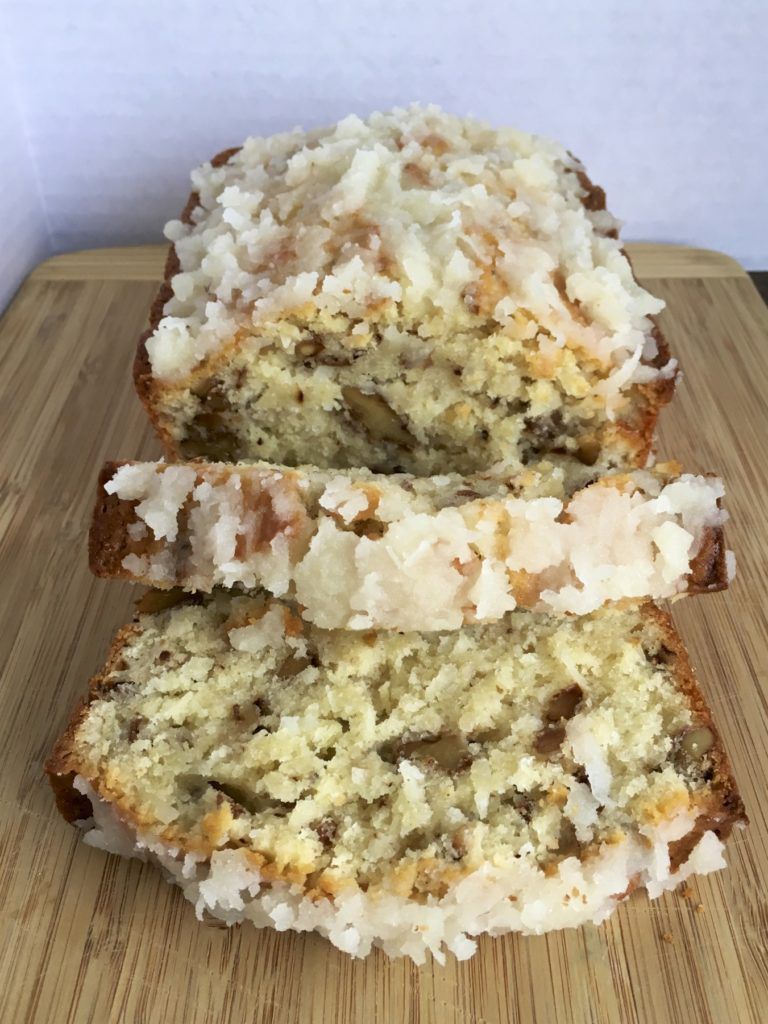 First up, I am totally cheating on this month’s theme – there’s nothing really multicultural about this post other than I had coconut “bread” (it was really cake in loaf form) at one of my favorite coffee shops in Seattle, a Cuban-inspired coffee place in my old neighborhood (their Con Leche is a dream). I don’t usually buy treats at coffee shops – a slippery slope of pastry eating, as far as I’m concerned – but they had samples sitting out and Brandon was weak (or smart, depending on how your frame it). I like coconut just fine, but this “bread” was everything that’s good in the world, in loaf form. Tender, moist, sweet without being cloying, and packed with coconutty flavor.

I came home and immediately started googling – and really any Cuban coconut bread recipes I found were actually for a very slightly sweetened bread, but not actually cake, which is what this recipe is when we’re being honest with ourselves (which I’d prefer not to be). So then I got realistic about what I was really eating (a dessert that we will frame as a great brunch treat) and found this recipe from another blog. A few minor tweaks to make it a bit more like the one I had at the coffee shop, and ya esta!* We have coconut “brake” (that would be a combo of “bread” and “cake”).

Pre-heat oven to 350 degrees. Spray a 9 by 5-inch loaf pan with non-stick spray and set aside.

In a medium bowl, whisk together the flour, baking powder, and salt.

Place the butter and sugar in a stand mixer (or handheld mixer) beat together until light and creamy, about 5 minutes (you might need to scrape down the bowl a few times). Add in the vanilla extract. Then beat in one egg at a time, beating well after each addition. Mix in the vanilla (again, scraping down the bowl as needed).

Add in the flour mixture and coconut milk in three additions on low speed, starting and ending with the flour, and being careful not to overmix. Fold in 1 cup shredded coconut and toasted walnuts. Pour the batter into the prepared pan and bake for 1 hour and 10 to 1 hours 25 minutes. Or until a toothpick inserted comes out clean (a few crumbs are okay). Allow the cake to cool for 10 minutes and then flip over to finish cooling on a wire cooling rack.

Melt the coconut oil in a small pan over low heat. When melted, remove from heat and whisk in the sugar. Add flour until desired thickness, then mix in the coconut (keep in mind the glaze will get a bit thicker once the coconut is added). Spread over cooled bread,  and serve.