Alcapurria for a New Year 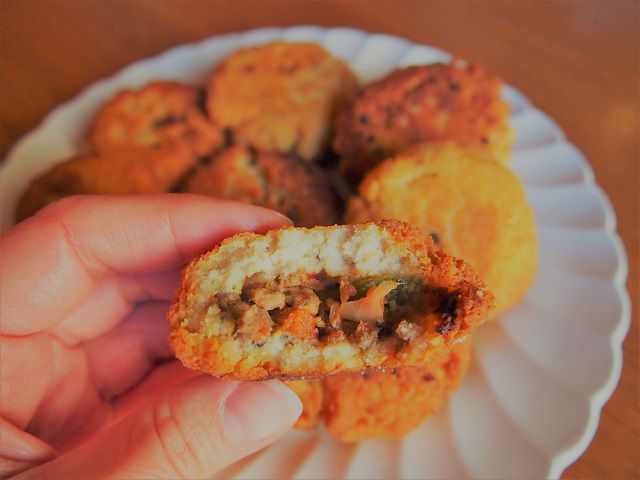 Last year was a fun blogging year for Strudel and I.  By continuing our monthly themed posts that we started in 2015, we are continuing to try new recipes and enjoy sharing them with all of you.

In 2016, July was our most popular month with classic desserts such as Arlene’s Apple Pie and Boston Cream Pie.  We had 25% more visitors than 2015 from 77 different countries!  Next to the United States, our top three visiting countries were Canada, Brazil and Hong Kong.  We even had a couple of visits from our friends in Vanuatu.  I hope they saw my post about how much I love their coffee!  Our top viewed post for 2016 was the Protein Biscuits, everyone must love Kodiak Cakes as much as we do!

To kick off this new year, this month we have decided to focus on foods from various cultures that we love to eat!  I knew right away I wanted to make something using plantains from either Cuban or Puerto Rican cuisine.

My father was in the military and I moved a lot as a child although until I was 14 we mostly lived in white suburbia.  At 14, we moved south of Miami to Homestead Florida and were introduced to a whole new world of food and music.  Admittedly growing up in mostly dry, fairly bug-free climates, I never really enjoyed living in South Florida but the one thing I remember fondly is the exposure to the latin american culture and the FOOD!  My dad and I would frequent a cuban bakery and get cuban bread and guava con queso pastries.  I discovered plantains while living there and developed a frequent craving for tostones!  My father dated a woman from Puerto Rico for several years and I loved her mouth-watering bistec de palomilla.

I am fortunate that my local grocery store sells plantains and I can bring this recipe for Alcapurria to you!  These meat filled fritters with a plantain dough shell are a great way to celebrate the new year.  As with all recipes I try, I tweaked it from the traditional recipe but the outcome was still tasty. 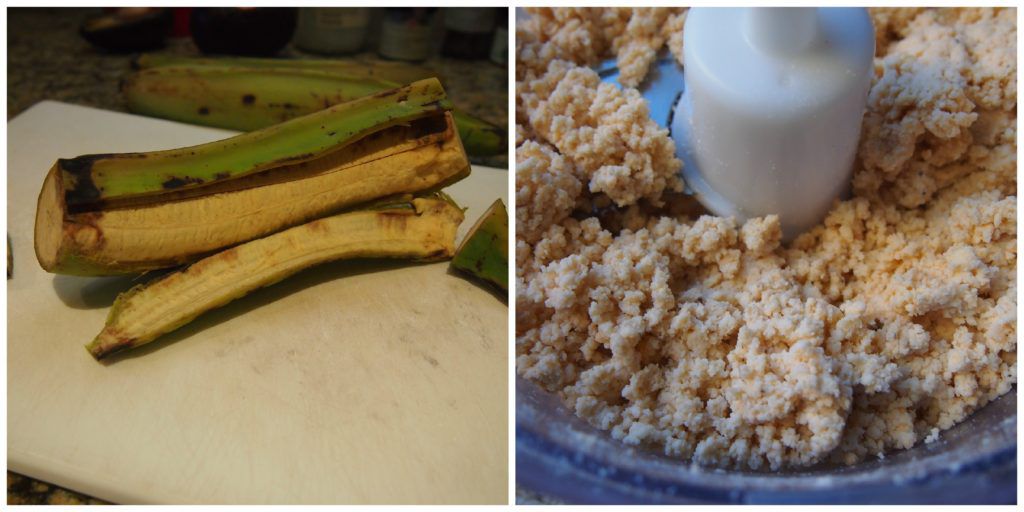 Make the masa by placing the peeled plantains, coconut flour and coconut oil in a food processor.  Process until finely ground and then while running, slowly add in the chicken broth until the mixture comes together.  There is no need to refrigerate the dough, it is ready to use.  Knead it together into a ball and pinch off about 2 tablespoons of dough and roll into a ball. Flatten into a disk and then spoon on the tablespoon or so of meat.  Form the dough around the meat and flatten slightly.

Heat the coconut oil in a small saucepan on medium high heat and fry three fritters at a time.  Brown on one side and then flip and brown on the other.  Remove fritters to a plate lined with a paper towel.  Serve with the remaining sofrito from the recipe below. 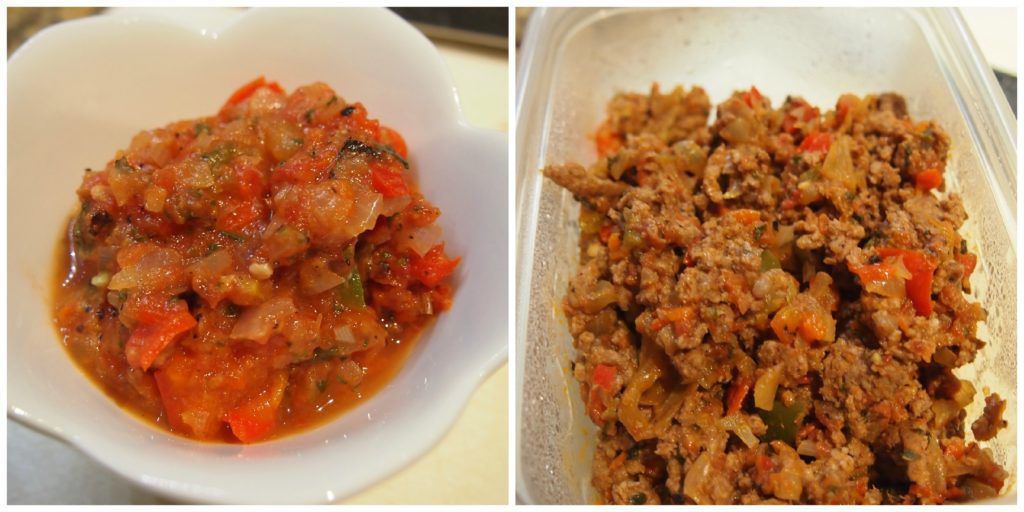 1/2 onion, peeled and chopped in quarters

2 shallots, peeled and chopped in half

1 jalapeno, seeded and cut in half

Heat 1 tablespoon of avocado oil in a large skillet on medium high heat.  Add the onion, garlic, shallots, red bell pepper, jalapeno and 1/2 t. of the salt.  Saute until browned for about 5 minutes.  While this cooks, place the can of tomatoes (not drained) and cilantro into a food processor and when the vegetables are browned add them hot into the food processor.  Pulse until chopped like salsa.  Set aside.

In the same skillet, add the other tablespoon of oil and the beef, break into small pieces and when cooked half way add all but 1/2 c. of the sofrito.  Add the remaining salt and the ground chipotle and cook down until no liquid remains.  Store in the refrigerator until read to make the fritters.

2 Responses to Alcapurria for a New Year