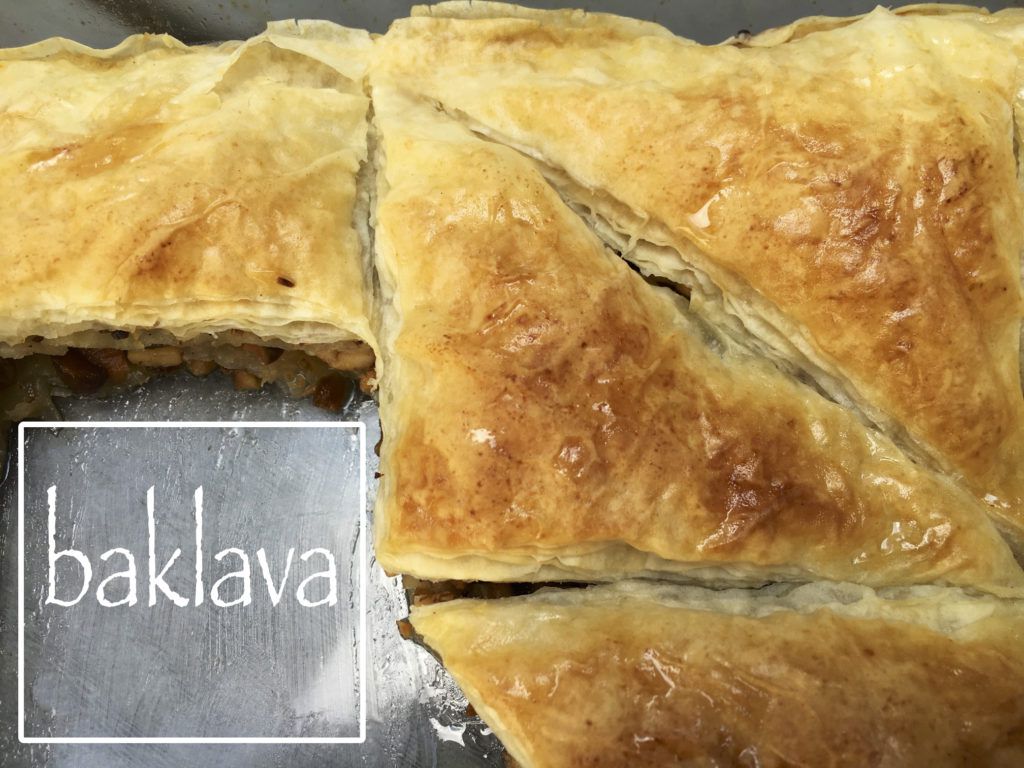 This dessert was *not* inspired by a long-standing desire to make baklava – I do love it, but we’ve already got a lovely recipe on our blog – but then we had an incident in our home that put honey on my brain. For a few days, we’d been hearing a weird sort of scratching noise coming from the corner of the dining room. We tried ignoring it, but when that didn’t make the problem magically go away, Brandon did a brief inspection and quickly figured out that some yellow jackets had discovered how awesome our house is and decided to move in themselves. The scratching noise was (as I later learned) the yellow jackets chewing up the drywall in the ceiling.

After a frantic email to Dan the Bee Man (linked here because if you live in Seattle and have a bee problem, call him so that he can save the day for you, as he did for us – seriously, he’s a reminder of the good, hardworking, and extremely competent people in the world), and an in-home consultation a few days later, we were horrified to learn that we were less than a week away from a yellow jacket swarm entering our house  (and that 700-1000 yellow jackets live in a nest – gaaaahhhh). However, yellow jackets made me think of bees, bees make honey, and honey is delicious. Therefore, in honor of living in a stinging insect-free home (as I do now), I should make something for S&S that involves honey. Baklava, it is!

Streusel’s recipe – which I admit I haven’t made but will acknowledge looks amazing – uses homemade phyllo dough (again, amazing!). As we’ve discussed before, I’m pretty lazy, so I decided to whip a batch that’s a little more accessible for us idle folks, one that uses store-bought phyllo. Start to finish, the recipe was the oven in about 45 minutes, baked for 50 minutes, and it was ready to eat for dessert that night. And, it’s important to mention that it’s sweet, buttery, citrusy, sticky, and a bit salty – everything I’m looking for in a baklava. 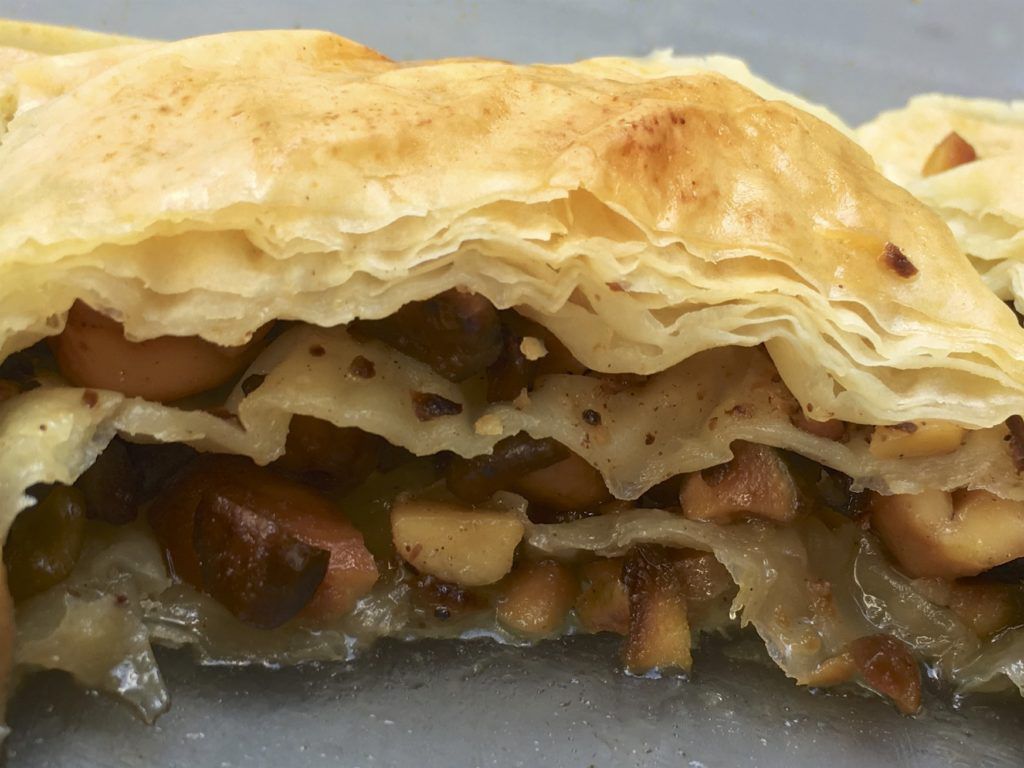 There’s plenty of recipes for baklava online, and using the Joy of Cooking as a base, I tweaked it a bit so that it wasn’t too sweet.

from the Joy of Cooking, with slight alterations

Preheat ove to 350 degrees, coat a 13×9 baking dish with cooking spray. Moisten a dish rag to cover the phyllo while you work.

Combine in a saucepan the sugar, water, honey, lemon juice, and orange rind. Bring the mixture to a gentle boil, reduce the heat, and summer, uncovered, for 15 minutes. Strain the hot syrup and let sit while preparing the baklava.

In a medium bowl, toss together the nuts, lemon zest, and cinnamon until well combined.

Unwrap the phyllo dough and trim into 13×9 sheets, so that it will fit easily into the baking dish. Place 2 phyllo sheets in the baking pan and brush the top sheet with the melted butter. Add 2 more sheets and brush with the butter, then repeat once more for a total of 6 sheets. Sprinkle with 1/2 the nut mixture, then cover the filling with 2 two phyllo sheets, buttering the top sheet, and repeat until there are 6 sheets on top of the filling. Sprinkle with the remaining nut mixture, then cover with all of the remaining phyllo sheets, adding them two at a time and and buttering the second sheet each time. Brush the top with the remaining butter.

Using a sharp knife, cut through the phyllo, trying not to cut all the way down to the bottom – instead attempting to cut 3/4 of the way through (this is so that when they syrup is poured over the baklava, it won’t just all sit on the bottom). Cut into 3-inch diamonds or squares.

Place in oven and bake for 50 minutes, until the baklava is golden brown. Remove from the oven and immediately pour syrup over the top, and cool completely – about 4 hours – to allow the syrup to absorb into the dessert. Serve at room temperature.

Posted on July 17, 2016
This entry was posted in baking, desserts and tagged honey, nuts, phyllo.

One Response to Baklava