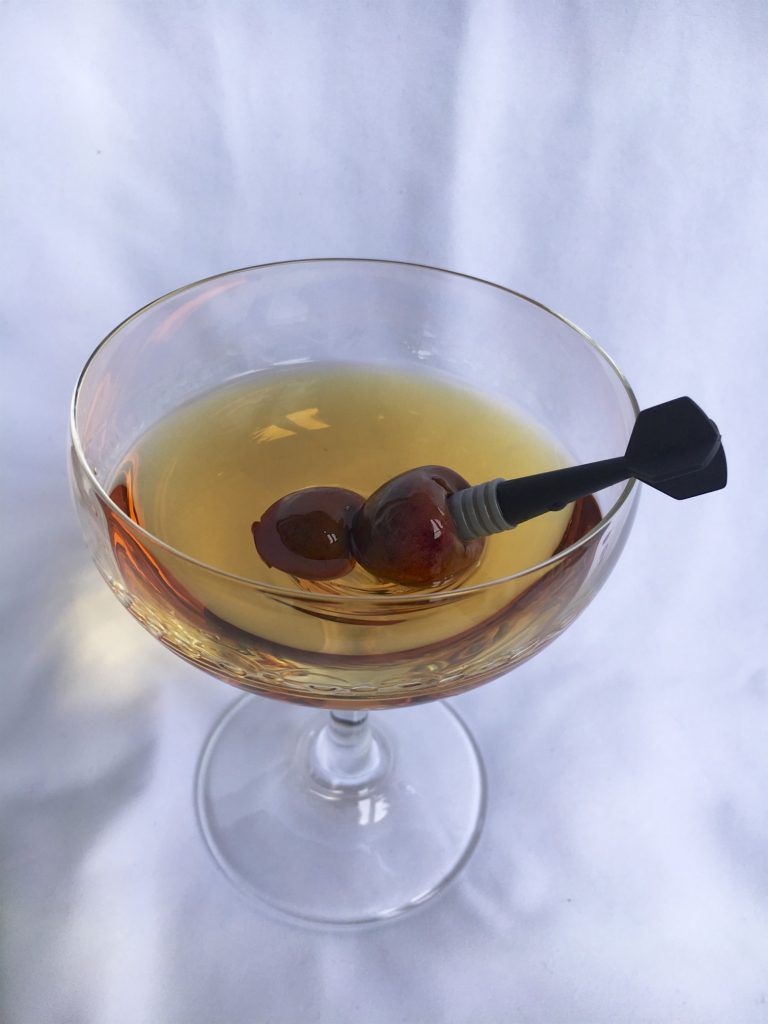 Truthfully, I should’ve titled this post “Boozy Ass Cherries” since these are some damn boozy cherries. They are not for people who don’t like bourbon, or for people who want boozy cherries today or tomorrow (they need time to soak). They ARE, however, for those of us that love bourbon, don’t like their drinks (or things in their drinks) that are too sweet, and willing to wait it out.

In making these cherries, I googled about a billion different recipes – some seemed like they didn’t have enough booze, others looked way too sweet. Excitingly, it became clear that I didn’t actually have to can anything – since alcohol is a preservative, no giant pot of boiling water. This was great, because my pal Kathleen and I decided to take on this project during an unseasonably warm Seattle day (i.e it was in the 80s – which nearly qualifies as a near heat wave here in the PNW).

My cherries have been soaking for about 2 weeks, and I think it’s still going to be a bit before they’re ready. They’ve softened a little, and have *certainly* absorbed the alcohol, but will need more time to get tender and lose a bit of their crunch. And absolute truth be told – when I make these again, I’ll add more sugar. They’re great as is but do pack quite a bit of a punch – something to keep in mind if you decide to make your own.

adapted slightly from “Put ‘Em Up” by Sheri Brooks Vinton

Sterilize the jars and lids via your normal methods (note: the cookbook doesn’t require this, but I’m paranoid enough to do it anyway). Pack the jars tightly with the cherries.

Bring the sugar and water to a boil in a medium saucepan, stirring to dissolve the sugar. Cool slightly and add the bourbon, stirring to mix, and pour carefully into your jar(s). Cover, and let rest for at least a few weeks. They keep at room temperature for up to 1 year.

Posted on June 19, 2016
This entry was posted in drinks and tagged bourbon, canning, cherries, drinks.