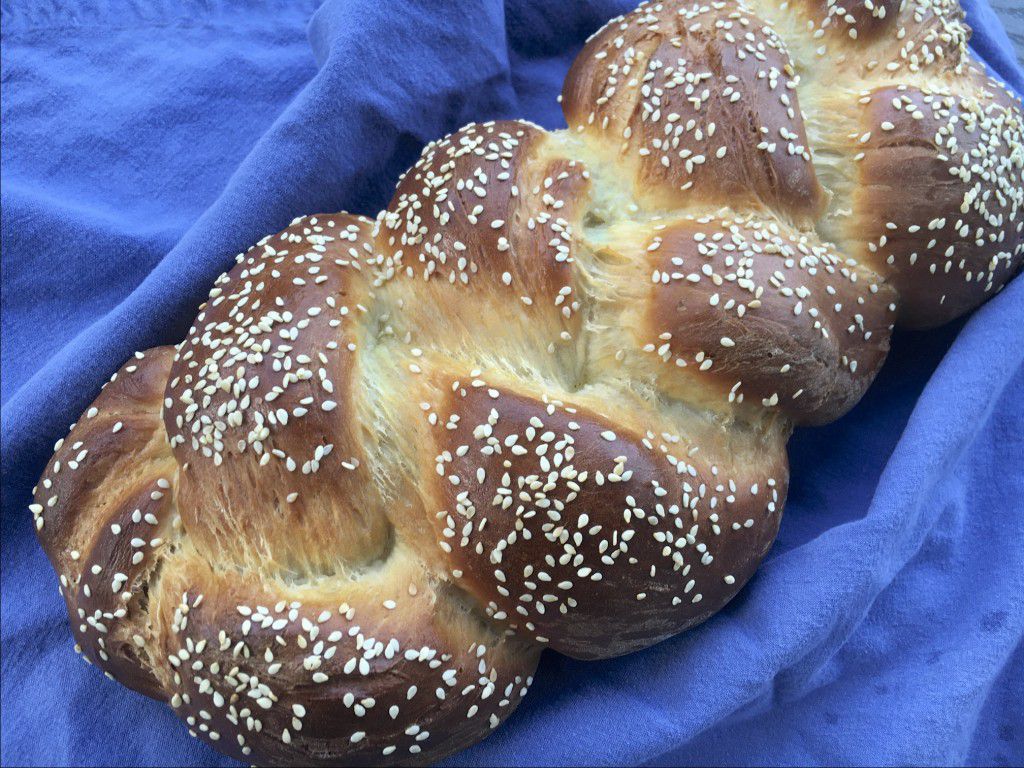 So it’s only after I planned, baked, and started to prep this post that I realized I was posting a challah recipe on Easter Sunday. I beg ignorance, since it’s not my holiday, though knowing this in advance will save me from wondering on Sunday why it’s so hard to get into a brunch place.

I feel very fondly about this recipe – it’s from the Cook Street School of Culinary Arts, where I took a 3-series artisan bread class so many years ago and – most importantly – where I met my friend Streusel. We made this very lovely challah in the 2nd class, and while I’ve had plenty of challah in my life, I particularly liked this one because of it’s soft, every-so-slightly sweet inner bread and assertive (though not crusty) crust. 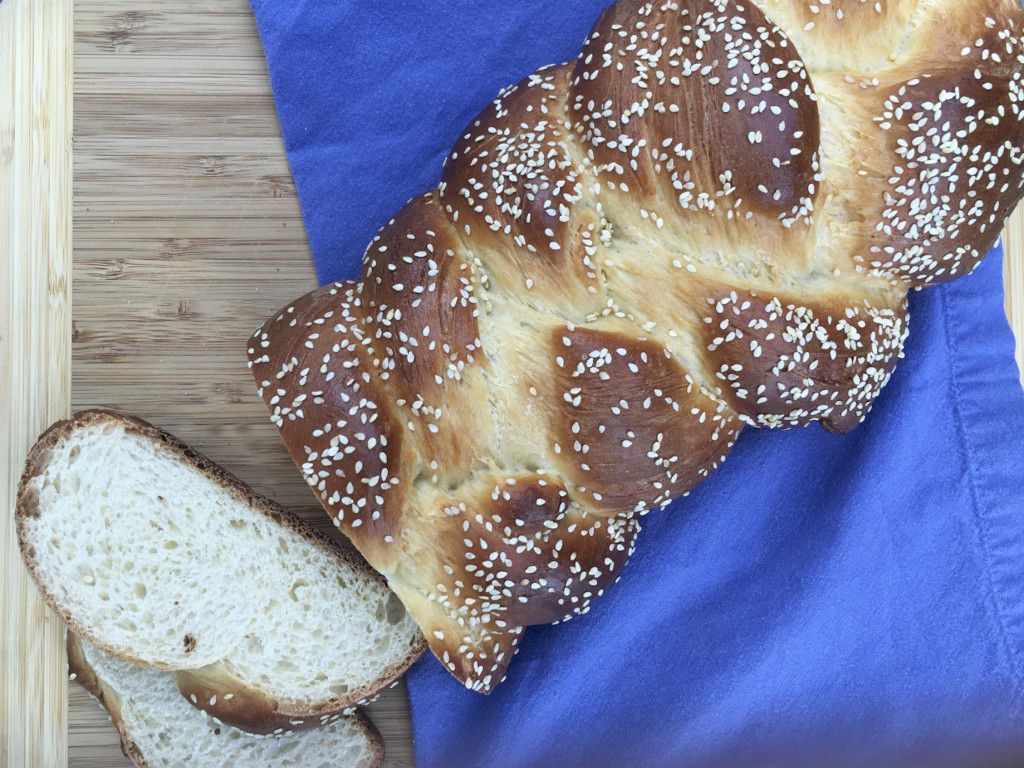 This recipe makes two loaves, so I took one into work on Friday. People gushed over it (they were very sweet!) but also commented on how hard it is to make bread – SO not true! This is a simple recipe that, like many yeasted breads, takes a little time but not a tremendous amount of attention. But challah’s got big payoff since it’s braided, it looks fancier that it is.

adapted from New Complete Book of Breads by Bernard Clayton, at the Cook Street School of Culinary Arts

22.5 ounces all purpose flour (plus more, as needed)

Dissolve the yeast in warm water (about 10 minutes).

In the bowl of an electric mixer, combine only 2 cups of the flour (about 9.5 ounces), sugar, salt, and butter with the flat beater. Mix until well incorporated – it will look like coarse sand. Add the yeast mixture and mix for two minutes. Gradually add the eggs and beat on high for 2 minutes more.

Gradually add enough (or more!) of the remaining flour to make a soft dough. Switch to the dough hook and knead 5-7 minutes until the dough is smooth and somewhat developed.

Place dough in a bowl that’s been lightly coated with cooking spray or oil, and rolling around so the dough is lightly oiled. Cover bowl tightly and let rise until doubled, about an hour.

Prepare two baking sheets by lining them with parchment paper. Divide the dough in half and shape into two loaves or braids. Place one loaf per baking sheet, cover loosely and let rise until doubled again, about one hour. Preheat oven to 375 degrees.

Gently brush the loaves with the egg wash and sprinkle with seeds if desired. Bake in preheated oven until well browned, 25-30 minutes. Handle braids especially carefully when removing from the oven as they are fragile when hot. Cool loaves on a rack.