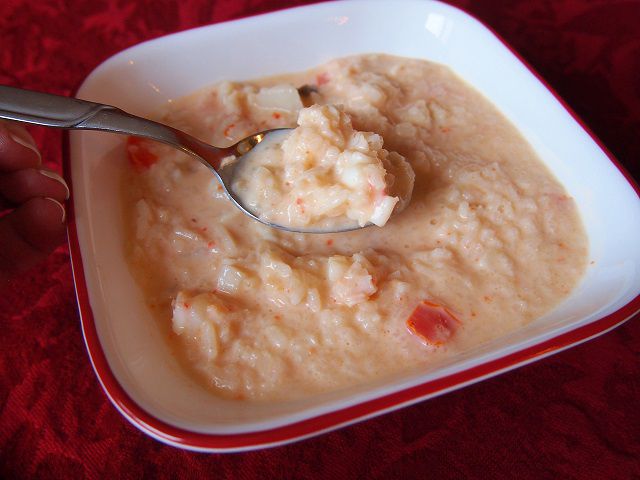 It’s cold here in Denver and I have been craving a seafood chowder.

Living in a land-locked state, I can’t readily get good chowder from anywhere near me.  When I crave something, I want it immediately and don’t want to have to spend all day making it.  Such is the case with this chowder.  I was able to make it and eat it in under an hour!

In doing a little research online I discovered that the difference between a chowder and soup is that a chowder is typically creamy, often with seafood and vegetables, and thickened with crackers.  As much as I love crackers I don’t like adding crackers to my chowder, I like it to be thick to begin with, so with this chowder I added rice during cooking.  It gave the desired consistency and with the chunks of seafood, a nice hardiness.

In a 4 quart pot (I used my Pampered Chef Rockcrok) heat the oil over medium heat.  Add in the garlic, rice and bell pepper and cook until the garlic sizzles and is fragrant.  Add in the water and seafood base.  This stuff is fabulous.  If you are lucky enough to have a Penzey’s near you pick one up! 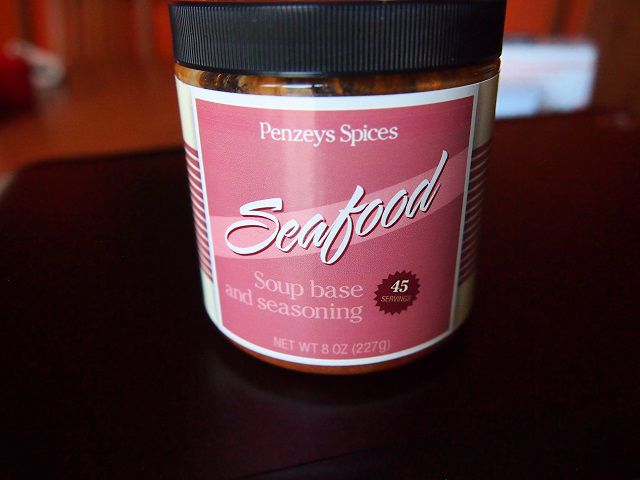 Let this come to a boil while chopping all of the seafood into small bite size pieces.  Once the broth is boiling add in the seafood and boil for 10 minutes.  Add in the half and half and boil another 10 minutes and serve.

Note:  If you really like a strong seafood flavor you can add a little more seafood base but I found this amount to be just right. 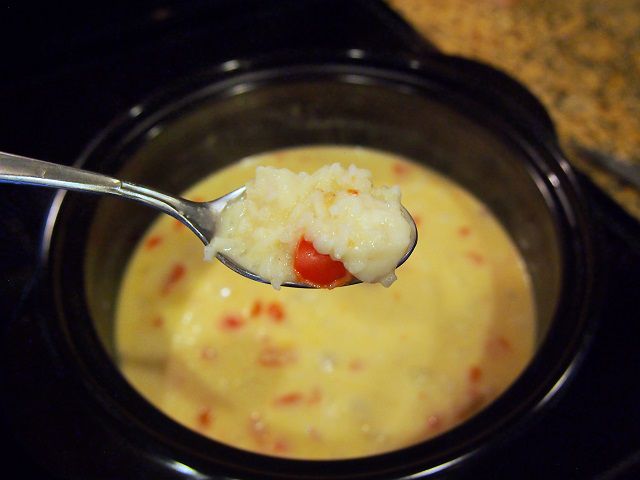 Posted on January 10, 2016
This entry was posted in dinner, quick and easy, soup and tagged chowder, seafood, simple chowder.