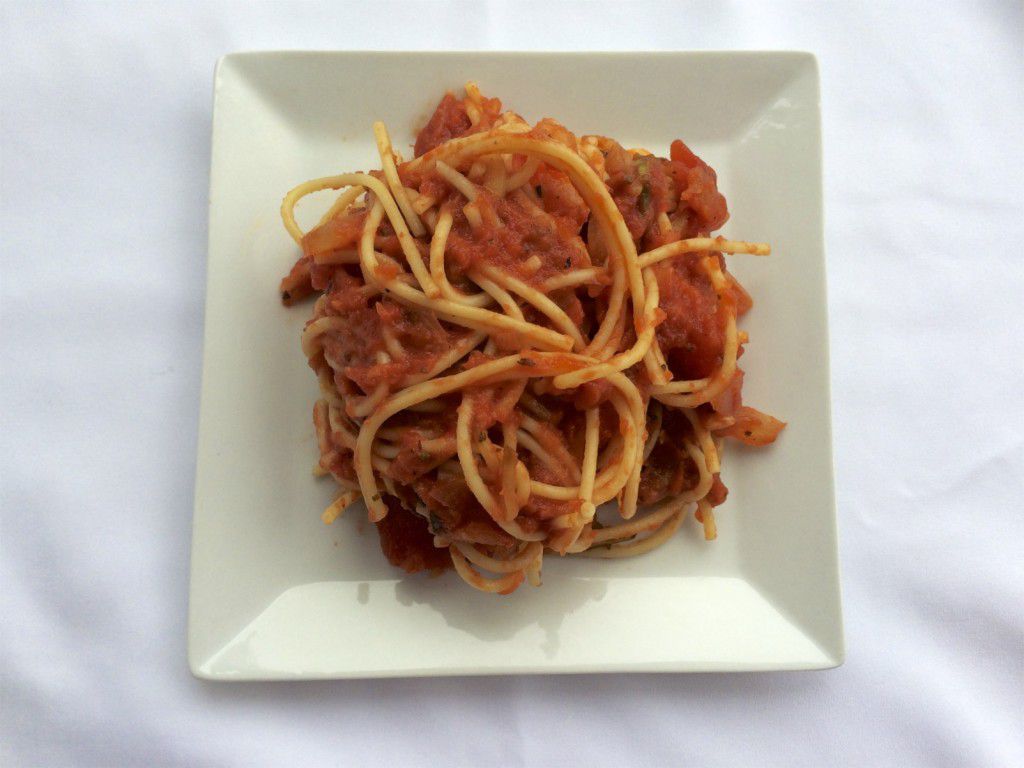 When I was in junior high and high school, my parents had a rule that my brothers and I were each required to make dinner for the family once a week. They said it was so we would learn how to plan, prepare, and cook a proper meal; while I’d like to believe they also did it so they wouldn’t have to cook three nights a week, I don’t think that’s actually true. We weren’t delicious cooks back then, and in fact, at some point they made a rule that no one was ever allowed to make Tuna Noodle Casserole again. Blech. I shiver to think about how much TNC we made them eat before they enforced that directive. I also remember a night where my brother Eric didn’t properly figure out the plan/prepare part of his dinner, and we ate Turkey Tetrazzini at 930pm (on a school night no less! Gasp!)

As part of our culinary education, my folks picked up the giant teaching cookbook, “The Good Housekeeping Illustrated Cookbook.” It covers all courses of meals, with recipes broken down step-by-step. As the title suggests, the book includes extensive drawing so that you have a good idea of what you’re supposed to be doing. I remember the recipes being solid and tasty; not life-changingly spectacular, but respectable and accessible.

That being said, nearly thirty(!) years later, I’m still making the marinara sauce from that cookbook. It tastes great – I particularly like that the flavor is simple but with an intensely tomato flavor; plus, cooking up a batch is only slightly more difficult than buying a jar of sauce at the store. That the sauce is also incredibly adaptable and stores well in the fridge makes it all the more fantastic.

When I make this sauce, I use a few of my most-loved kitchen tools: the immersion blender,  Le Creuset cast iron dutch oven, and rectangular measuring spoons.

In a large saucepan over medium heat, in oil, cook garlic and onion until tender, about 5 minutes.

Add in tomatoes and their liquid, along with all remaining ingredients; stir until combined. Reduce heat to low, cover, and cook about 20 minutes or until thickened, stirring occasionally.

When sauce is ready, remove from heat. Use immersion blender to break up sauce to your desired consistency (I like mine smooth enough to coat the pasta, but with enough chunks to give it a little texture).

One Response to Simple Marinara Sauce