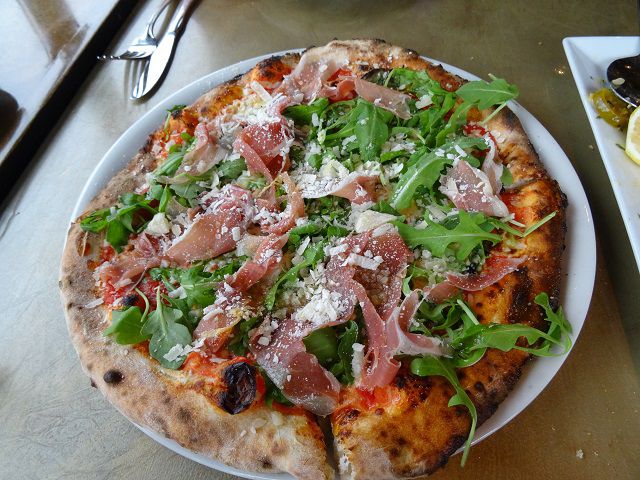 Last month I traveled to Providence RI for work and although it wasn’t as adventurous as Africa, it was an exciting and unexpected find for me.  I was there working on a weekend and had a few hours to kill so my co-worker and travel buddy, Suzy (also my photographer for this post), signed us up for a Food Tour called Savoring Federal Hill!

We met our tour guide and creator of Savoring Rhode Island, Cindy Salvato, a renowned Pastry Chef, at Caffe Dolce Vita in the charming De Pasquale Square.  After a cup of coffee and chocolate pizelles our first stop was Antonelli Poultry, a live bird poultry shop where you can pick your bird in the back (choice of chickens, guinea, duck, even rabbit) and have it freshly slaughtered in minutes and take home.  This gentleman has worked there for 70 years, he started there at the age of 14!  Don’t worry, they didn’t slaughter this guinea in front of us!  Suzy and I went back later to check out the back room.  If I lived in Providence I would have liked to take home a fresh duck for sure. 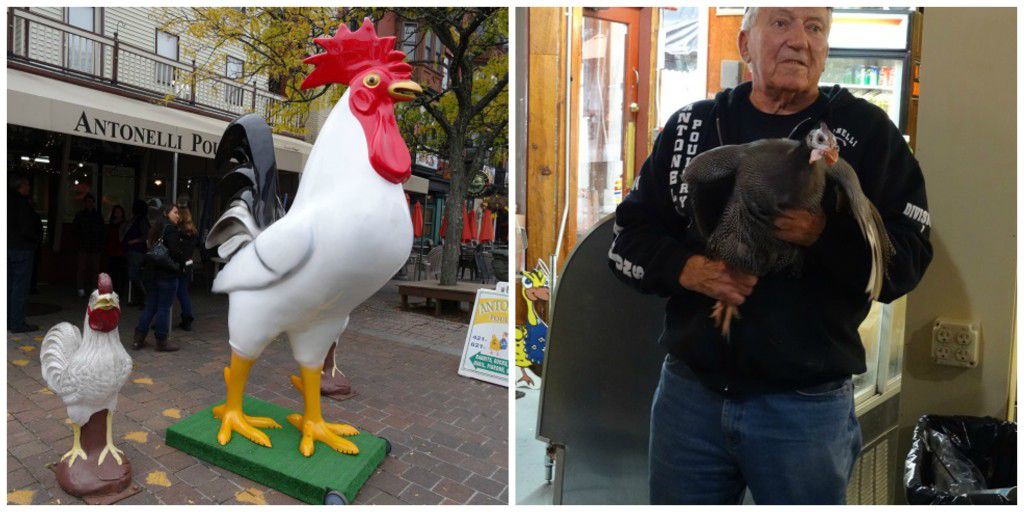 Our next stop was Tony’s Colonial, a wonderful little market owned by the DiCicco family.  It was here we got an education in Balsamic Vinegars, Olive Oils and the DOCG (Controlled and Guaranteed Destination of Origin) and DOP (Protected Destination of Origin).  DOCG and DOP are designations to assure customers of the product’s authenticity and location of production.  This is also the place where I first tried ficotto.  If you haven’t tried it, find it.  It would be wonderful drizzled over…pretty much anything!  Below were my favorite Balsamic and Olive Oils of the ones we tasted.  This was the first time I had ever done an olive oil tasting.  Suzy found it odd to slurp down olive oil straight.  I loved it! 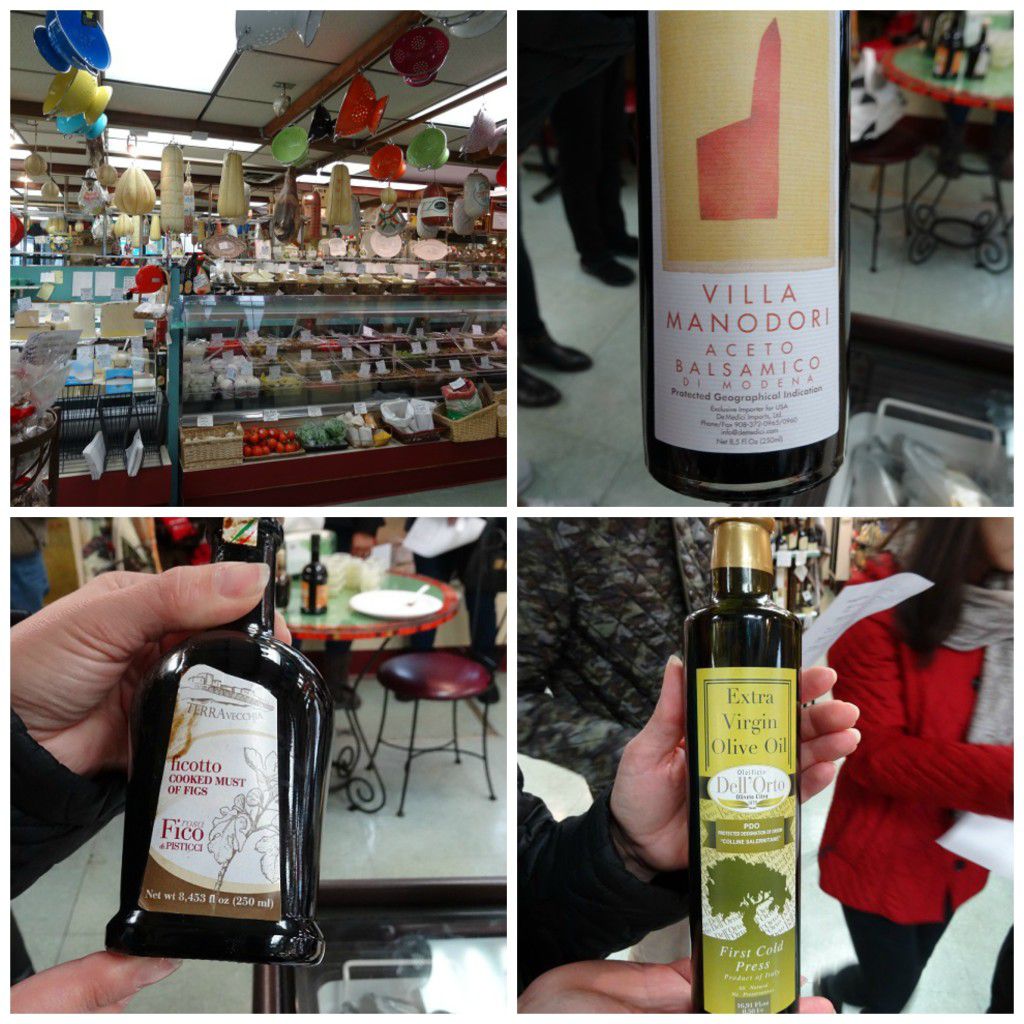 Next was Constantino’s Venda Ravioli.  If I lived in the area it would be hard not to stop at this market everyday.  They have fresh lobster ravioli!  Here we learned about Prosciutto, San Marzano tomatoes and one of my favorites Parmagiano Reggiano!  I learned if you want the real deal look for the Reggiano imprinted in the rind.  Want the real deal in tomatoes in a very storage friendly manner?  Then use Mutti Concentrated Tomato Paste!  Even more exciting for me was that I discovered there is a sophisticated olive on this planet that I like!  You may ask what do I mean by sophisticated?   Well, I love canned black olives but up until this point that was the ONLY olive I liked and when I said this to all of my olive loving friends, I could see the look of disdain on their faces.  I try and try to explain that I don’t like the super briney flavor of olives.  However, I discovered Castel Vetrano Olives.  Bright green and dee-licious and most importantly only mildly briney.  Hoorah! 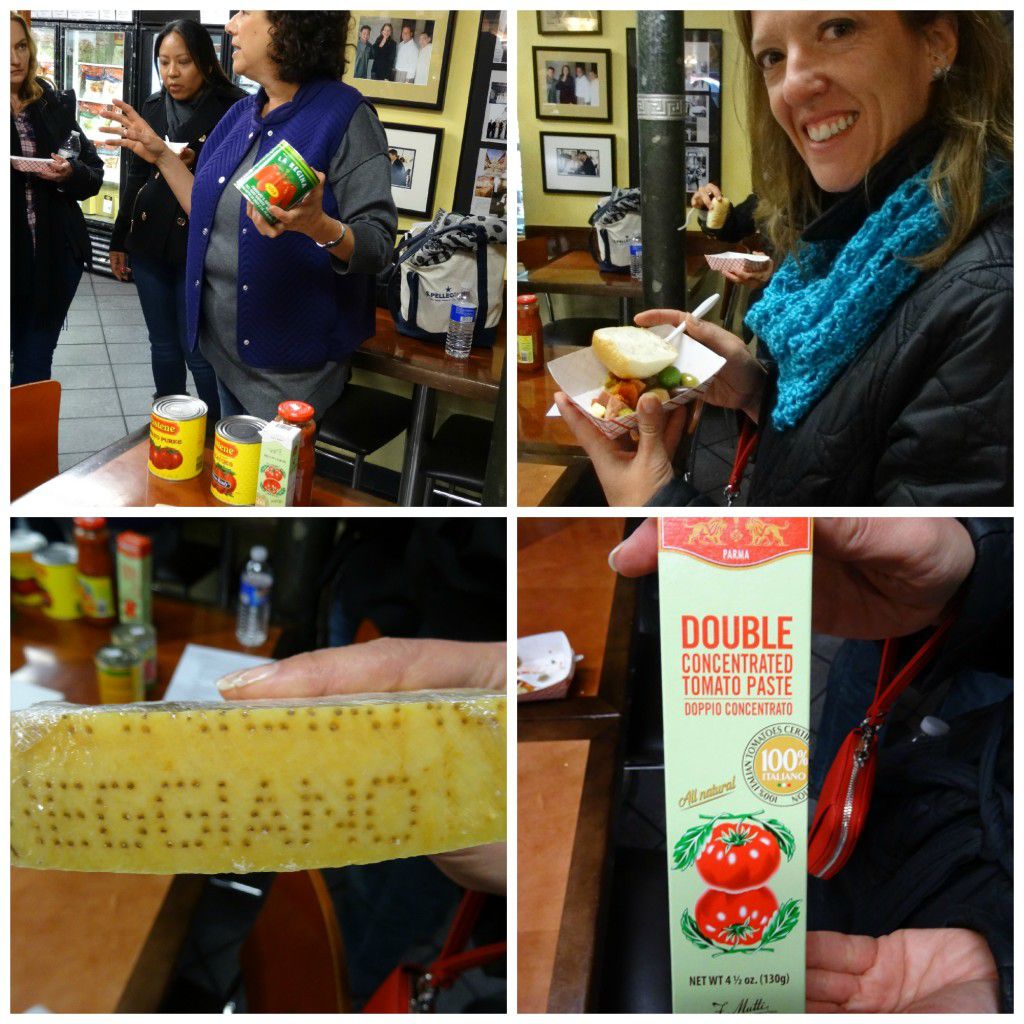 Next stop was Scialo Brothers Bakery!  What an amazing place this was.  It’s been around since 1916 when Lois and Carol Scialo’s father started it 2 years after immigrating to Rhode Island from Naples.  Take a look at their oven from 1920!  They make so many wonderful treats but probably most impressive to me were their HUGE Bundt and Pound Cakes!  I even ordered some for Christmas gifts. 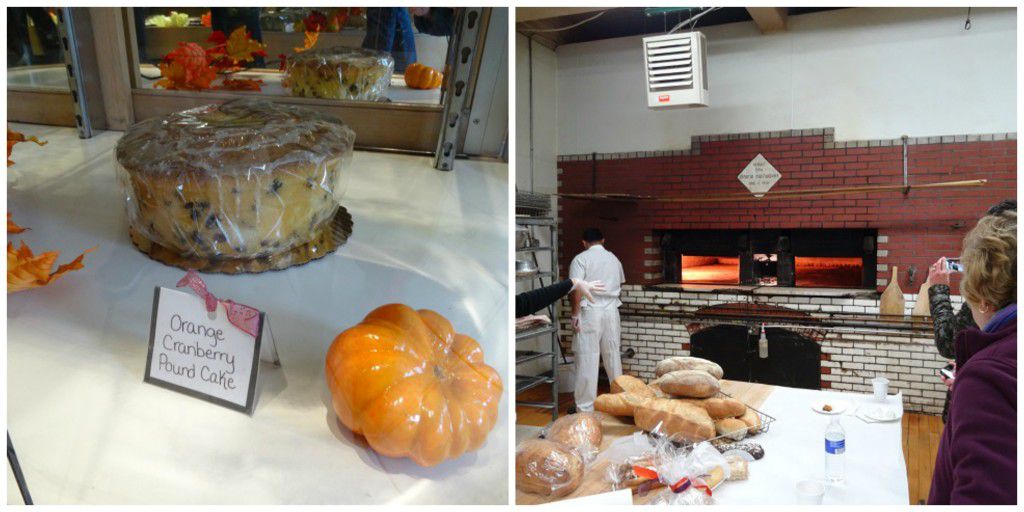 Although we didn’t go in during the tour, Cindy pointed out Vanuatu Coffee Roasters across the street from Scialo Brothers Bakery.  This is the only place outside of the Islands of Vanuatu that you can experience this amazing coffee.  Suzy and I went back on Sunday morning before out meetings for a great latte, a great bagel sandwich and even better conversation.  Martha was so friendly!  I brought home two bags of this wonderful coffee.

Next stop, Roma Gourmet, another mouth-watering market where we tried their cannoli (my favorite dessert ever – I once took a second cab ride to Little Italy from Midtown just to get another cannoli!) and learned about pasta!  I learned that bronze cut pasta (it looks rough when you peer at it through the bag) is the way to go with pasta.  It holds the sauce better!  Also, I learned if you ever want to offend an Italian – just cut your spaghetti with a knife instead of twirling it – watch out! 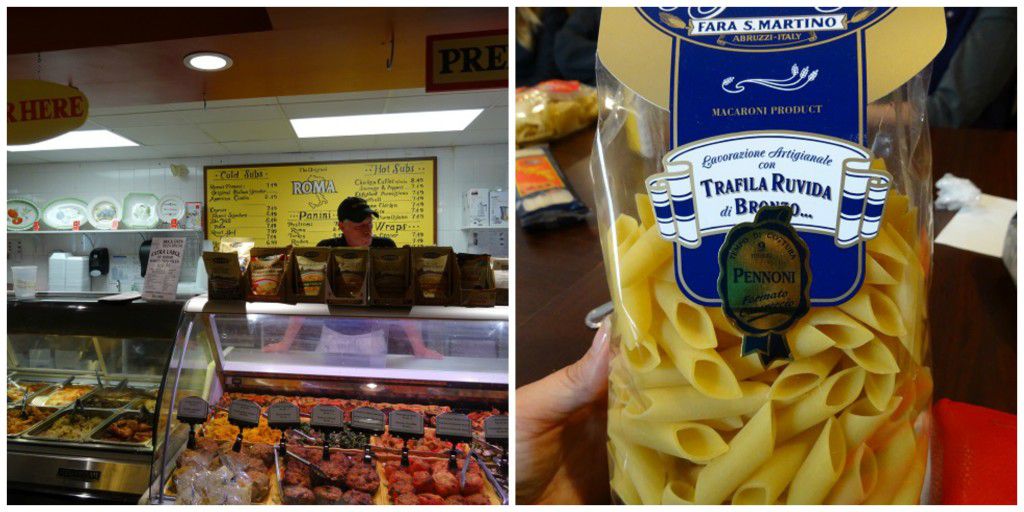 The last stop (and by far my favorite) was Gasbarro’s Wine and Liquors.  This place has been around since 1898 and was the first liquor store in the United States to import wine from Italy.  It is owned by Mark Gasbarro.  We enjoyed a tasting with Mark and after the tour was over I asked Mark if he would create and ship a case of wine to me that included mostly reds from all over Italy.  In less than 15 minutes he had picked out some wonderful wines.  I haven’t drank them all yet (although I’m close) but so far I have discovered that I really love the Primitivo and Negroamaro grapes! 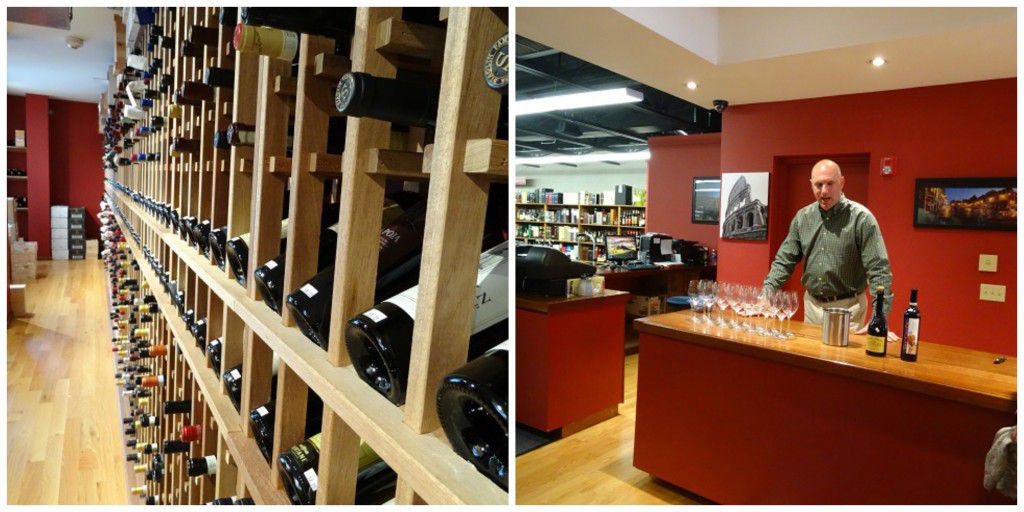 On the tour we peeked in the window of Constantino’s Venda Bar because they make DOP pizza!  What does that mean?  That everything used to make the pizza came from Italy, including the oven!  Although eating there wasn’t on the tour you can bet Suzy and I weren’t going to miss an opportunity to eat there that night for dinner.  We shared calamari and the beautiful pizza you see at the top of this post.  It was a prosciutto, parmesan, arugula delight!  It tasted just like the pizzas I ate in Italy – molto buono!

One Response to Savoring Rhode Island