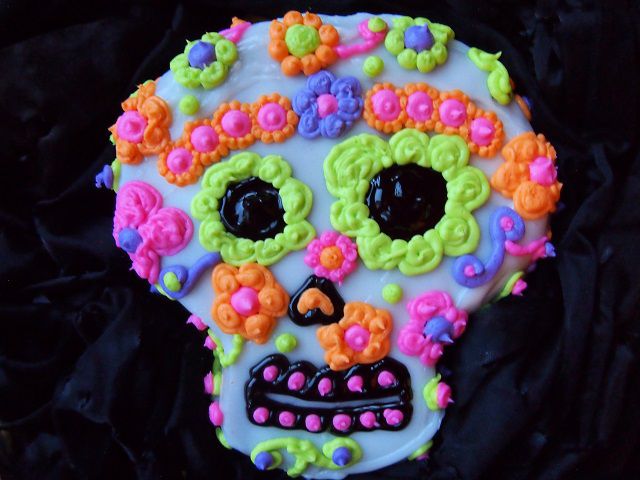 I love seeing the colorful skulls or calaveras when visiting Mexico.    I found this pan in the clearance bin at Michael’s (oh how I love that store) last month and thought it would be fun to make a cake and decorate it to look just like the skulls I’ve seen.  I knew little about why there were these colorful skulls in Mexican culture until I did a little research.

Dia de los Muertos is celebrated in central and southern Mexico on November 1 and 2nd.  It is believed that at midnight on October 31st the spirits of angelitos are allowed to reunite with their families for 24 hours.  On November 2nd is when the spirits of adults come forth to celebrate as well.  In many villages, ofrendas are set up in the home where offerings are made to the spirits.  These offerings include fruit and nuts and, my favorite, brightly decorated sugar skulls.  Sugar art was brought to the New World by Italian missionaries in the 17th century and the art was learned by locals.  A sugar skull represents a departed soul and often times the name is written on the forehead. 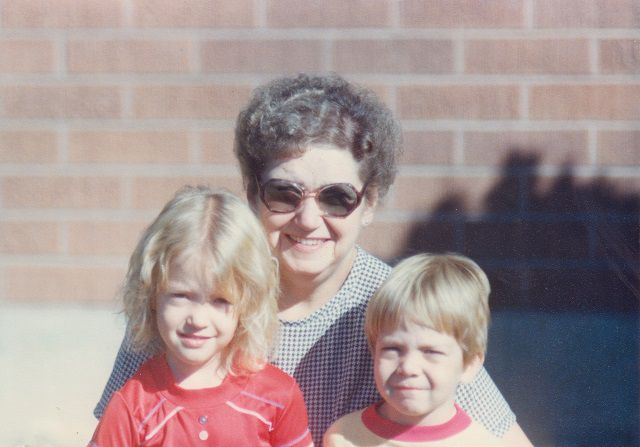 I offer my sugar skull to my paternal grandmother, Marjory Kirkbride.  She died in 2008 at the age of 83.  She was born in New Philadelphia Ohio on August 1, 1924.  She was an amazing baker!  Growing up during the Great Depression she was very frugal and used everything.  I loved when she had left over pie crust scraps and would sprinkle them with cinnamon and sugar and bake them up for my brother, Matt, and I to eat.  We’re pictured here with her in 1979.  Love you Grandma.

This cake was made with this recipe and covered with poured fondant frosting.  For the cake, only half of the recipe is needed.  I made a whole batch though and used the other half of the batter for 12 cupcakes.  I baked it for about 30 minutes in this pan at 350 degrees fahrenheit.  Once cooled the fondant is poured on. 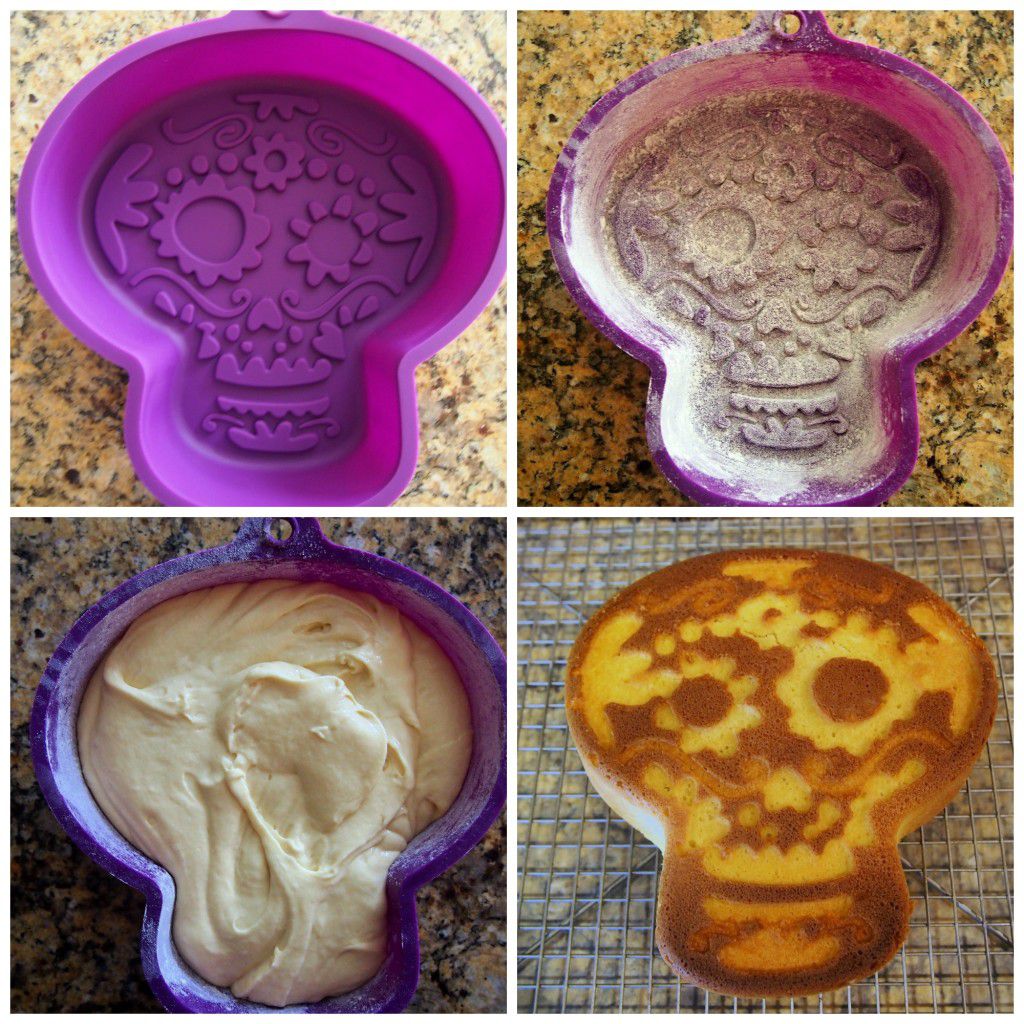 I learned something about poured fondant and cakes larger than Petit Fours…you have to commit.  Don’t think you can reheat the scraps and pour over sections of cake you missed initially.  It doesn’t make for a very smooth cake!  Luckily with this cake, I was decorating the heck out of it anyway so it wasn’t that noticeable.  If you can see how not smooth it is just don’t tell me.  Thanks.

I tinted one recipe of buttercream frosting with four different neon colors.  These are gel food colors by Wilton.  Love the neon colors, they are nice and bright! 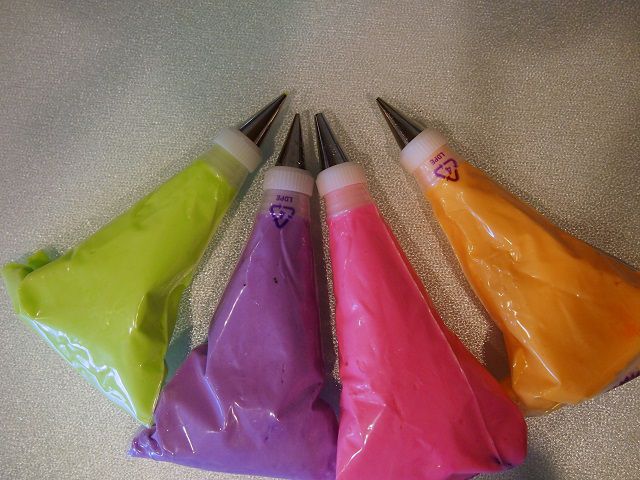 Piping on the colors on this cake was FUN!  I have a confession, I didn’t make the black icing.  That’s the good ole black gel frosting you get in the baking aisle of your grocery store.  I can’t make black icing that black and that shiny so I don’t even try.

This cake was enjoyed by all at my work Halloween Party!