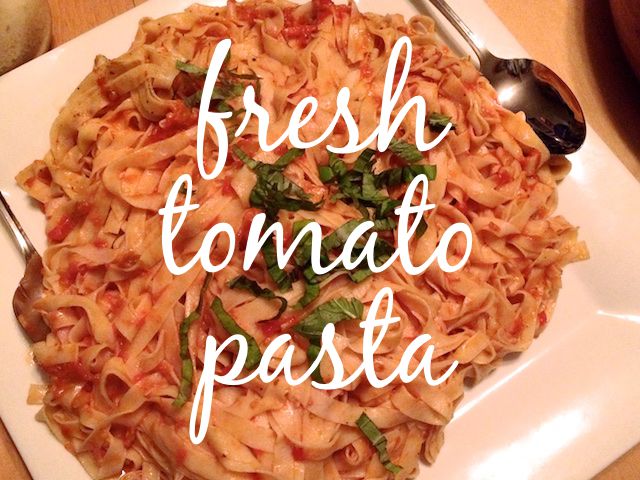 Until last week, summer was in full swing here in the Pacific Northwest. My garden has been highlighting what a long, warm season it’s been; the kale is robust, and most importantly, my six tomato plants are producing amazing fruit. The tomatoes are so sweet that you’re reminded that they are, indeed, a fruit, and not the vegetable we often mislabel them as.

Brandon and I have been loving the hell out of it – it’s pretty amazing to grow your own food (I’m still not over it – it’s something I never could have imagined I’d do back when I lived in New York) and I find it so satisfying to put work into something that yields such an amazing outcome. Also, I (embarrassingly) love to go into my yard to “harvest” the veggies. Can’t get enough of it.

As our plants began to produce, I was “challenged” (i.e. had the best problem ever) with what to do with all the tomatoes. I’d say that at least 25% went directly into my face, but I wanted to also find recipes that highlighted their flavor and didn’t get lost with a bunch of other ingredients. I found this tomato sauce recipe a few weeks back, and it was so easy and perfect – very few ingredients, crazy flavorful, and rich – that when my dad and his wife were in town this weekend, I made it again (and to be clear I made it to show off –   I’m pretty proud of our tomatoes!) 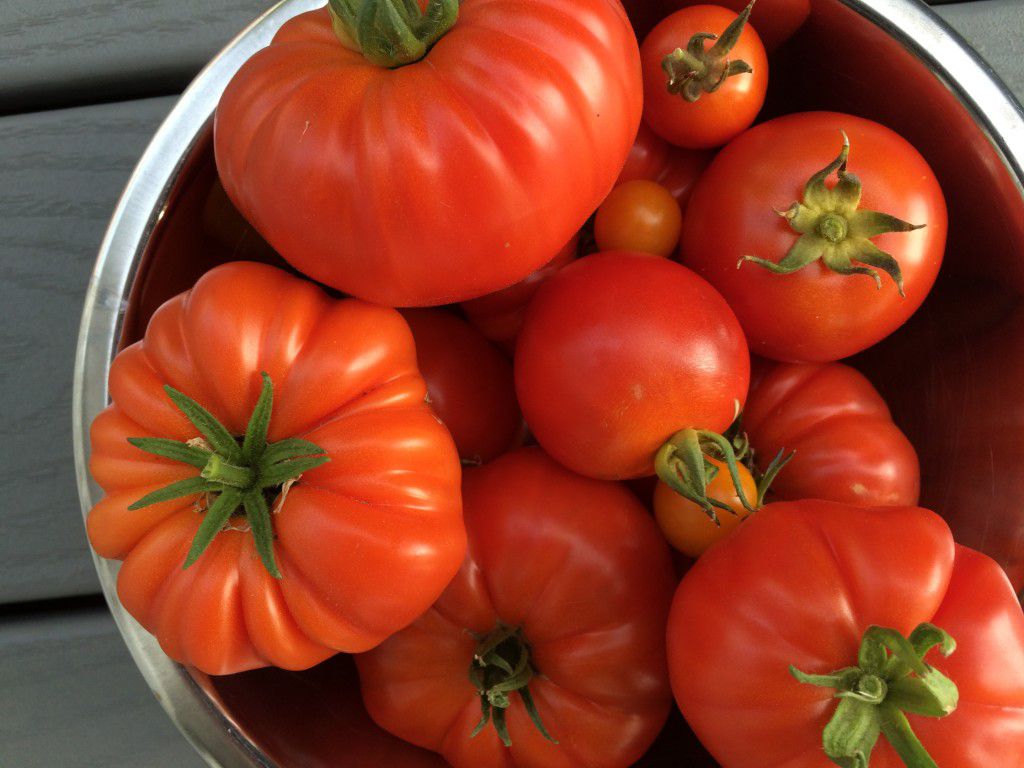 I’ve made this recipe twice now – the first time with dried pasta, and the second with this homemade fettuccine. The sauce is delicious no matter the pasta you use, but making it from homemade does elevate it to a pretty decadent dinner (and if you’re into showing off, then it takes up an extra notch!)

I didn’t change the recipe below, so I’m reprinting exactly as it’s written; my only minor edit was use a combination of tomatoes, including some cherry tomatoes (we have two plants). In a show of true compulsion, I did also peel the skins off of those little guys (I cut a small slit, rather than an “X” on the bottoms). It was worth the extra time, and in truth, it didn’t take that much longer. I didn’t remove the seeds though from the small tomatoes though – that was where I drew the line, and I don’t think those few seeds made any negative difference in the sauce. My only other notes are that it took longer than 25 minutes for the sauce to reduce, I didn’t need to use any pasta water to thin the sauce, and that I rolled my eyes at the directions to use wooden spoons (the original instructions include that you’ll “bruise” the pasta otherwise). My tongs worked very nicely.

About 1/3 cup extra virgin olive oil, plus more to finish the dish

1 oz. freshly grated Parmigiano-Reggiano (about half a cup)

6 to 8 fresh basil leaves well washed and dried, stacked and rolled into a cylinder and cut thinly crosswise into a chiffonade

To peel the tomatoes: Bring a large pot of water to a boil. Have a large bowl of ice water nearby. Cut a small X on the bottom of each tomato. Ease about 5 tomatoes in the pot and cook. Let boil for about 15 seconds and then promptly move them to the waiting ice water (do this with the remaining tomatoes). Pull off the skin with the tip of a paring knife. If the skin sticks, try a vegetable peeler using a gentle sawing motion. Cut the tomatoes in half and use your finger to flick out the seeds.

Let the tomatoes cook for a few minutes to soften. Then, using a potato masher, chop the tomatoes finely. Cook the tomatoes for 20 to 25 minutes, until the tomatoes are tender and the sauce has thickened. Refrigerate for up to 2 days or freeze it for longer storage.

To serve: Bring a large pot of amply salted water to a boil. Cook the spaghetti until just shy of al dente. Reserve a little of the pasta cooking water. Add the pasta to the sauce and cook over medium-high heat, gently tossing the pasta and the sauce together with a couple of wooden spoons and a lot of exaggerated movement (you can even shake the pan) until the pasta is just tender and the sauce, if any oil had separated from it, now looks cohesive (If the sauce seems too thick, add a little pasta liquid to adjust it). Take the pan off the heat and toss the butter, basil and cheese with the pasta in the same manner (the pasta should take on an orange hue) and serve immediately.

Posted on September 6, 2015
This entry was posted in dinner, vegetarian and tagged garden, seasonal, tomato.

← The Last Egg      The International Food Bloggers Conference – Part I →

One Response to Fresh Tomato Pasta