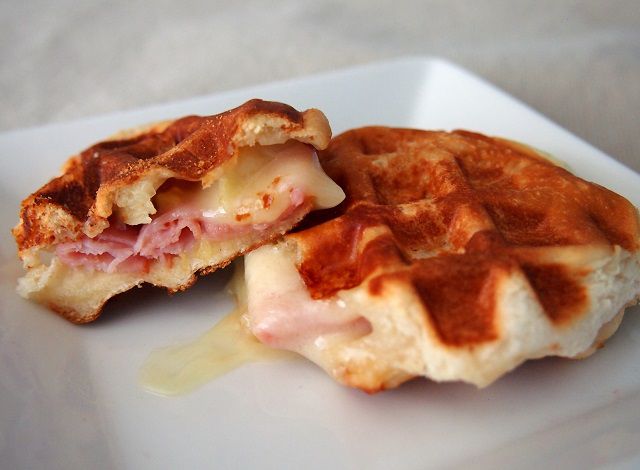 Not because Strudel and I thought it would be fun to blog about (although we do) but because according to the internet it really is, and of course we all know if the world wide web says it is then it must be true.

So through the power of suggestion, we are going to blog about sandwiches this month.  Sandwiches are not something I think about very often as a food choice so I am excited to experiment with them this month.

I was recently reminded of how much I love King’s Hawaiian Bread when I attended a Luau Party and had a burger grilled with a pineapple slice and cheddar cheese and topped with mango salsa.  To make it even tastier it was sandwiched between King’s Hawaiian burger buns!  It was a sweet and savory delight.  When Strudel and I decided to have a sandwich theme this month, I knew I wanted to make something with King’s Hawaiian Bread.

I’m not a fan of BIG sandwiches so I got King’s hawaiian rolls to make these little sandwiches.  They are super easy and super tasty.  I think they would make great little appetizers for a summer party.

makes as many as you want

Heat the waffle iron and when ready to press the sandwiches, melt a little butter into the section of waffle iron being used for these little treats.  Assemble the sandwiches as you like.  I did the ham, cheese, pineapple route!  I’m sure cheese, ham, pineapple would have tasted just as good!  Press down with your hand a bit before pressing it with the waffle iron.  Cook until you can start to hear the cheese sizzling over the sides of the bread.  Serve immediately.