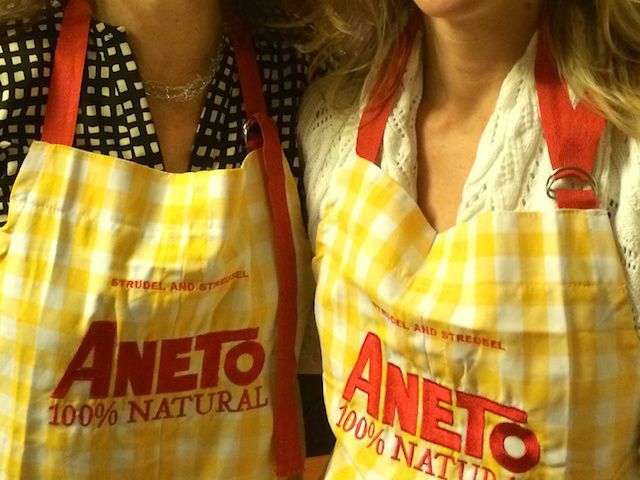 We’ve wrapped up Day 2 of the International Food Bloggers Conference – 14 hours of workshops, food, and networking, plus a quick trip to the Pike Place Market (and one wee little parking ticket for a certain forgetful blogger).

It’s been a really good conference – very different than the Foodbuzz conferences we’ve been to in the past. Despite all the photos of food we’re posted during this weekend, it’s actually been less food-heavy than Foodbuzz, and more focused on workshops and products. For example, we heard a number presentations from companies that make food and cooking gadgets, along with more technical workshops around writing and marketing blogs. Streusel attended a workshop put on by the National Cattlemen’s Association that discussed learning about the best cuts of meat and how to prepare them. We didn’t take photos in many of those workshops – we figured photos of raw hunks of meat – no matter how beautiful – doesn’t really go with the theme of our (primarily) baking blog.

Click through for some photos of the fun we’ve had (and eaten) this weekend! (and many thanks to Aneto for our custom aprons – we love them!)

Breakfast made Streusel swoon – sponsored by Noosa Yoghurt, Streus loves herself some Noosa – and with good reason. 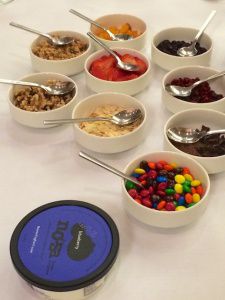 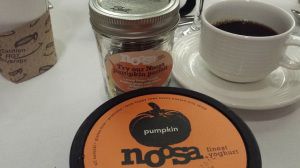 They’ve just launched a new flavor, pumpkin, and it honestly tastes like pumpkin pie filling. Sprinkle some granola on top, and it could be dessert (that you eat for breakfast. Or after dinner. Or both). 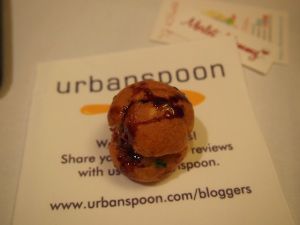 Another food that makes Streusel feel giddy – duck (yes, our duck farmer doesn’t just love to raise and care for the animal, she also loves to eat them – she’s committed to their full life cycle). When we attended the cooking demonstration with Thierry Rautureau, these duck sliders were handed out by Urbanspoon, and Streus confirmed they were wonderful.

The conference took place near the Pike Place Market, and when it was time for a break, we headed over to see the sights.

There was obviously a snack involved – beef and cheese pie from Piroshky Piroshky Bakery (delicious!). 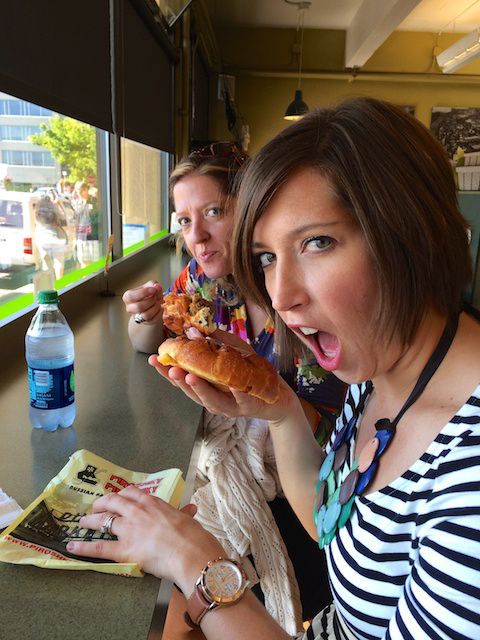 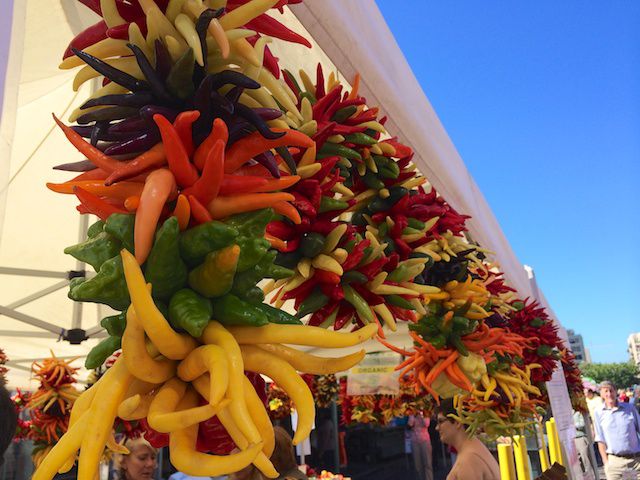 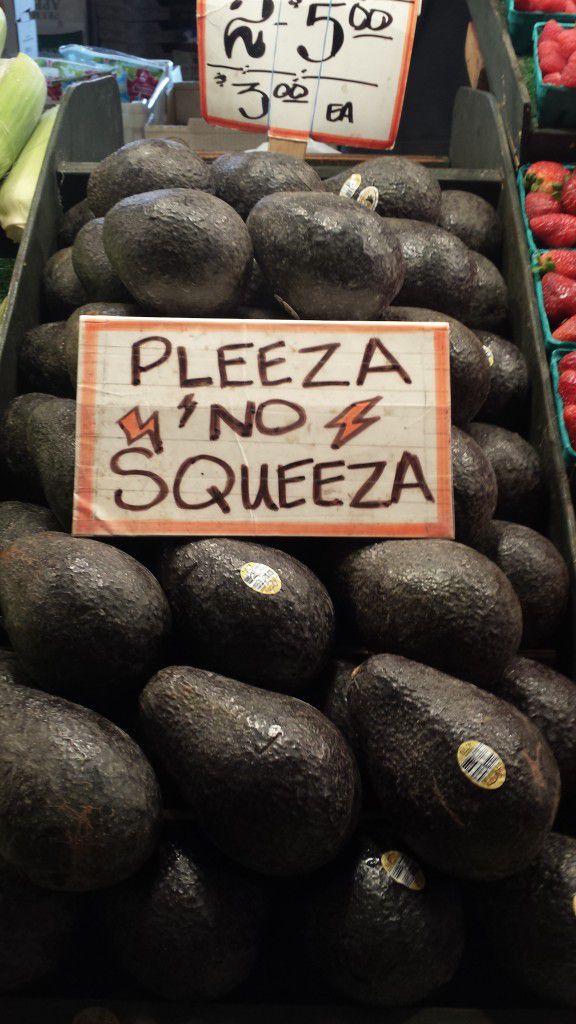 The evening was a “A Taste of Seattle & Gourmet Fair” – we picked up some more swag and had tons of tasty bites. Here’s a few photos, and we’ve linked to our favorite snacks.

A variety of nuts from Sante – we tried about a 1/2 dozen varieties, the chipotle almond and sweet and spicy pecans were our favorite. 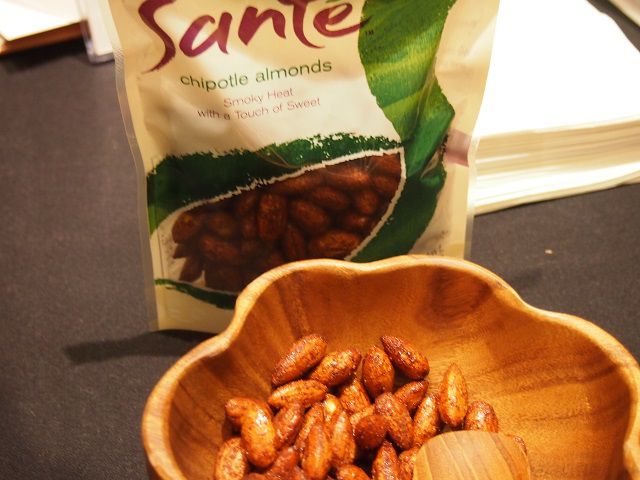 Chicken and waffles from Kaisho (there was kimchi *in* the waffles!) 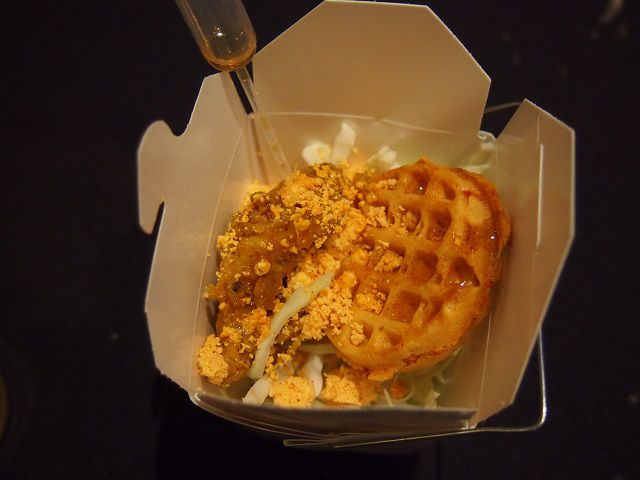 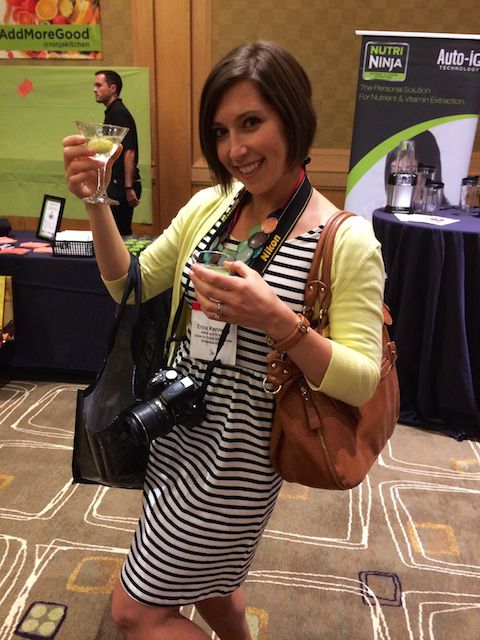 Trace served us with some watermelon sorbet frozen into orange slices – they were sweet, fresh and really amazing. In the cups was a little tomato salad. 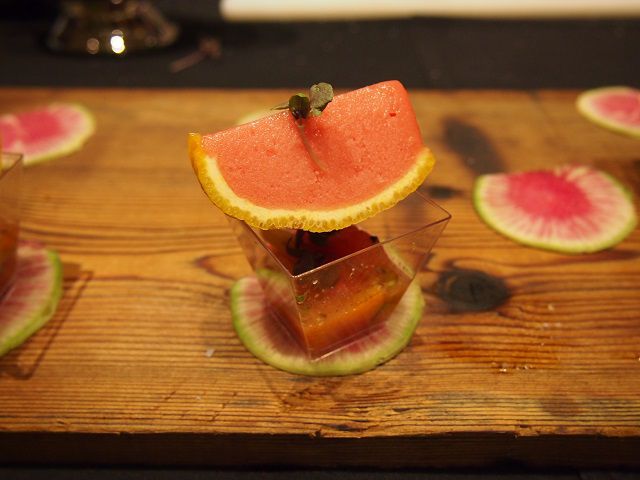 And finally, we wanted to thrown in a good word for Better Bean. Admittedly, we usually prep our own beans, but these were so tasty that when we’re next looking for a quick meal, these beans fit the bill for being healthy, natural, and filled with ingredients that we’d find in our own kitchens. They’ll be added to grocery lists in the future, for sure! 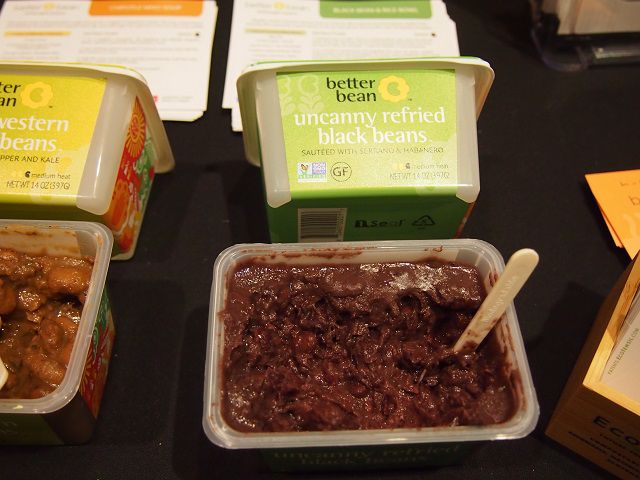