Takin’ down the Bacon in Denver 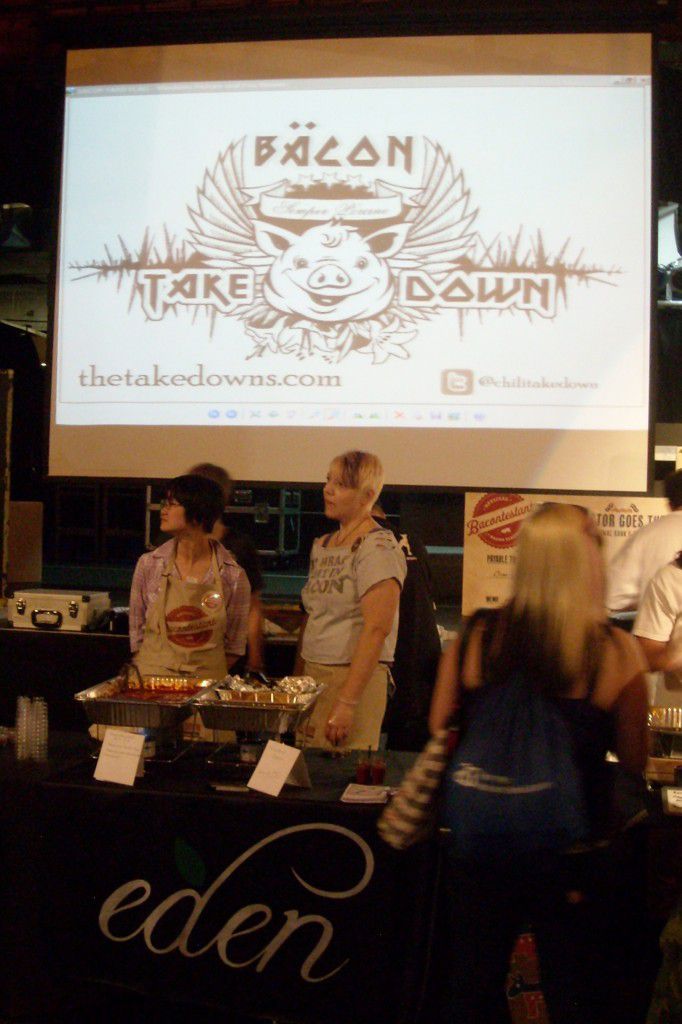 I am the luckiest girl on the planet!  Wanna know why?

I was invited to attend the 2012 Denver Bacon Takedown!

All they asked in return?  Come eat some bacon and do what you do, blog about it!

That alone made me a very happy girl but not only did I get to photograph and interview the contestants but I was also asked to be a judge!!!

Me judging a bacon competition?  It’s a dream come true!!!

Wanna know another bonus?  I got to meet a fellow Denver Blogger, Sara from the Saucy Dipper who also helped judge the competition (she’s down there on the right).

Here we are deliberating over who gets top prize…and enjoying this yummy event! 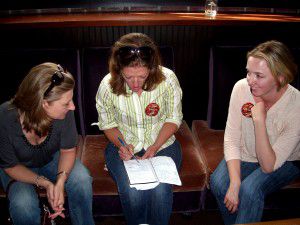 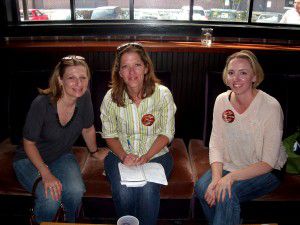 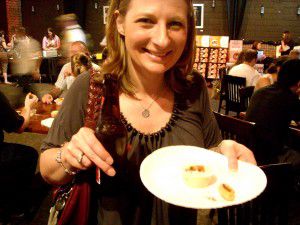 My foodie friend Lynn, who was my blogging assistant for the event (aka- she held my plate of food while I took pictures and held my camera while I ate food!) got to help judge the competition too!

I have to give a giant bacon shout out to sponsors Hormel® (love the Black Label®, good stuff) and Matt, the mastermind foodie from Brooklyn who started The Takedowns!

Denver was the second stop of a six city showdown of bacon prowess!

On a warm, Sunday afternoon in my lovely mile high town, 16 people came together to share their bacon creations!  Unfortunately I didn’t take as many pictures as I wanted because I was too busy stuffin’ my face!  Cameras get slippery when your fingers are greasy!

The winners got to take home some stellar loot from Le Creuset, Anolon, Wusthof, and Microplane.  Part of the proceeds benefited the Women’s Education Project – super cool!

Let’s recap the fierce warriors, shall we? 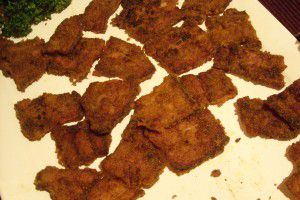 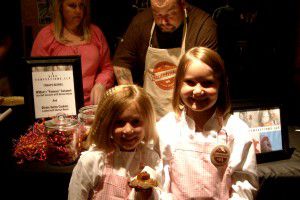 Brook had a mean Cajun Chicken Fried Bacon with Apple Bacon Chutney which the other judges and I awarded 3rd place!  Man this stuff was good, all fried up and spicy!!!

Crockspot (a gourmet food truck in Denver) and Team Occupy Bacon was Numero Uno in our book with their Bacon Bowl (mofongo and shredded pork shoulder, topped with chimichurri in a mini bacon bowl).  Ate them so fast I forgot to take a picture! 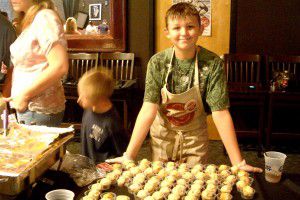 We awarded the young and handsome, Clayton Heilbrun, an honorable mention for his Smoked Swiss Bacon Beer Bread 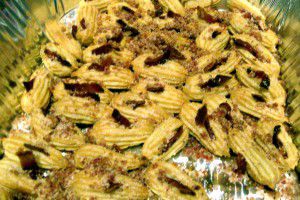 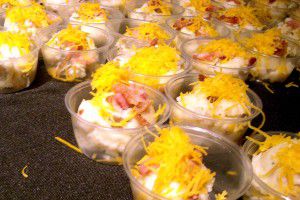 Josh Hielbrun  smoked 6 lbs of butter for his Smoky Bacon Cheddar Potatoes.  I would love to have this recipe for my next Thanksgiving dinner. 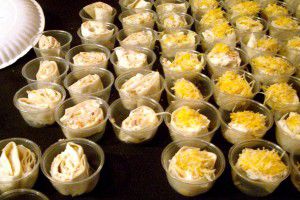 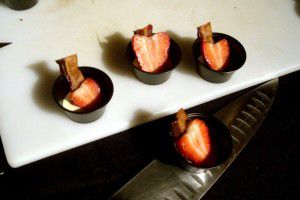 Mike Heilbrun made a yummy Pig Roll that was a tortilla with bacon, cream cheese, green chilis and many other wonderful ingredients.

Jake and Team Occupy Bacon made Bacon and Eggs which was a shooter of creme anglaise, bacon dipped in chocolate and a sliced strawberry! 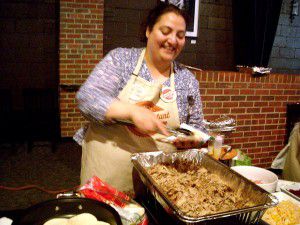 Vivian Pena & Olimpia Sandoval made a tasty Pork Taco with Pickled Red Onion, Jicama, Pineapple Slaw & Chili Candied Bacon.  I could have eaten a pound of this candied bacon!

Here’s some more folks I have to apologize to because your fare was so yummy, I forgot to snap a photo…

Andrew made a Bacon Rumaki with chicken liver and water chestnuts wrapped in bacon!

Ching & Kyndra made a Deconstructed BLT which was a tomato bacon soup served with an asparagus spear and candied bacon on the side.

Marni & Terry made a Bacon Chocolate Caramel and Bacon Toffee which was adorably adorned with little pink pig sprinkles.

Chi & Drew made a Pineapple Bacon Mousse with Roasted Jalapeños

Kristi Spitzer made a Piggy Pumpkin Lasagna & Bacon Brown Sugar Biscuits with Bacon Jam & Bacon Butter.  They were awesome and she won the People’s Choice Award for Top Prize!

If a Takedown is coming to your city, go, go as fast as you can!  This event does not disappoint!  It’s a fun group of people all sharing their love for food!

Posted on April 23, 2012
This entry was posted in favorites in Colorado and tagged bacon, Black Label Bacon, competitions, Hormel, The Takedowns.

2 Responses to Takin’ down the Bacon in Denver