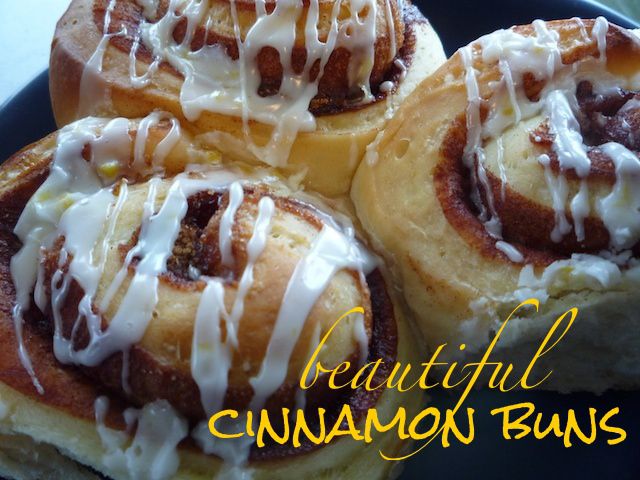 I had absolutely no reason to make the cinnamon buns, other than I like sweets, I was in the mood to bake, and Brandon’s parents were coming to Seattle for a night, which meant that I’d have people to feed them to in the morning. Plus, I could have everything done on Saturday (except the 2nd rise), stick the buns in the fridge, and bake them off first thing Sunday morning (Brandon’s dad, Mark, wakes up freakishly early, so I knew he’d be able to retrieve them from the fridge to give them enough time to rise before an 830am bake time).

I do also have to say, these were some tremendous buns. They were so very delicious dough that’s not super sweet, cinnamon sugar that adds lovely gooey goodness throughout, with just the tiniest tang of lemon.

The recipe comes from the cookbook that I should henceforth refer to as The Bible, Peter Reinhart’s “The Bread Baker’s Apprentice.” I’ve also baked bagels and cinnamon walnut raisin bread, and this cookbook just doesn’t disappoint.

You’ll start off creaming together the sugar, salt, and butter, then adding egg and lemon zest. After that, flour, yeast and milk will go into the stand mixer, and you’ll start kneading your dough. You’ll want a dough that’s (as Peter says) “silky and supple, tack  not sticky.” He acknowledges that you may need to add more flour or water to get to this stage; I’ll admit that I had to add about one more cup of flour to get there. I did it slowly, adding about a tablespoon at a time as it kneaded, to make sure that I didn’t over-flour the dough. But, once the dough was right, it was easy to tell; it had a great smooth texture and was easy to work with.

Here’s what the dough looked like, once it was done mixing, then post-knead 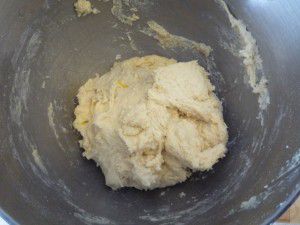 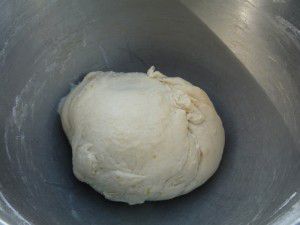 Then, into the bowl for the first rise. Here’s the dough, pre and post rise 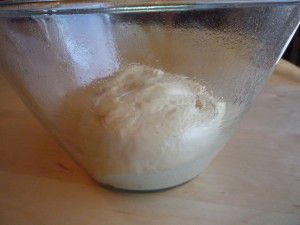 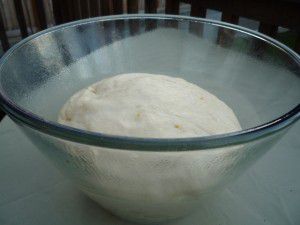 After that, you’ll roll out the dough and sprinkle the cinnamon sugar over the surface 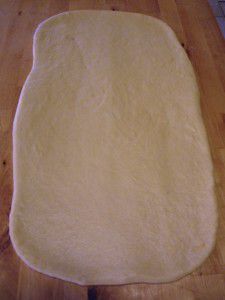 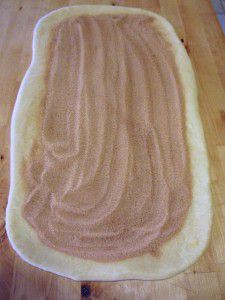 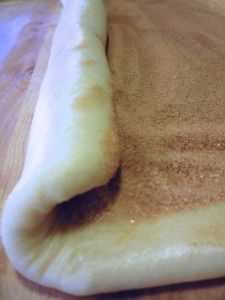 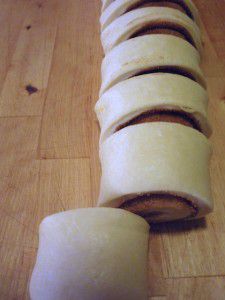 Line up the buns on pans, and let sit for their 2nd rise now (or refrigerate – what I did – for up to 2 days). Here they are, before and after the 2nd rise 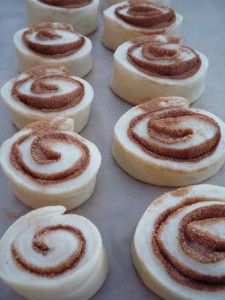 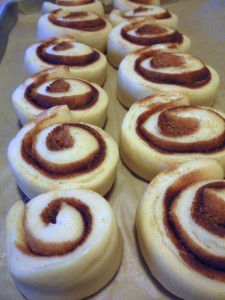 Bake and be amazed! 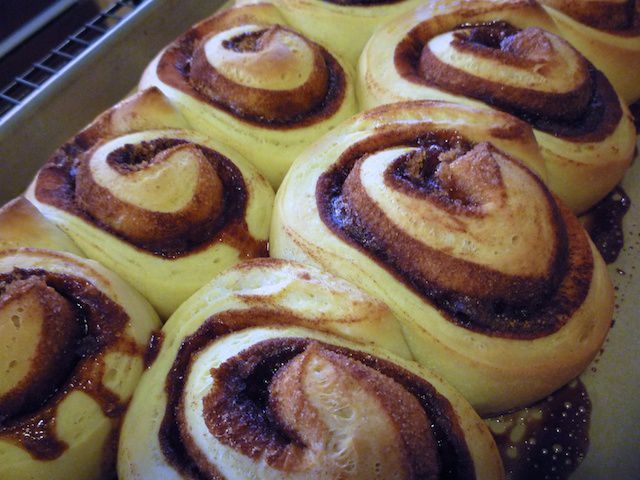 All that’s left is a bit of fondant glaze, for some extra sweetness and decoration 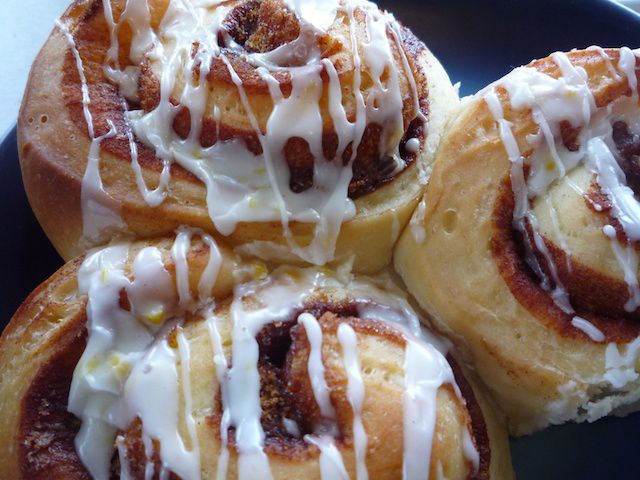 from “The Bread Baker’s Apprentice” by Peter Reinhart

1. Cream together the sugar, salt, and butter on medium-high speed in an electric mixer with a paddle attachment. Whip in the egg and lemon zest until smooth. Then add the flour, yeast, and milk. Mix on low-speed until dough forms a ball. Switch to the dough hook and increase the speed to medium, mixing for approximately 10 minutes, or until the dough is silky and supple, tacky but not sticky. You may have to add a little flour or water while mixing to achieve this texture (note: my dough was super sticky, so I slowly added more flour until it was the consistency I wanted). Lightly oil a large bowl and transfer the dough to the bowl, rolling it around to coat it with oil. Cover the bowl with plastic wrap.

2. Ferment at room temperature for approximately 2 hours, or until the dough doubles in size.

3. Mist the counter with spray oil and transfer the dough to the counter.

Sprinkle the cinnamon sugar over the surface of the dough and roll the dough up into a cigar-shaped log, creating a cinnamon-sugar spiral as you roll. With the seam side down, cut the dough into 8 to 12 even pieces about 1 ¾ inches thick for larger buns, or 12 to 16 pieces for smaller buns.

5. Line 1 sheet pan with parchment paper. Place the buns approximately ½ inch apart so that they aren’t touching but are close to one another.

6. Proof at room temperature for 75 to 90 minutes, or until the pieces have gown into one another and have nearly doubled in size. You may also retard the shaped bun in the refrigerator for up to 2 days, pulling the pans out of the fridge 3 to 4 hours before baking to allow the dough to proof.

7. Preheat the oven to 350 with the oven rack on the middle shelf.

8. Bake for 20-30 minutes, or until golden brown. Cool the buns in the pan for about 10 minutes and then streak white fondant glaze across the tops while the buns are warm but not too hot. Remove the buns from the pans and place them on a cooling rack. Wait at least 20 minutes before serving (note: we only  made it about 10 minutes)

Sift powdered sugar into a bowl. Add lemon zest and warm milk, briskly whisking until all the sugar is dissolved. (note: I used an extremely small amount of this glaze – it might be worth it to cut down on the proportions and make only about a ¼ of the glaze. But, I suppose that depends on how much you like glaze!)