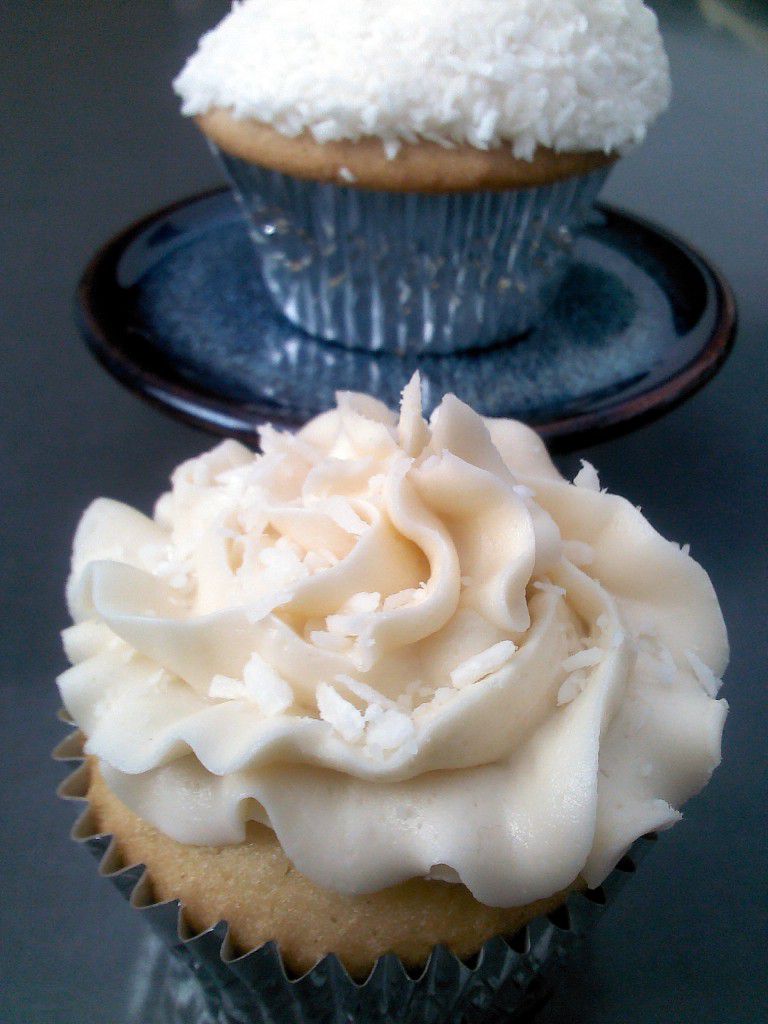 I have a confession.  I invited a friend, other than Strudel, over to bake during the superbowl since as you know from this post, I was not going to be watching it!  I know, I know, I feel like I have cheated on my dear friend.  But, what’s a girl to do when her baking buddy lives in another state! 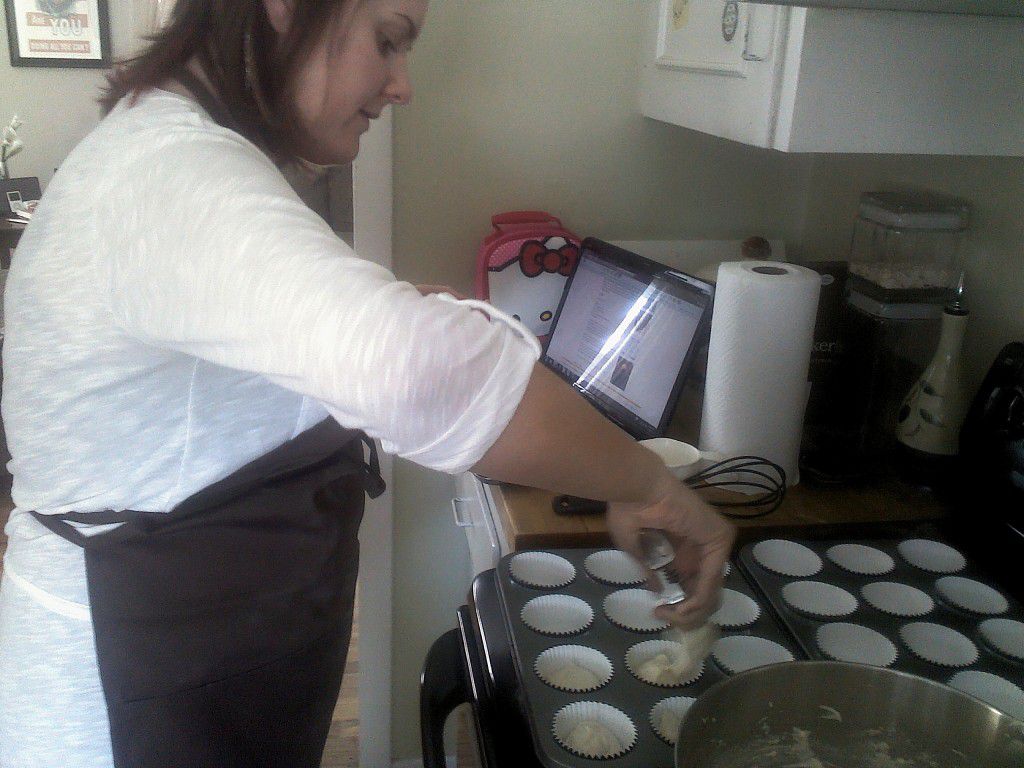 This other baking friend, Heather, wanted to make cupcakes and so I sat her down with my two Baked cookbooks and she oohed and aahed when she saw the  Coconut Snowball Cupcakes in Baked, New Frontiers  in Baking.  We adapted the recipe a bit for an easier, but I imagine, to be just as tasty as the original.

Sift the first 5 ingredients together into a bowl and set aside.  Using a stand mixer with the paddle attachment, cream the butter and shortening together on medium speed until creamy, about 2 minutes.  Add the sugar, beat until combined and then add the vanilla and egg and beat until combined.  Alternate adding the sifted flour mixture and ice water in 3 amounts, starting and ending with the flour mixture.  Beat on medium to medium high speed creating a fluffy batter.  Beat the egg whites and cream of tartar in a seperate bowl until soft peaks form.  Fold the egg white mixture into the batter.  Fold in the grated coconut.  Bake at 350 degrees Fahrenheit for 15 to 18 minutes (this is for high altitude, if at lower elevations bake at 325 degrees Fahrenheit for 20 to 25 minutes).

Let the cupcakes cool completely before Making the Frosting…

Using a stand mixer with the paddle attached, cream the butter.  Add the powdered sugar and vanilla and mix on low speed until the sugar is incorporated and then mix on medium high speed for 2 minutes until fluffy. 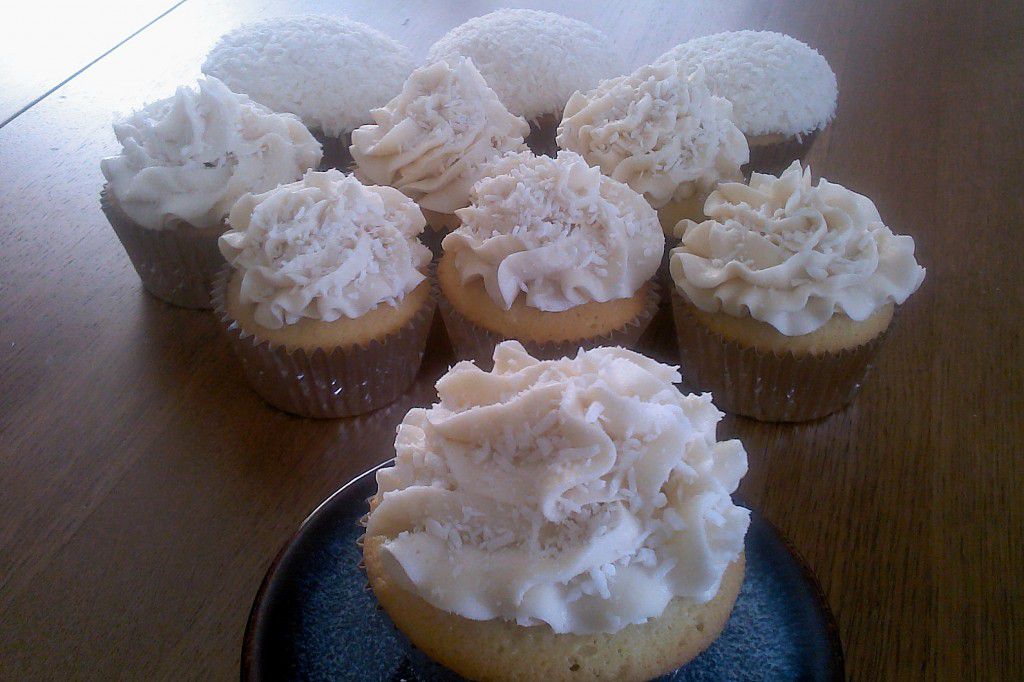 To create the frilly cupcakes, use a 2D tip and slowly pipe a generous amount of frosting around the edge of the cupcake working towards the center.  Lightly sprinkle with the grated coconut. 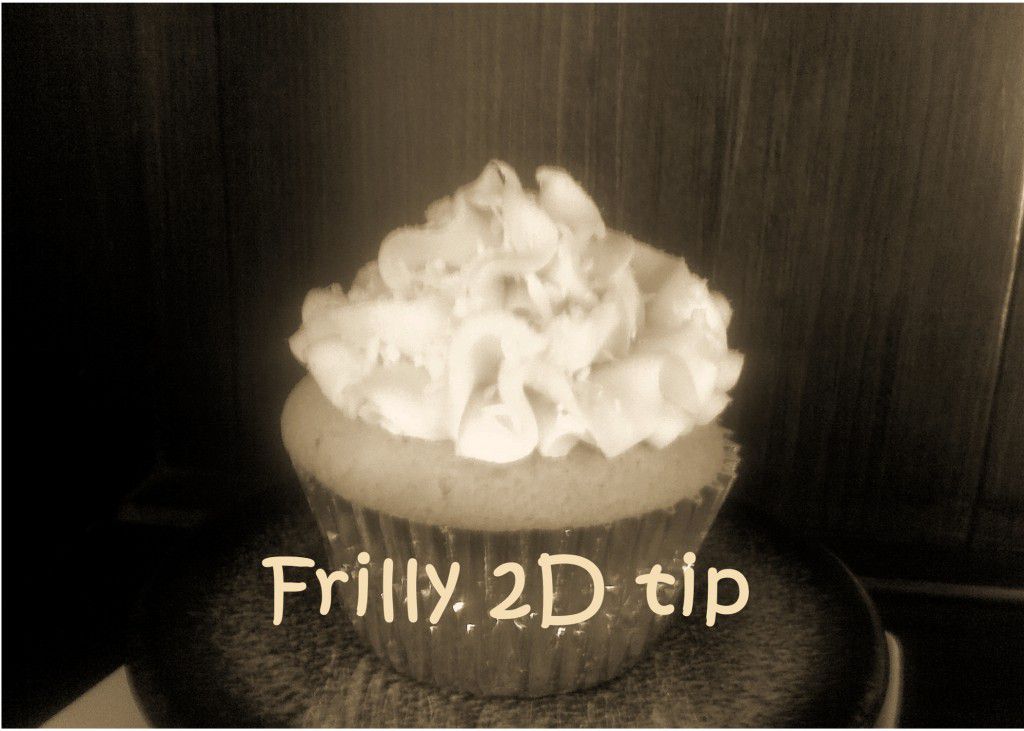 To create the snowball look, using a 1A tip, pipe the frosting around the edge of the cupcake and towards the center.  Then turn the cupcake upside down into a bowl of grated coconut and moderately press the entire cupcake into the coconut.

Posted on February 12, 2012
This entry was posted in cupcakes and tagged Baked, coconut, cupcakes, New Frontiers in Baking, vanilla.

← Sable Cookies      Science of Chemical Leaveners… and a Muffin →