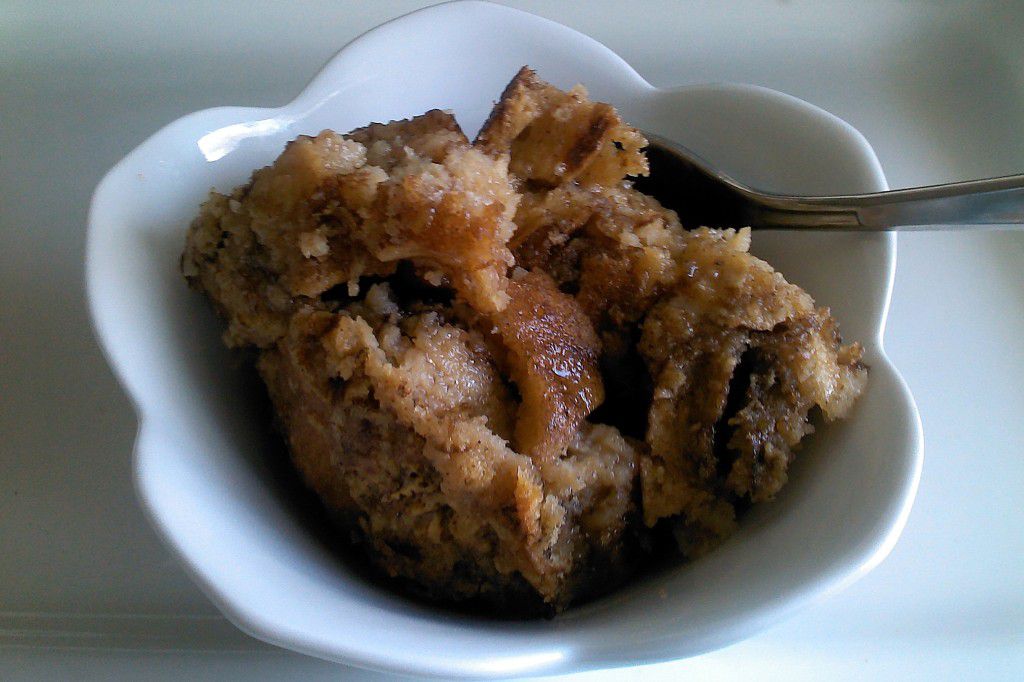 Do you love your freezer as much as I do?

I make stuff and throw it in my freezer ALOT.  Then several weeks later, I realize I made the things to eat later and that later is now!  However, last time I made pancakes (try this recipe), I forgot to let them cool before stuffing them in a plastic bag.

So, when I pulled the pancakes out, they were one big block of pancake.  Soooo I decided to just cut it up and try making a bread pudding out of it, hence the Pancake Pudding!

adapted from The Joy of Cooking’s Bread Pudding

12 ounces of cut up pancake (about 6 large pancakes) 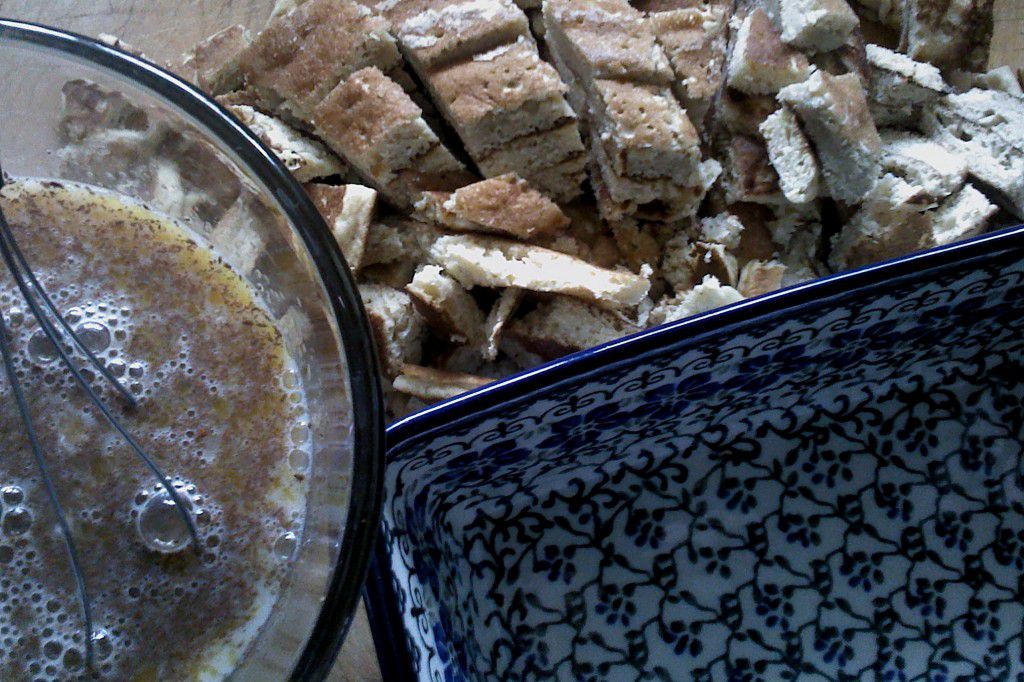 Preheat the oven to 350 degrees Fahrenheit.  Combine all of the ingredients (except the pancakes) into a glass bowl and whisk together until the eggs are well beaten. 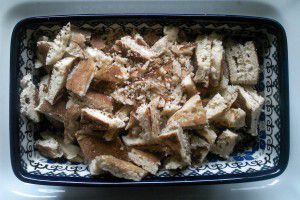 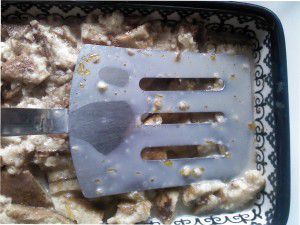 Place the loaf pan in a larger pan that contains about 2 inches of water.  Bake in the waterbath for 1 hour and 10 minutes or until the pudding is puffed up and firm to the touch. 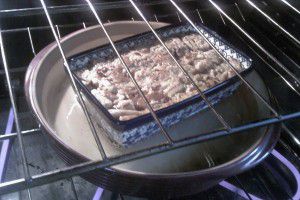 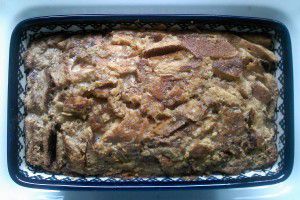 Let cool for 10 minutes and then slice or scoop into a bowl.  Serve topped with maple syrup. 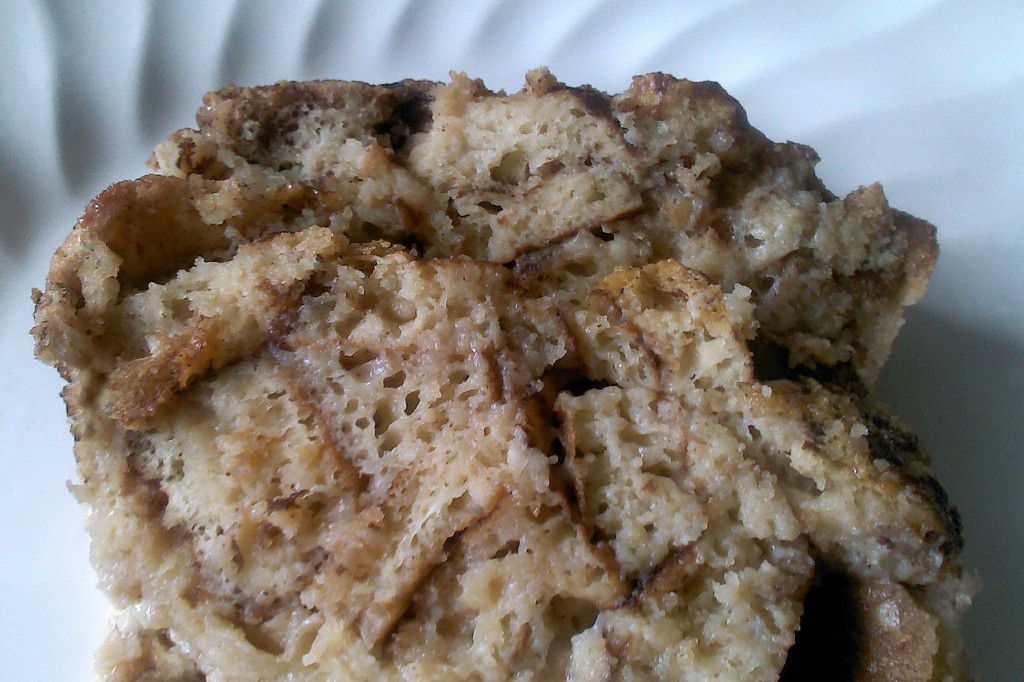