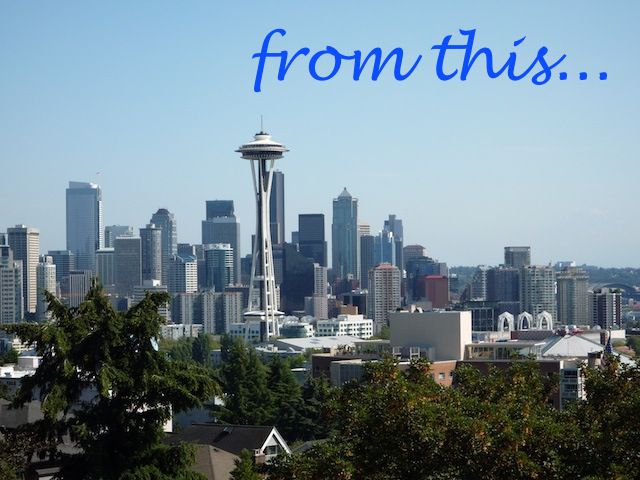 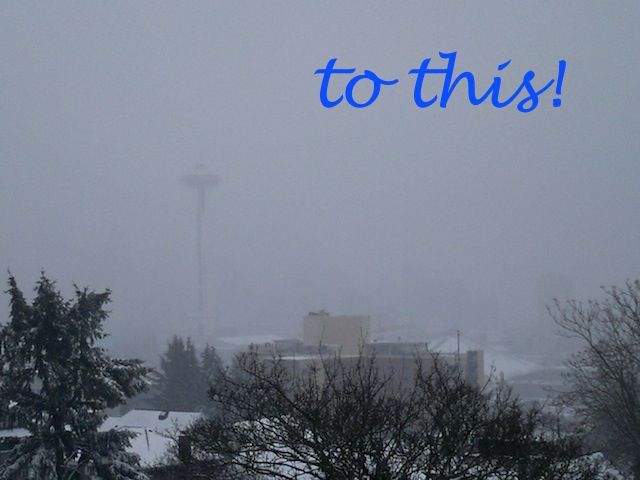 Ack! Check out my town! The photos above were taken in the same spot, seasons apart.

The news had been reporting heavy snowfall for days, and Seattle has been in serious prep. I’m terrible in snow – just because I lived in Denver doesn’t mean I ever learned how to drive, or dress appropriately, in this weather. The really bad stuff started very early this morning, and while many people stayed home from work (especially people who live outside the city) I was lucky. I live on the top of a very long and steep hill, so the concern was the bus route would be canceled, but when I got to the stop, the bus was there, warm and ready for passengers (actually, the driver must’ve been on a break, because the bus was just sitting there. But I didn’t know that, so I did one of those dorky half-runs, where you’re trying desperately not to fall on your ass while hurrying, and panting all the while).

My luck ran out later in the day, when I learned that the buses had stopped going up the giant hill leading to my neighborhood. This meant one thing: I’d be hoofing it, in the snowy cold, if I wanted to see my gorgeous sofa tonight. This made me cranky… even though the re-route made sense, the last thing I wanted to do was clomp up a giant hill in 26 degree weather with snow blowing in my face.

BUT! I had no idea how excited Seattle gets in a good snow. As I trudged up the hill (the bus dropped me off a few blocks from the bottom), people came flying down on snowboards, sleds, and even someone on a 4 wheel ATV (I missed getting a photo of that!). It was pretty great… turns out the top of the had been closed off, and people grabbed what they could to pummel down the hill; I even saw a double air mattress clutched in the arms of an excited sledder. 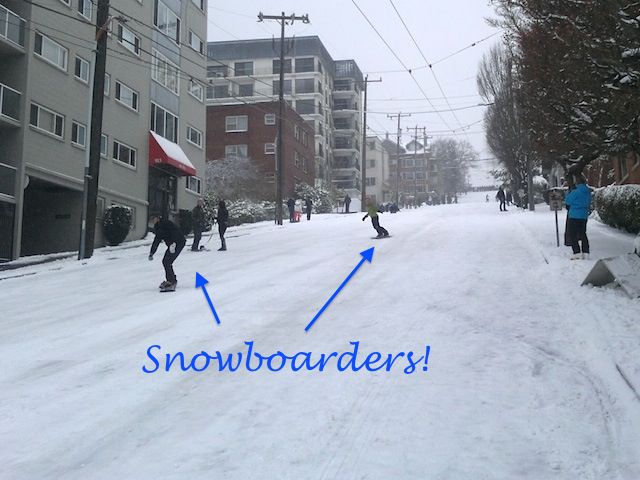 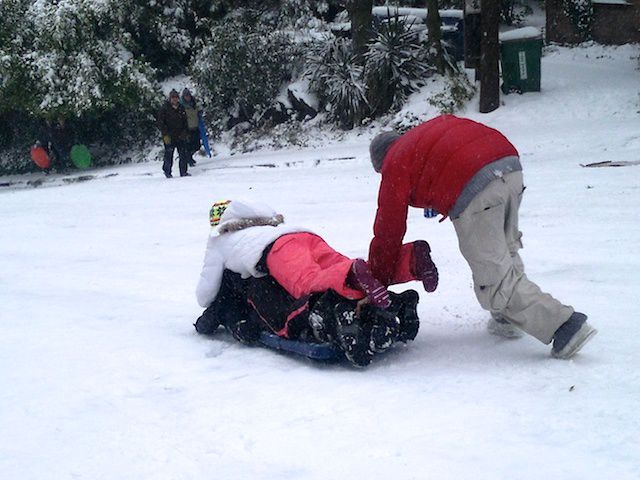 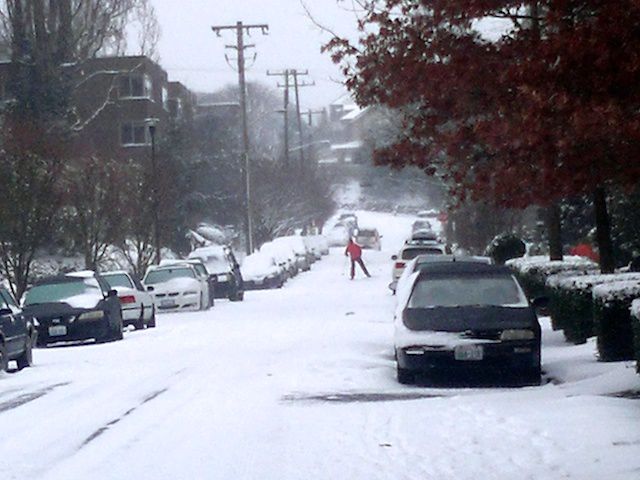 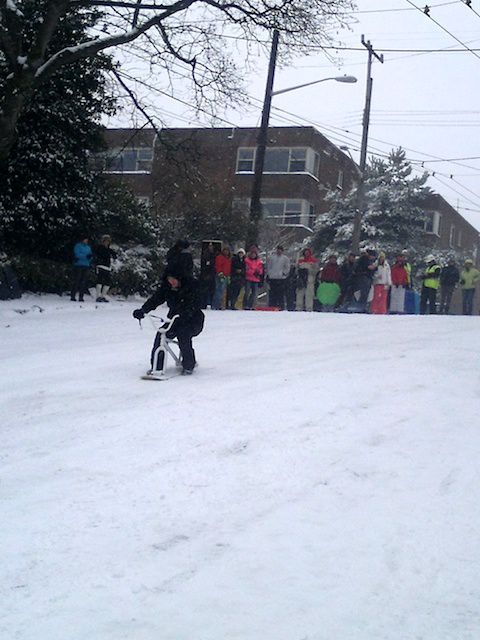 Oh! And the best part! If luck holds out, we leave for San Diego tomorrow. That means that we get to enjoy the nice pretty snow today, be in San Diego during the slushy gray mess that’s to follow, and return when it’s all melted. Think good airport thoughts for us!