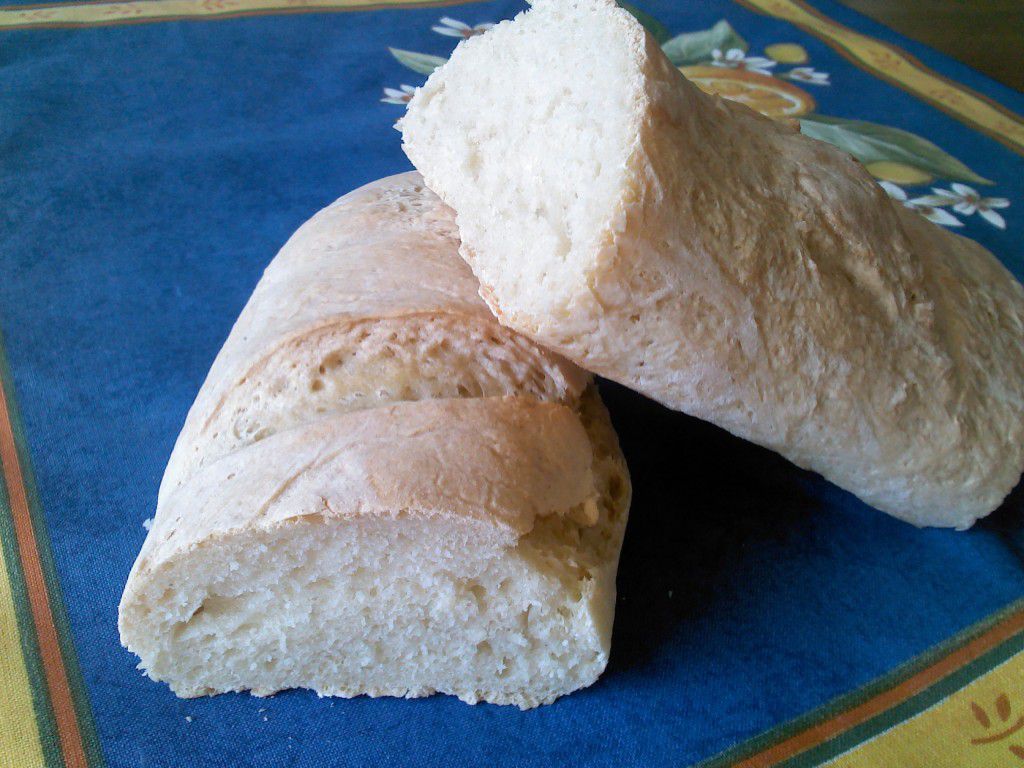 I got many wonderful gifts this holiday season but one of my favorites was a Cuban cookbook, Memories of a Cuban Kitchen by Mary Urrutia Randelman.

Many of you may not know this about me but I lived in Miami as a teenager.  My father was in the Air Force and he was stationed at Homestead Air Force Base.  We left 2 days before Hurricane Andrew decimated Southern Florida in 1992.  The base we lived on was never reopened after being destroyed by that hurricane.  I have many fond memories of Miami…

Losing my bikini top in South Beach and almost having to walk to shore topless in front of my father.  Luckily my brother’s best friend found my top drifting away and I was saved from that humiliation, granted not before he and my brother had a front row seat to the show!  Good times, good times.

But my best memories come from the wonderful cuban food.  The guava con queso empanadas, the palomilla steak and drum roll please…

Well, now I have a cookbook that teaches me how to make cuban bread and most notably the Sandwich Cubano. 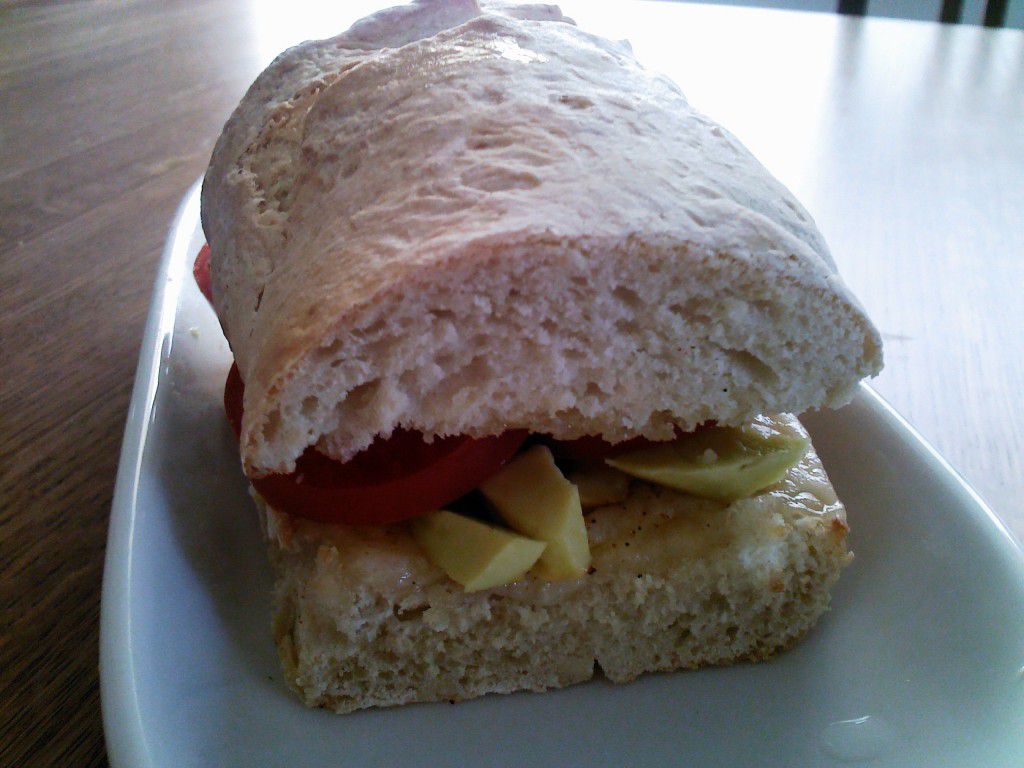 I have a confession.

I know hate is a strong word but that is how strongly I feel about ham.

The sandwich cubano is traditionally made with ham, mayonnaise, swiss cheese, pickles and melted butter brushed on and the whole thing pressed with a cast iron and baked or squeezed in a sandwich press.

I made a different kind of cubano that frankly wouldn’t be recognized by any cuban as the sandwich they love however I did make the cuban bread exactly like the recipe.

1/3 loaf of cuban bread, sliced lengthwise in half (see recipe below)

Heat the olive oil over medium heat and press the clove of garlic into the oil.  Let cook for 30 seconds and then remove from the heat before the garlic burns. 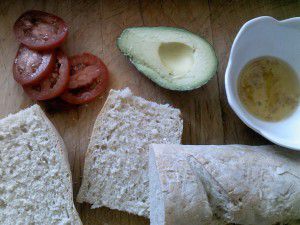 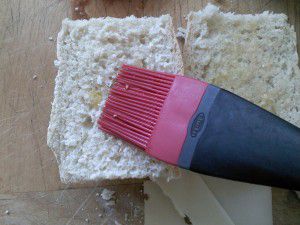 Brush the cut edge of the bread with the garlic olive oil.  Place the sliced cheese on top of the oil and broil the sandwich open face until the cheese is melted. 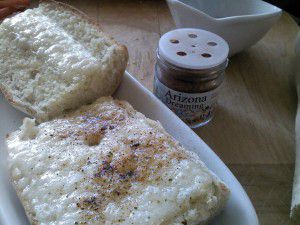 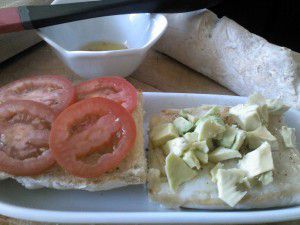 In the bowl of a stand mixer fitted with the kneading hook, combine the sugar, yeast and water and let sit for a few minutes.

Add half the flour and the salt and knead on low-speed.

Continue adding the flour and kneading until a ball is formed and it no longer sticks to the sides of the bowl.  Place the dough into an oiled bowl, cover with a shower cap and let rise for about 90 minutes or until doubled. 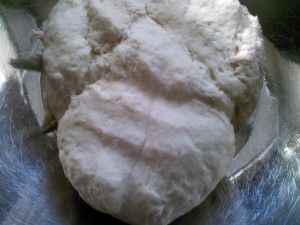 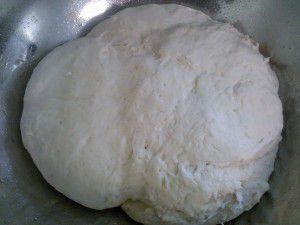 Place dough onto a well floured board and cut into two pieces with a bench knife. 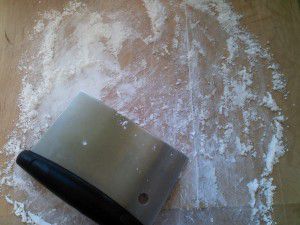 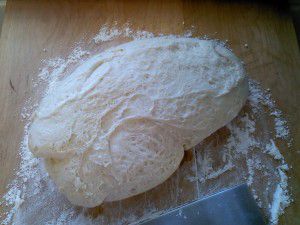 Lightly shape the dough into two loaves and score in 4 to 5 places on top of each loaf.  Brush with water. 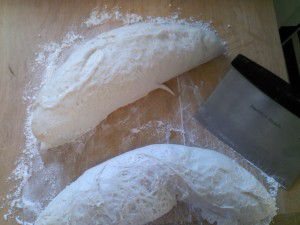 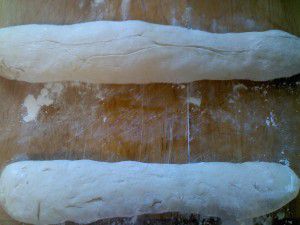 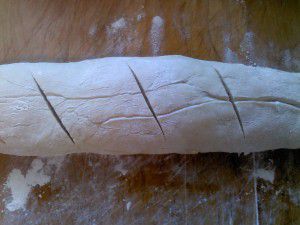 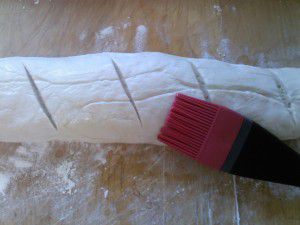 Place the loaves on a baking stone in the upper rack of the oven with a pan of water on the lower shelf.

Turn the oven on to 400 degrees and let the loaves bake for about 40 minutes.  They will rise slightly while the oven heats up.  Let cool before slicing for the cuban sandwich.

2 Responses to The Ham-Free Cuban Sandwich