Pelmeni with Bacon, Potato and Onion 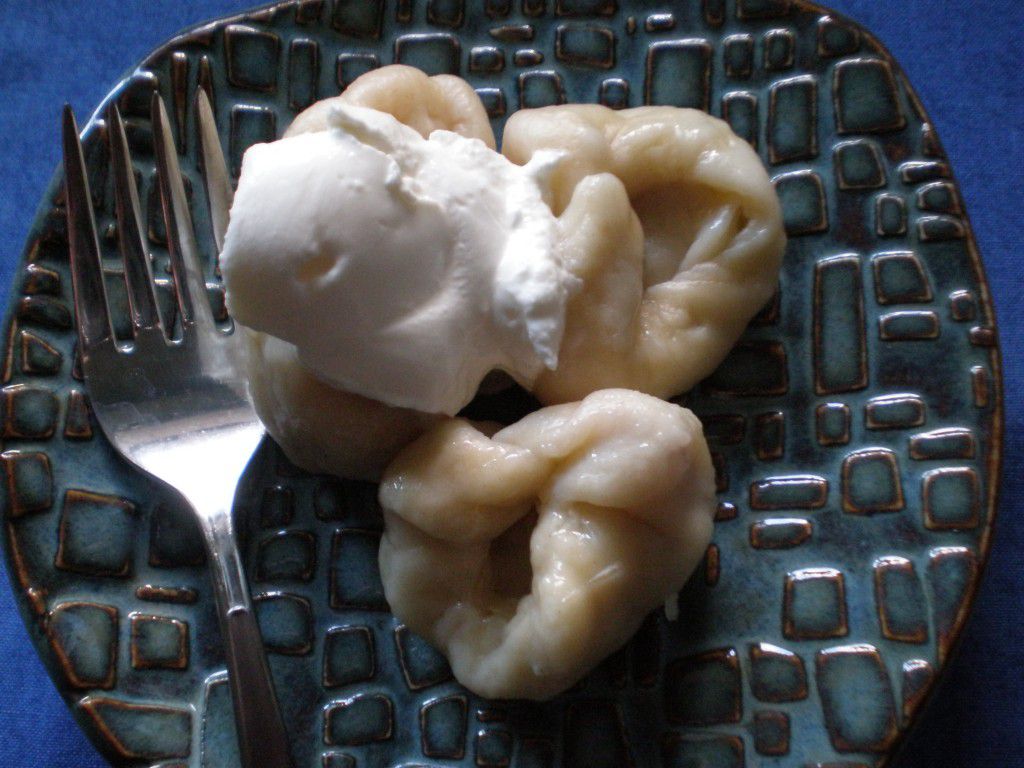 I first tried these in Seattle with Strudel and thought they were tasty.  As my grandmother would say, these are “stick to your ribs” kind of food, good home-cookin’ kind of food!

I made these in under an hour.  My friend, Sasha, who lent me the cookbook, approved of their taste.  The cookbook informed me that their name comes from their shape, half moons or little ears.  Travelers in Siberia would be given a frozen bag of pelmeni because they would keep well and all that was needed was a fire and a cauldron of water to cook them.  They are traditionally filled with meat or vegetables or on special occasions, fish.

I tried potato, bacon and onion in these and ate them so fast there were none left to freeze.  Several batches can be made and frozen back before boiling for a quick hearty meal on a cold night. 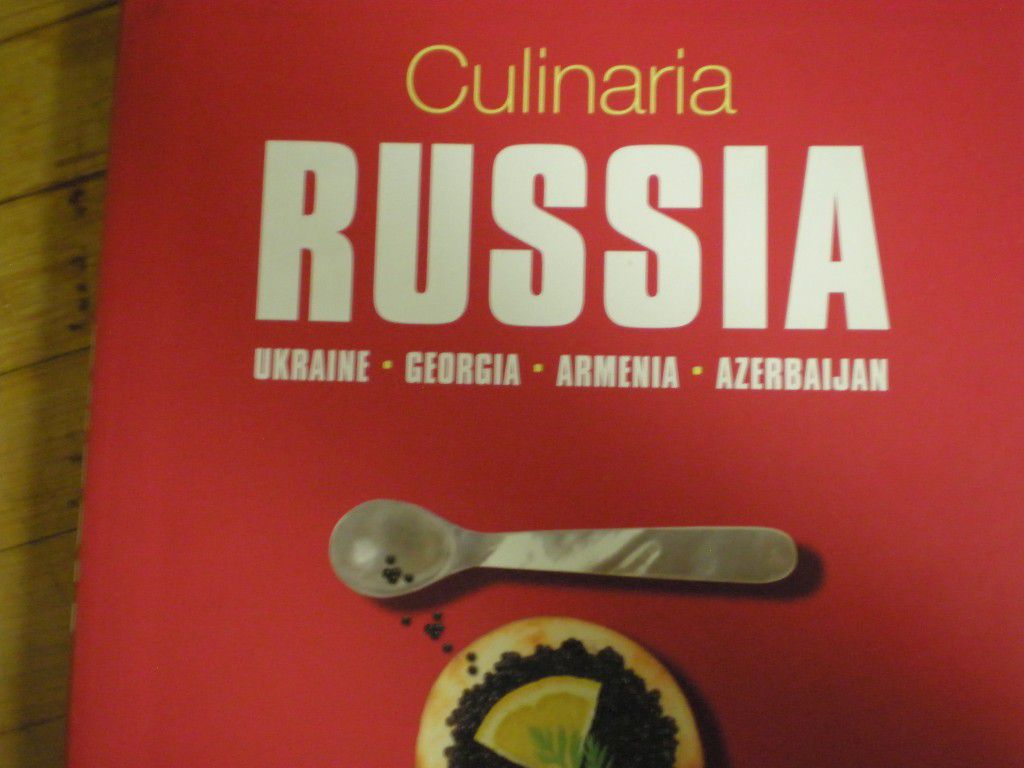 makes about 25 to 30 dumplings

butter and sour cream (or lebni) for garnish

Combine the flour, egg and salt in a stand mixer with the kneading hook attached and slowly add the water with the dough hook set on low-speed.  Gradually increase speed and add water until little balls of dough start to form.  Knead until the dough no longer sticks to the bowl.  Set on a floured board, cover with plastic wrap and let sit for 20 minutes.

While the dough rests; fry the bacon, microwave the potato and saute the onion.  Peel the potato and mash with 2 T. of the bacon grease.  Add the bacon and onion and mix together with a fork, set aside. 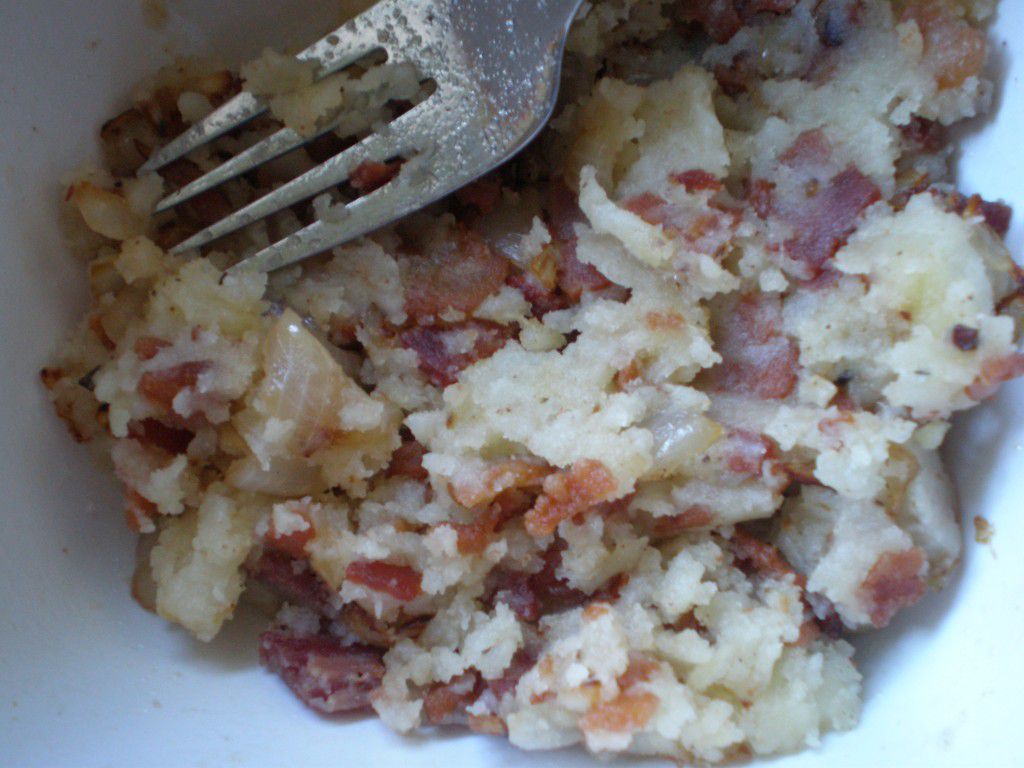 Start a pot of salted water to boil while rolling out the dough.  Roll it out as thin as possible and cut out 3 inch circles. 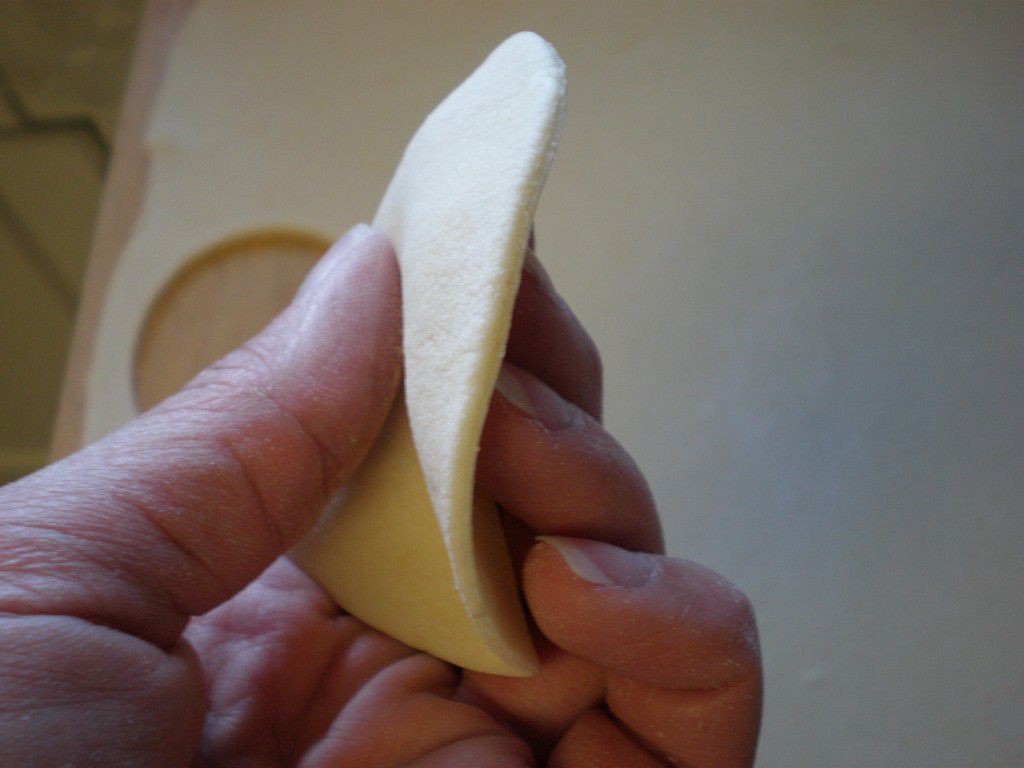 Place 1 t. of filling in the middle of each circle.

Fold in half, pinch all sides together tightly and bring the corners together and pinch.  Much like a tortellini shape. 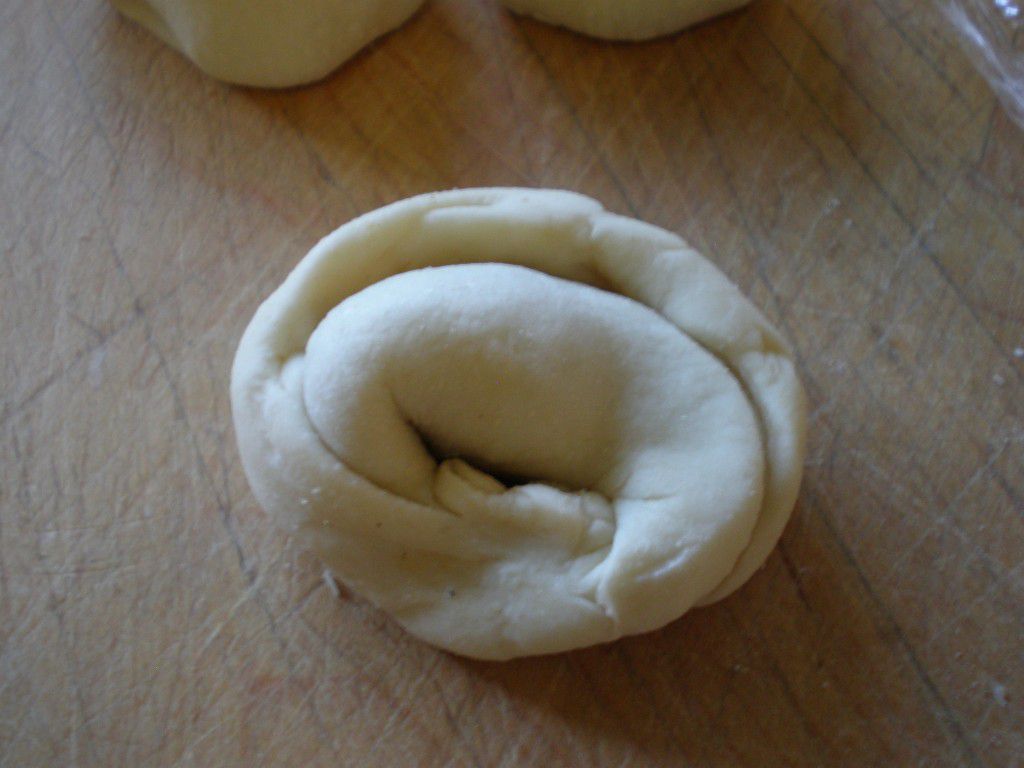 It’s easier said than done but by about the 20th dumpling I was getting the hang of it.

Place pelmeni in salted boiling water.  Boil for about 5 minutes or until they float and then turn the heat down and cook for an additional 3 to 5 minutes.

Remove the pelmeni from the water with a slotted spoon and toss with butter. 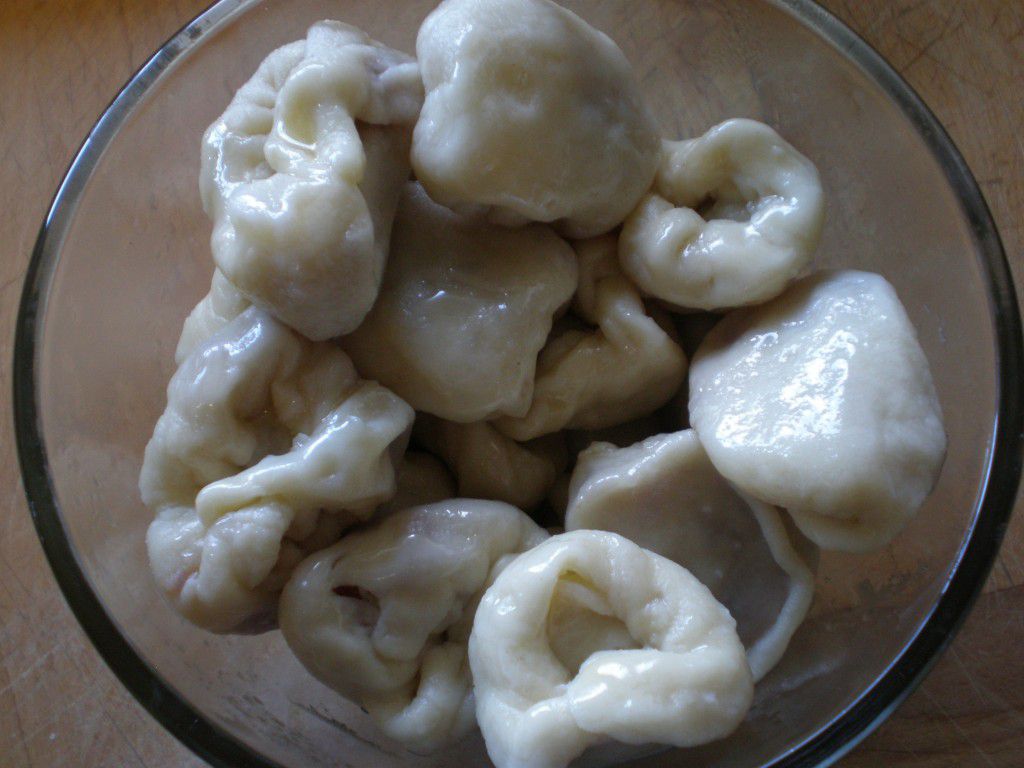 If freezing the pelmeni to boil later, spread out on a plate and freeze for about 30 minutes.  Once semi-frozen the pelmeni can be tossed into a ziploc bag to freeze long-term.

One Response to Pelmeni with Bacon, Potato and Onion