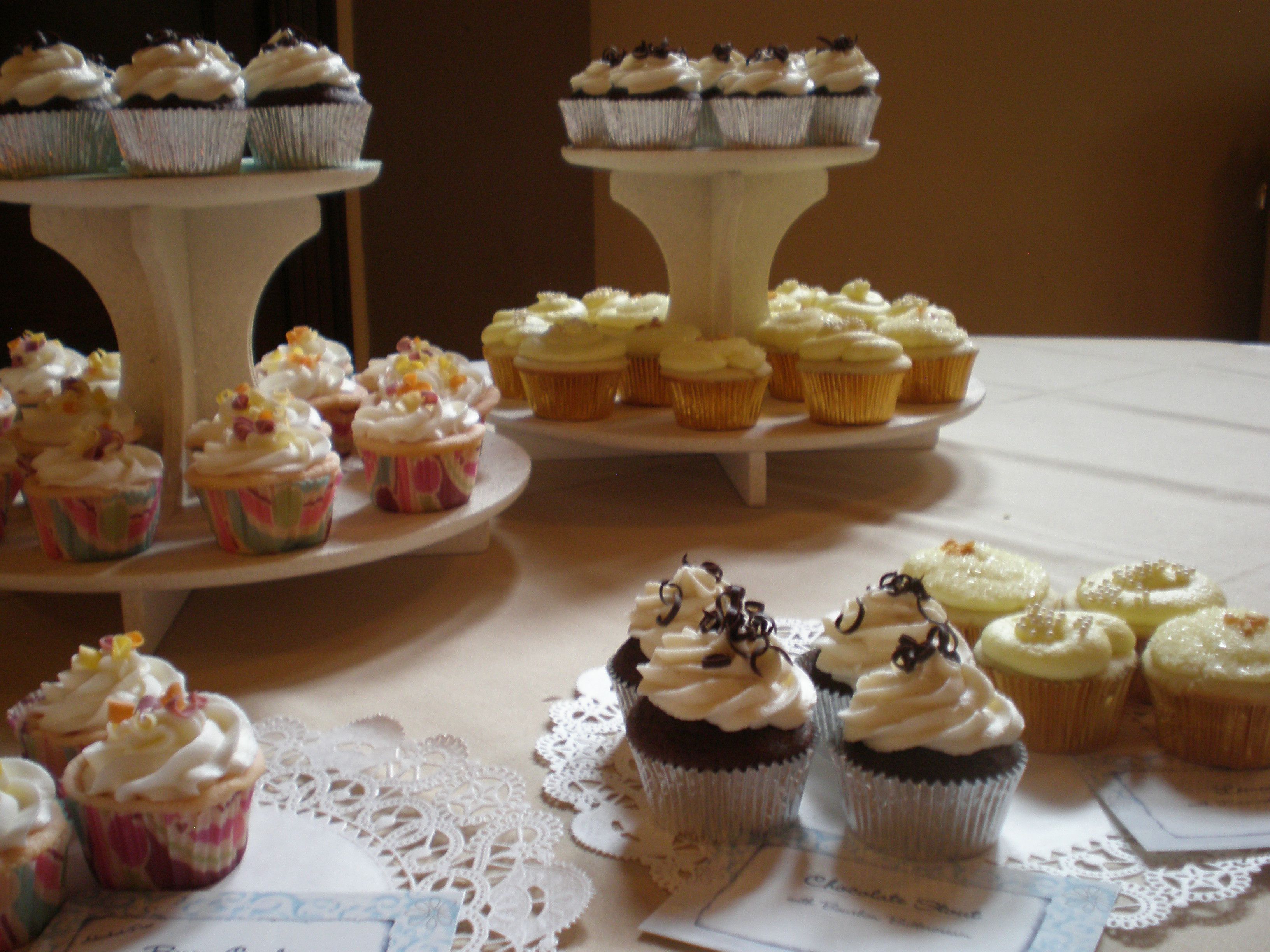 I have had one (and probably the only) drum gig in my amateur drum career.

I played just two songs and I sure did feel like I was going to throw up before going on stage.

Well, this weekend I had my first baking gig.

I made 70 cupcakes for my good friends’, Nicole and Sam, wedding reception. 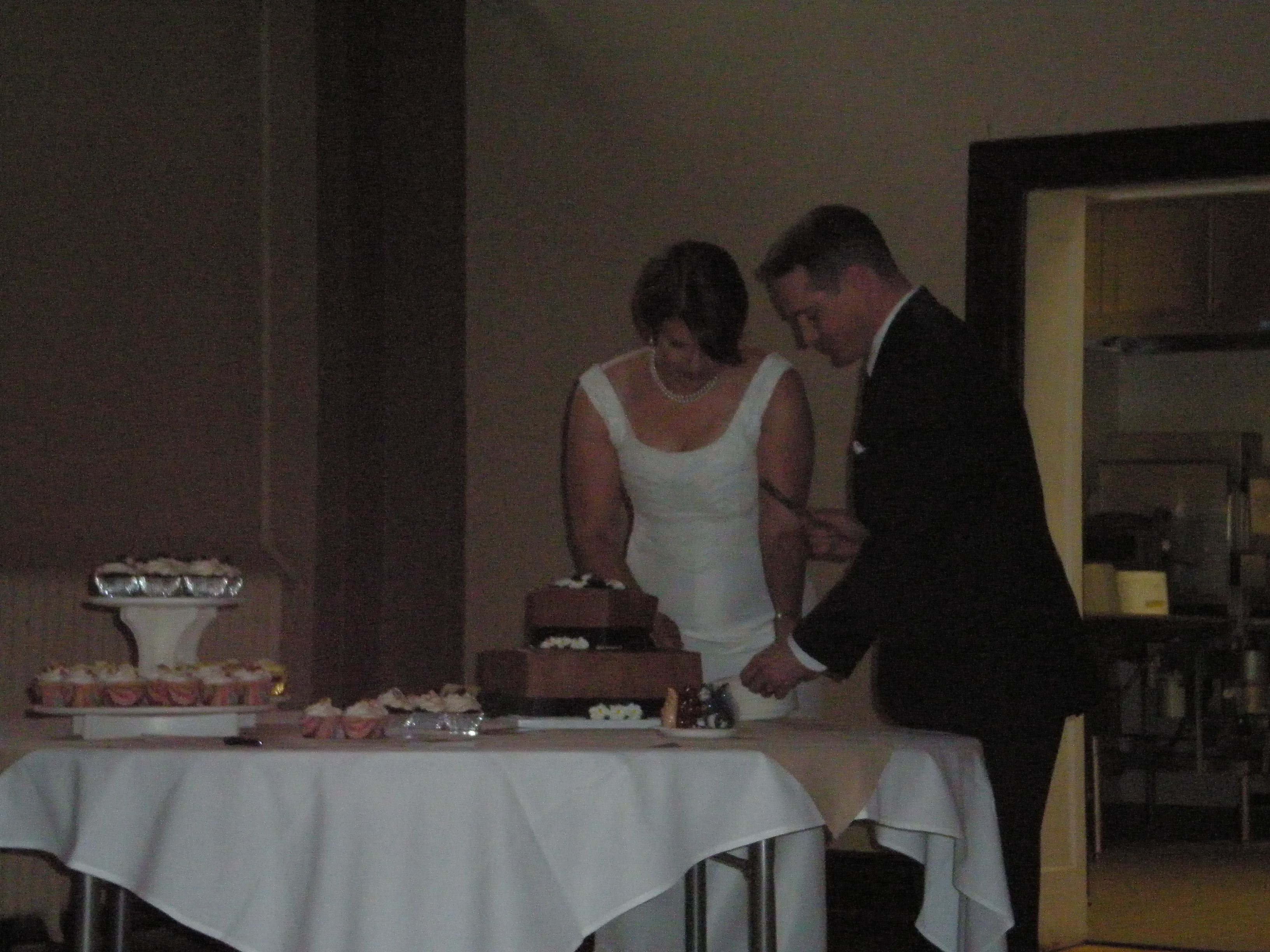 I did not feel like I would throw up at this gig, however…

I also volunteered to pick up and transport her wedding cake (not made by me) and that made me REAL nervous!

I made three types of cupcakes; 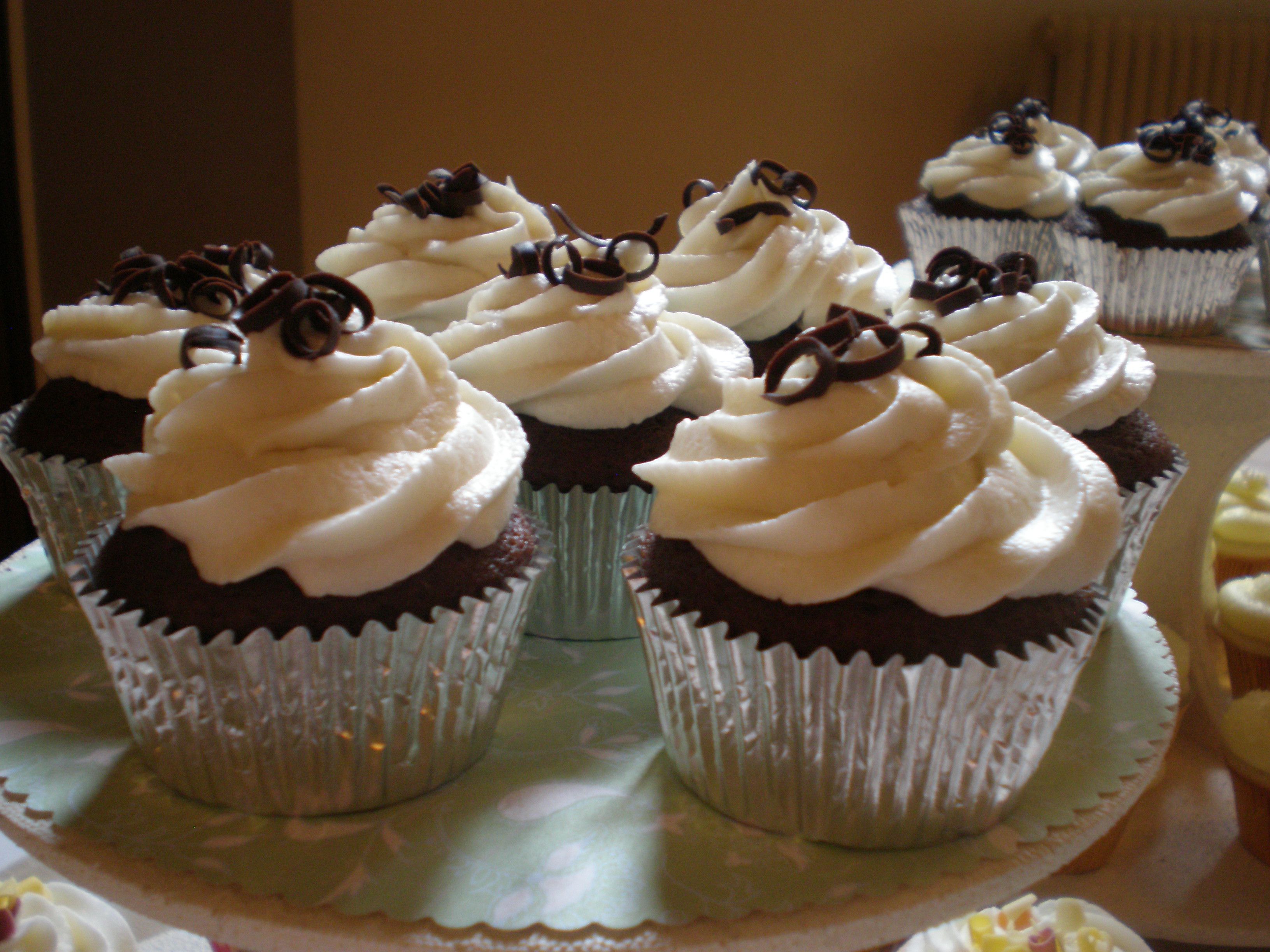 Lemonade with Limoncello Frosting and 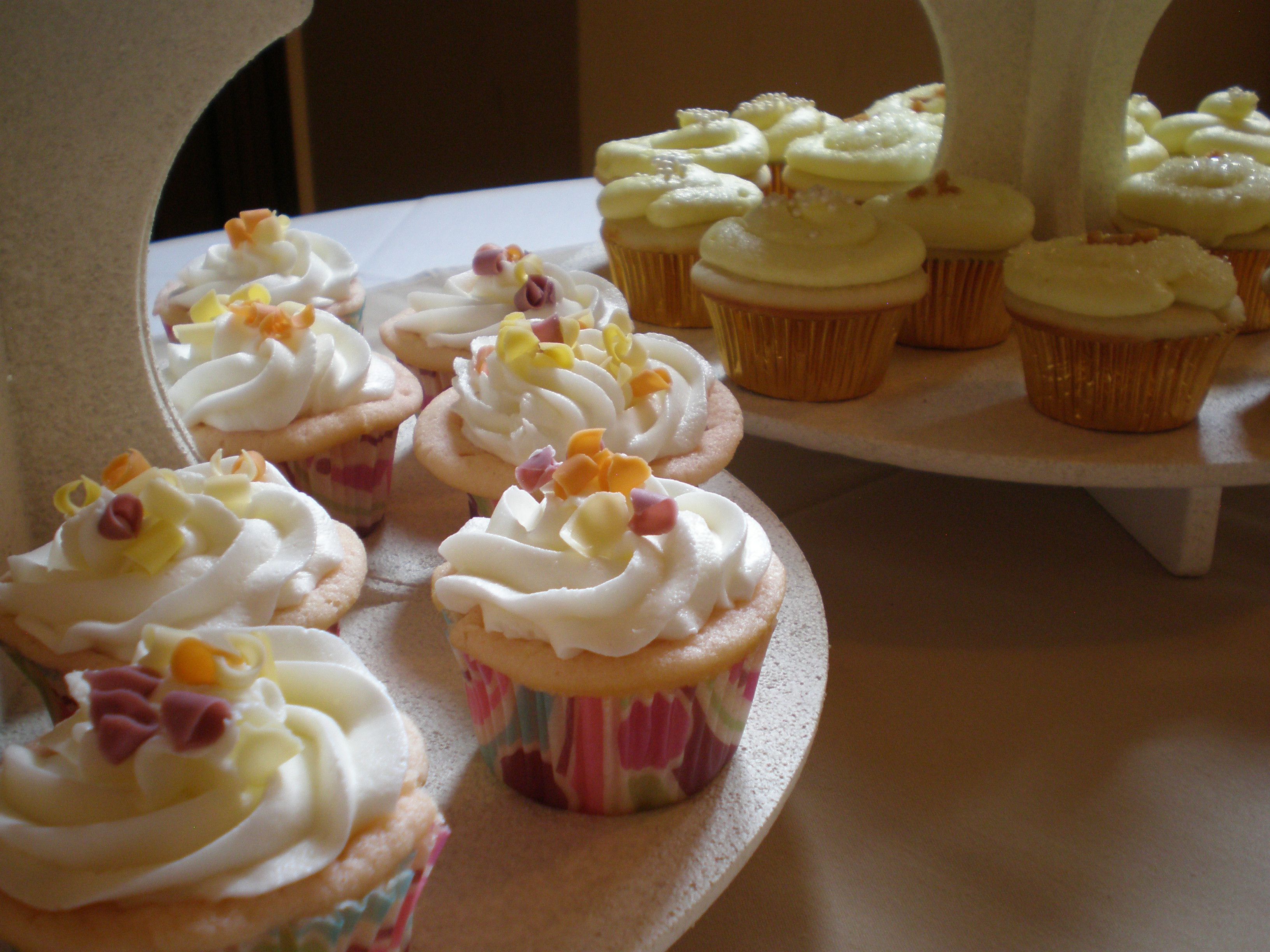 I received many wonderful compliments and enjoyed the noises coming from people’s mouths as they ate them.

My boyfriend, Steve, enjoyed his cupcake a little too much… 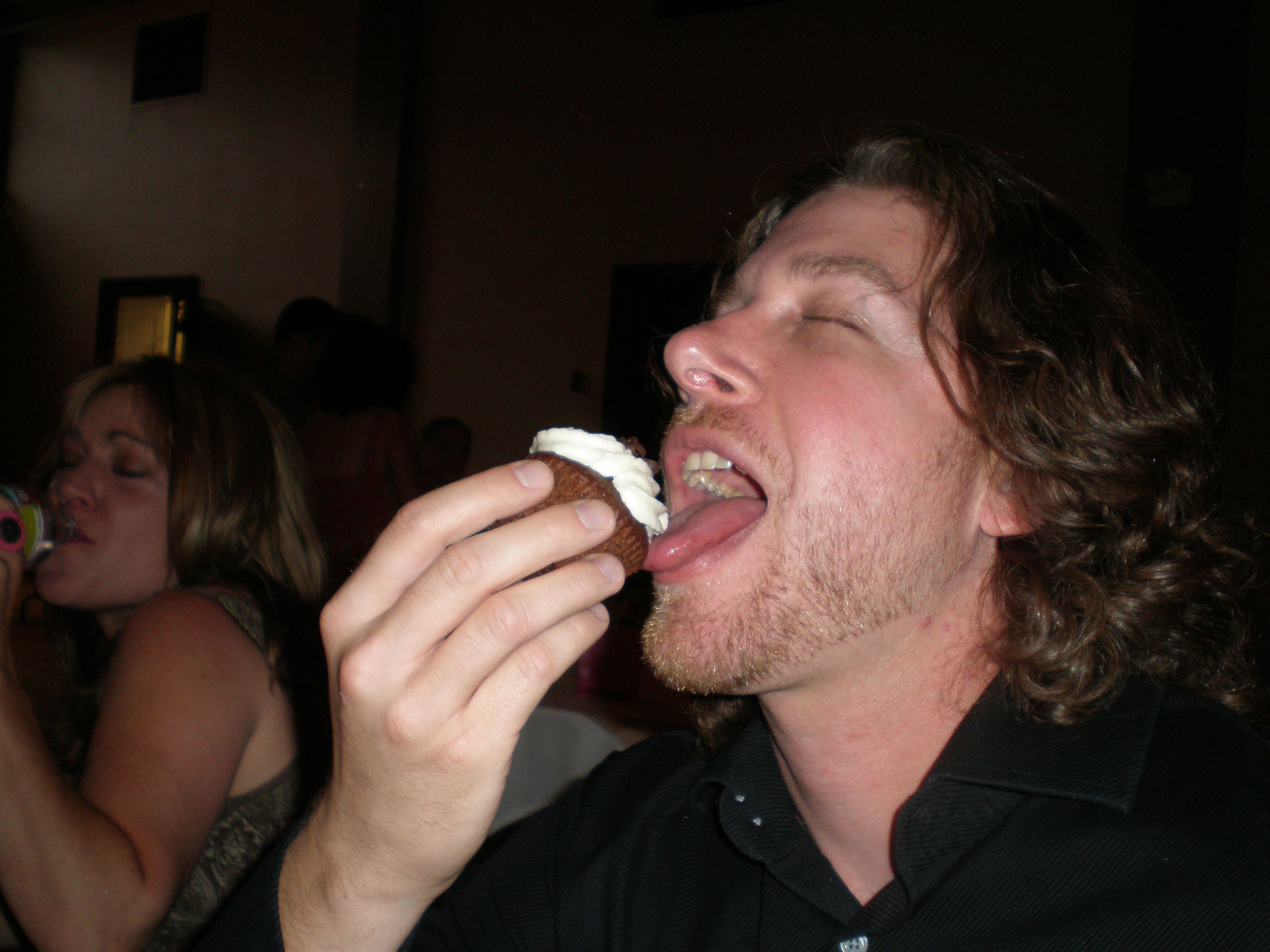 Who invited that guy?

Well, I may never have another drum gig but hopefully I’ll have more baking gigs!

Congratulations to Nicole and Sam!

3 Responses to My First Gig!