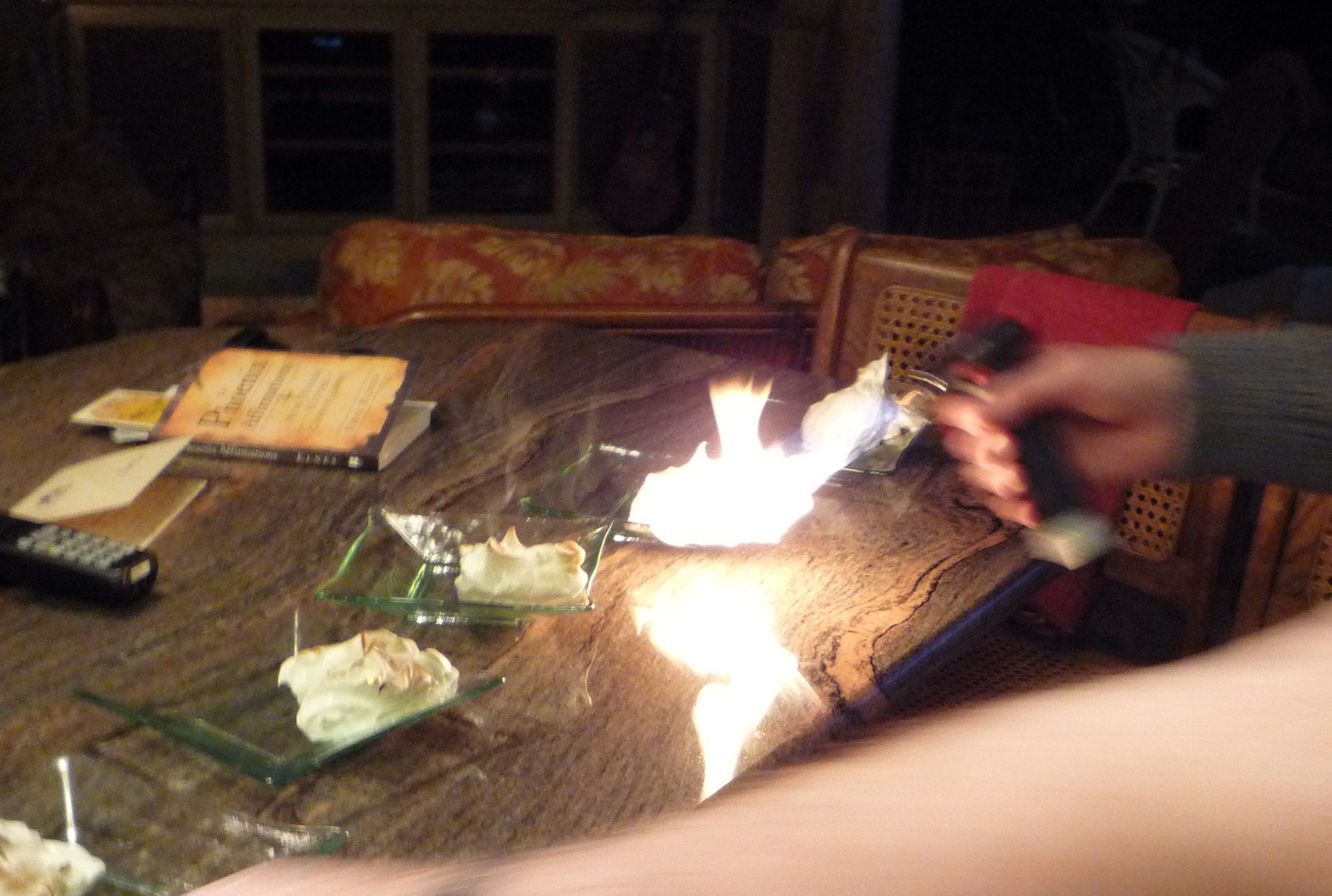 The May 2011 Daring Bakers’ challenge was hosted by Emma of CookCraftGrow and Jenny of Purple House Dirt. They chose to challenge everyone to make a Chocolate Marquise. The inspiration for this recipe comes from a dessert they prepared at a restaurant in Seattle.

Okay, so I can’t lie… I’ve been pretty cranky about this challenge for a number of reasons, which I’ll explain. I’ll also then explain why I was so very wrong.

I’m saying this so that everyone will know about my positive attitude, now that I’m going to start complaining….

Seriously, people, a recipe that serves 18? And requires a blowtorch? I have a very nicely stocked kitchen with all kinds of helpful cooking tools, but never once have I felt a blowtorch was a necessity. I also wasn’t willing to spend $40 to buy one just for this challenge. Plus, I’m fairly new to Seattle. I don’t know 18 people. I don’t even know 9 people who I could serve double portions to. I can’t even bring it to work because a) blowtorch aren’t allowed at my office and b) I work with all women. YOU try to get 5 women to eat 18 servings of a high-fat dessert right before bathing suit season. I don’t care how gray and rainy it is in Seattle, no one I work with is *that* depressed.

So, after spending a few days whining, I came up with the following unreasonable plan:

Thankfully, though, a more sensible emerged, like magic! Brandon suggested to visit his parents in Anacortes for the weekend (I’d think this was an act of self-preservation, but we love staying with his folks); they own a mini blowtorch. They have family in town, we can serve the dessert after a family dinner. This means, dear readers, that I suddenly have 7 PEOPLE that can marquise. I’m in business!

Since there were so many components, I started a few days in advance. First up was the marquise itself.

I made the base first. Here’s the chocolate melting into the cream. I added 2 ounces of Kahlua instead of the recommended tequila, but we couldn’t really taste it 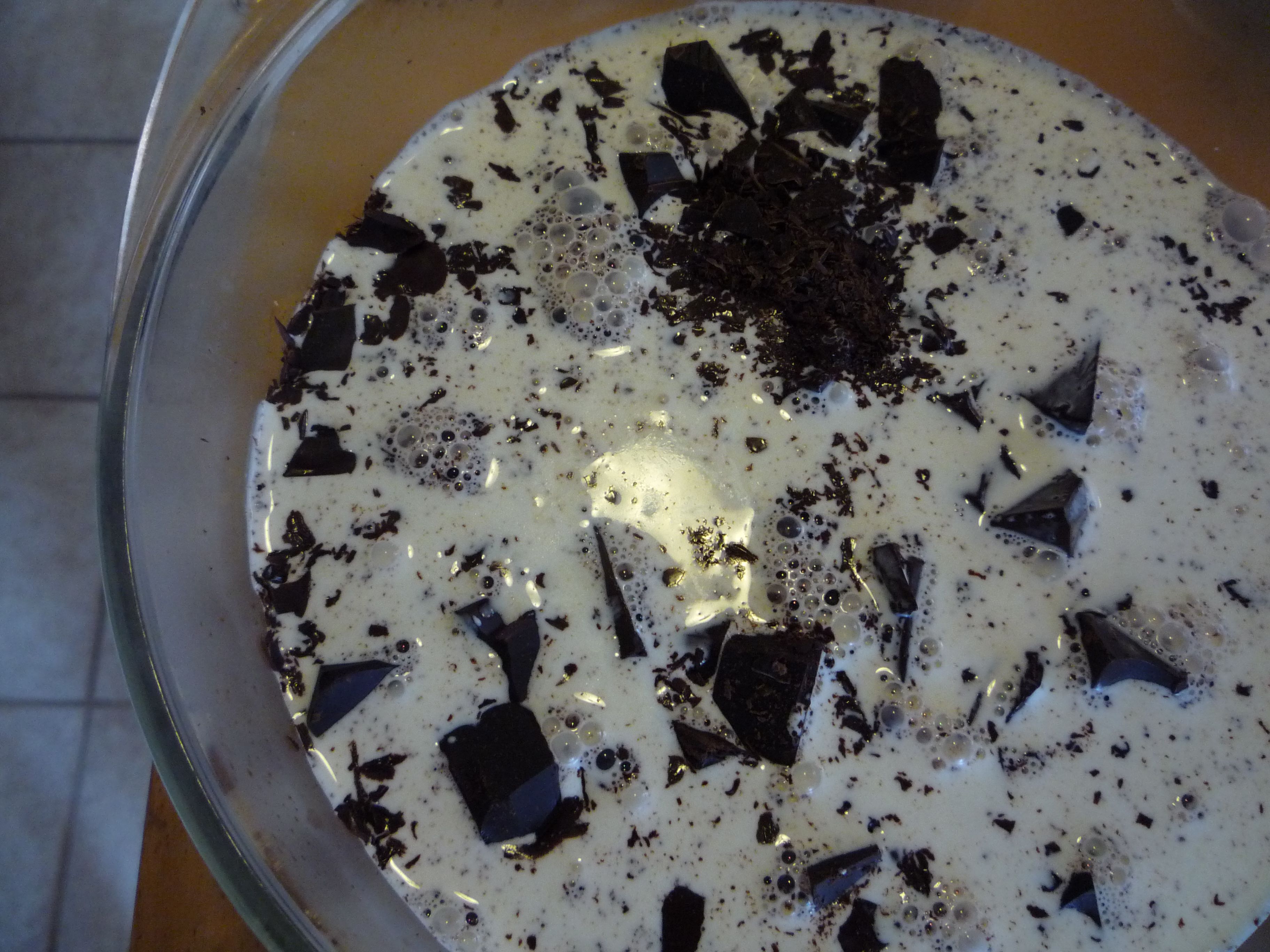 The, I started on the actual marquise itself. First, you whip up some eggs, then you add a simple syrup and keep whipping. It makes a lovely yellow, fluffy, and satisfying batter. Mine looked like this: 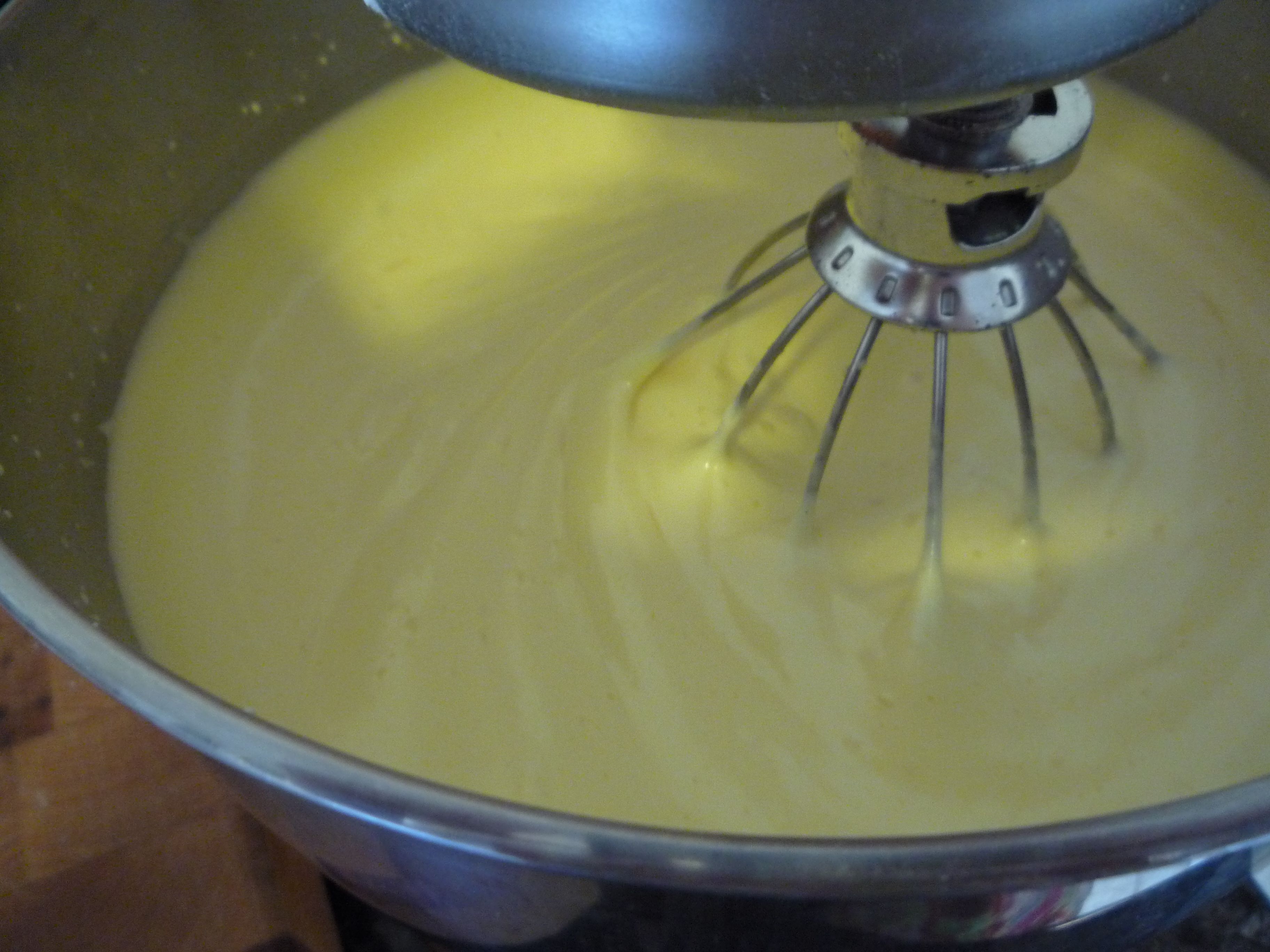 Then, you make whip cream. I’d never done this before because I can’t stand the stuff; but, it looked great! 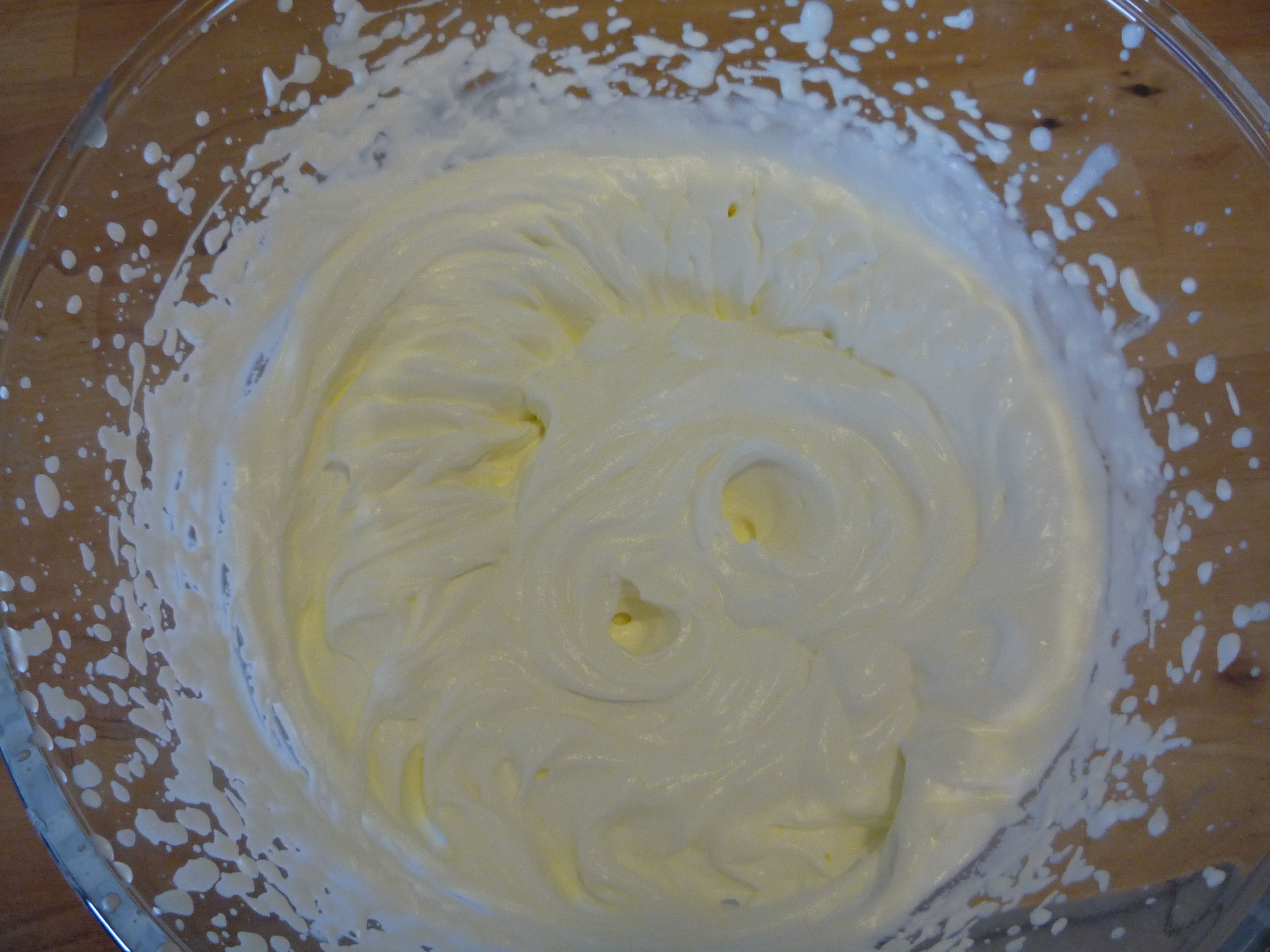 Everything (the chocolate base, eggs, and cream) all get mixed together 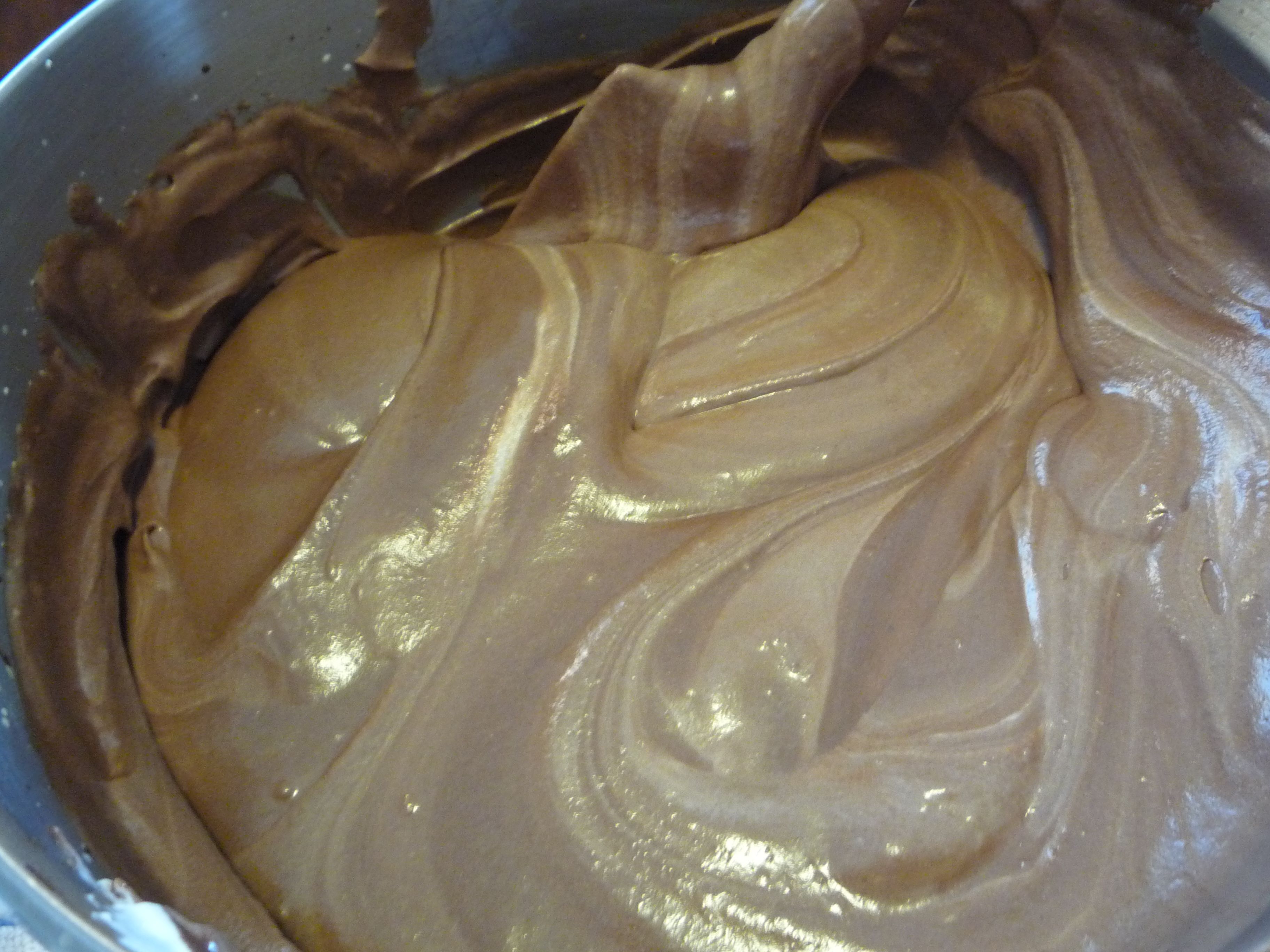 The marquise is poured into two square baking dishes, and frozen. Mine stayed in the freezer for almost a week.

The next night, I made the candied almonds. The only change I made was that I didn’t use blanched almonds, because I only had whole roasted almonds on hand. 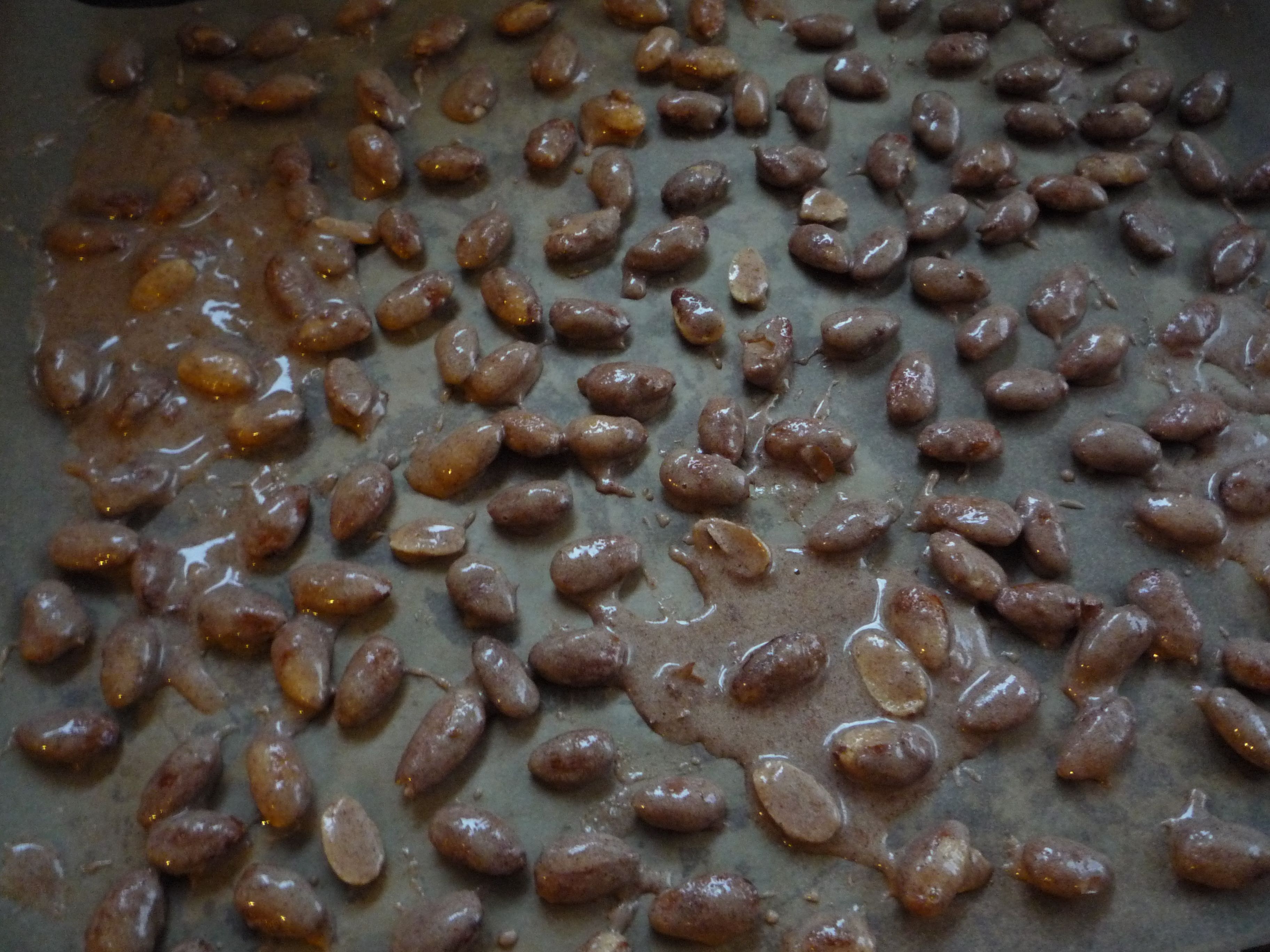 I have to say, I wasn’t crazy about the almonds initially. Once they cooled, I thought they only tasted okay; they weren’t flavored very strongly and had just a slight heat to them (I thought they needed more cayenne).

Next up came the caramel sauce. I went out on my own for this recipe, combining  components of various caramel sauces recipes. My recipe is below, and I have it say, it turned out, um, well.

Here’s a picture of it. I know it doesn’t look like the recipe made much, but it made over 2 cups, which was more than enough for our purposes. I’ll include the recipe below. 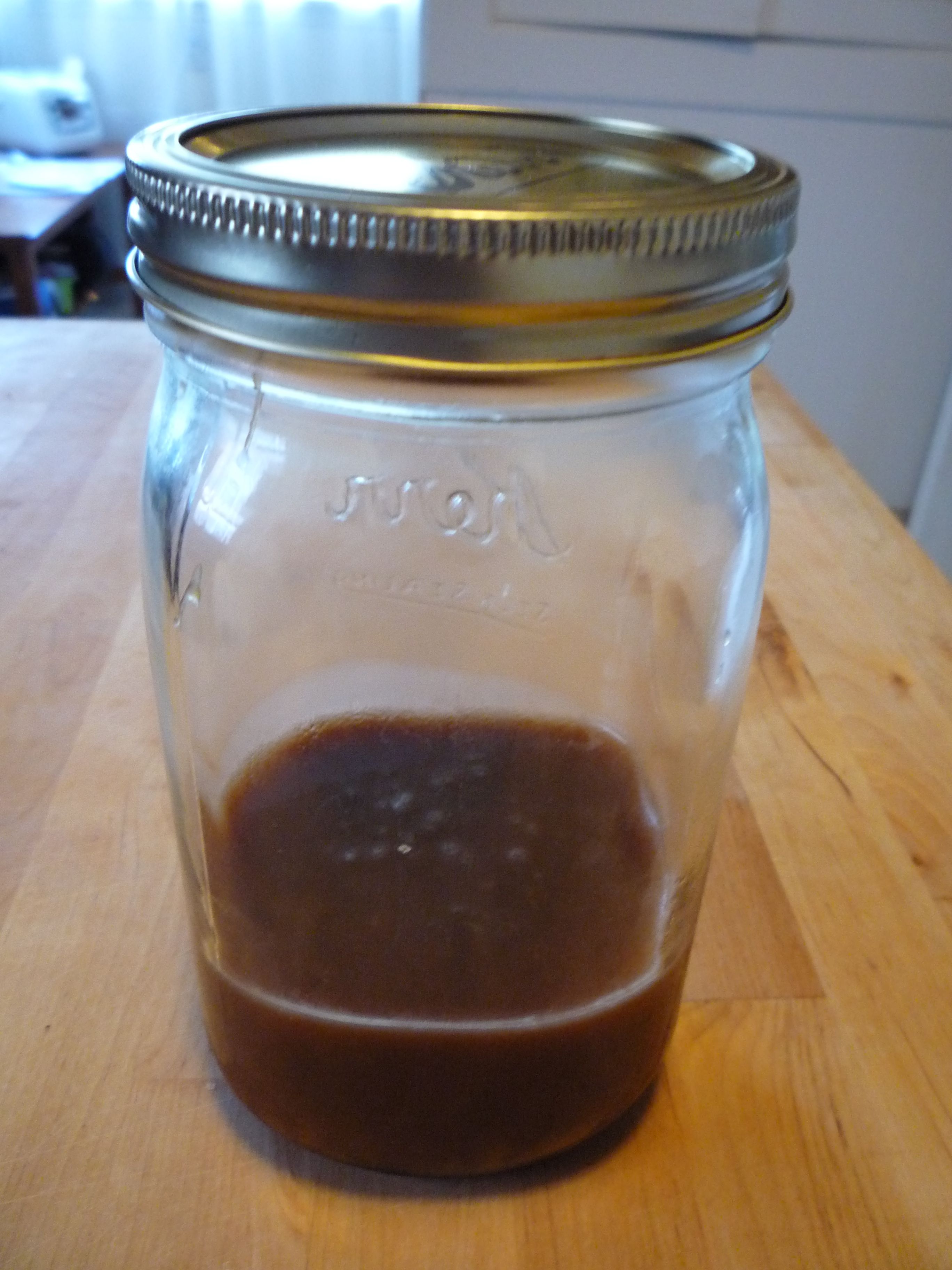 Once all the separate components were put together, they were (carefully) transported to Anacortes and to the 6 (kind) participants in my dessert challenge. I made the meringue immediately before serving, here it is once it was torched: 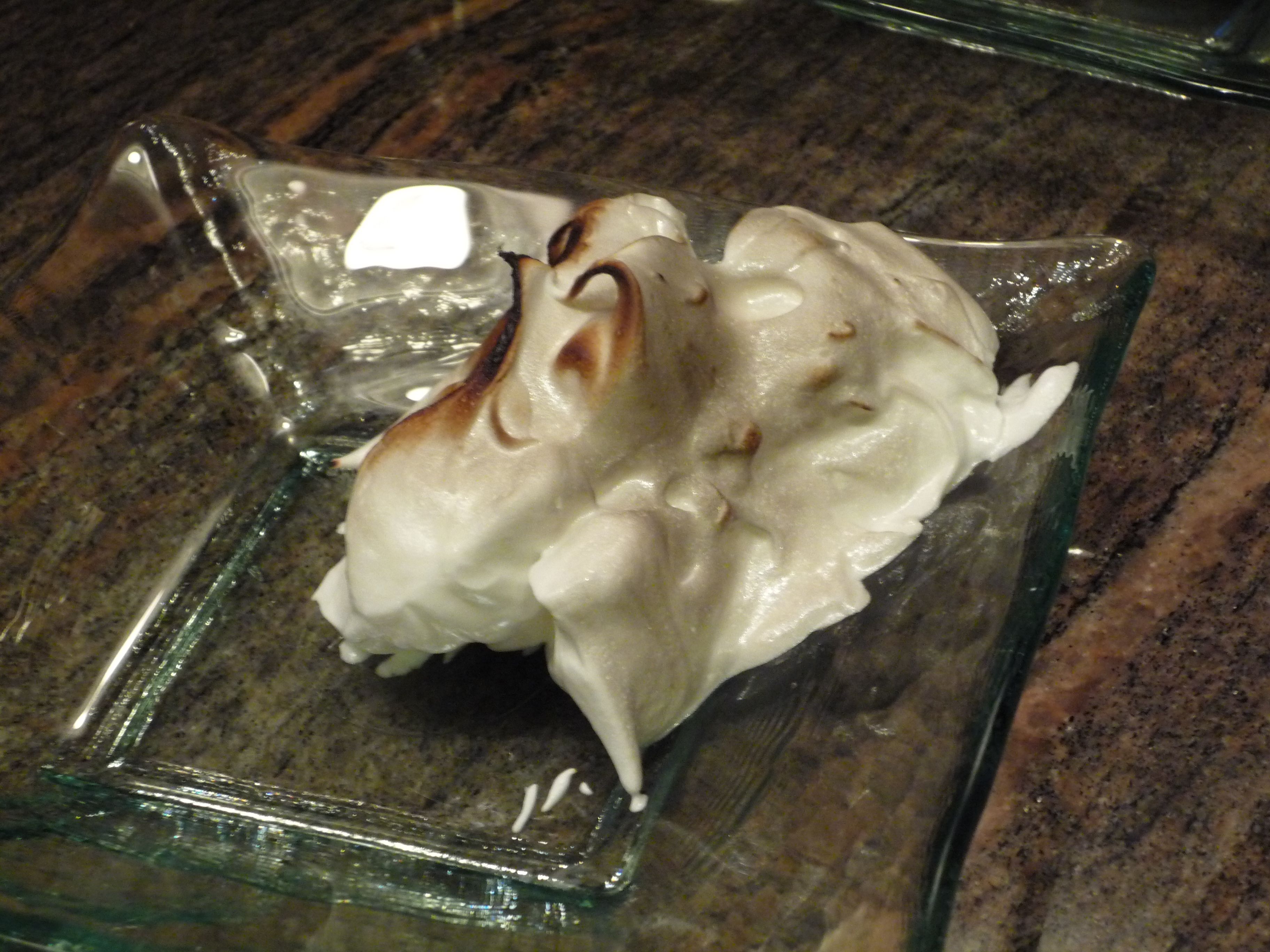 Then, we plated the final dessert and served it to the masses. 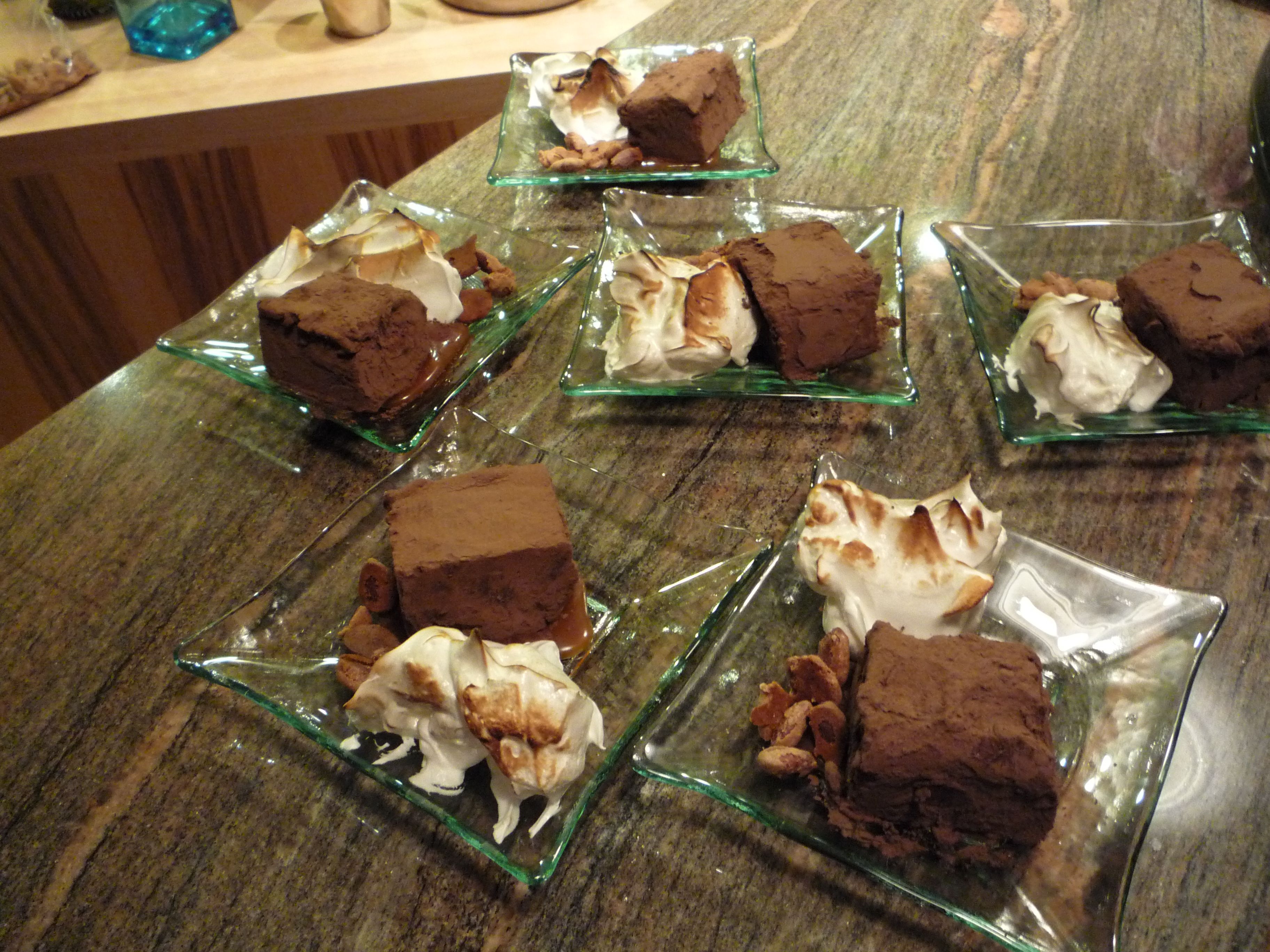 Okay, here’s the thing (and the part about me being wrong): this dessert was absolutely delicious. As the write-up promised, the various textures and flavors played off each other beautifully. The deeply chocolate (but not overly sweet) marquise was cut by the creaminess of the meringue, and the crunch of the almonds (the ones I hadn’t been too crazy about!) added a wonderful depth to the dessert. The caramel sauce added some extra needed sweetness. This is definitely a great dessert to make for a dinner party, especially because you can make most of it ahead of time and assemble it just before serving.

I’ve attached the Daring Baker’s recipe for the marquise, meringue, and almonds. I have a separate attachment for my caramel sauce (and the DB’s recipe may be delicious- a tequila caramel sauce- I just didn’t make it).

ps. if anyone out there needs a block of marquise for 9, let me know… I have some extra sitting around…

One Response to Marquise on Meringue