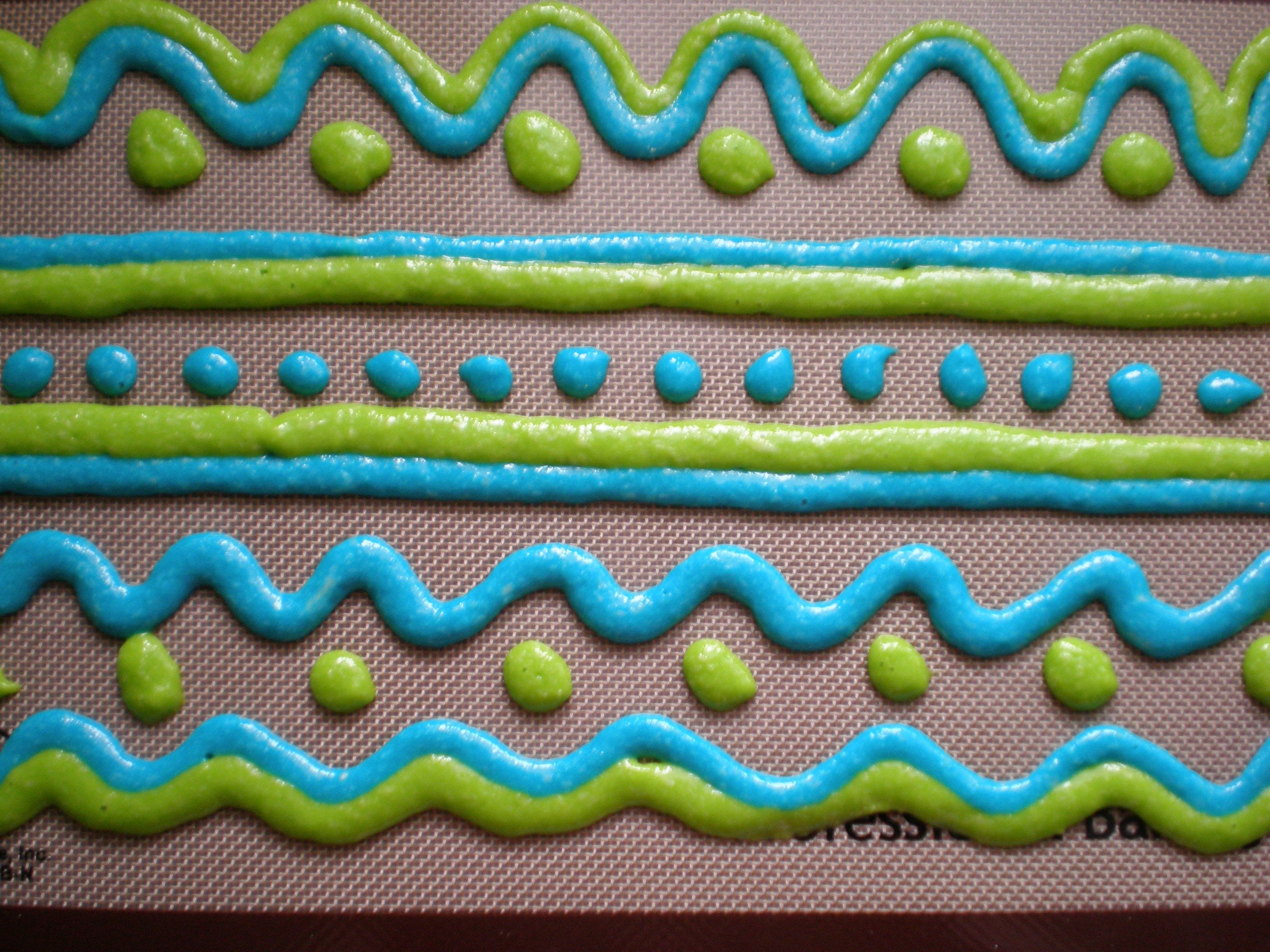 The January 2011 Daring Bakers’ Challenge was hosted by Astheroshe of the blog accro.  She chose to challenge everyone to make a Biscuit Joconde Imprime to wrap around an Entremets dessert.

Wow!  Let me just say this was certainly a challenge for me.  This was my first challenge with the Daring Bakers!

I made this daring dessert once and learned quickly what not to do and then made it again a week later.  The second time around (although I was exhausted) I was so pleased with the result.  Unfortunately…

You won’t see the pictures of the second one that turned out fabulously because in writing this post and downloading pictures I deleted them from my camera!  Aaaaaah – Do you know how mad I am right now?

Let me describe it to you and then show you the horrific pictures of the first one – UUUGH!

I just remembered I had scraps of the sponge in my fridge!  Here is the what the wrapper looked like. 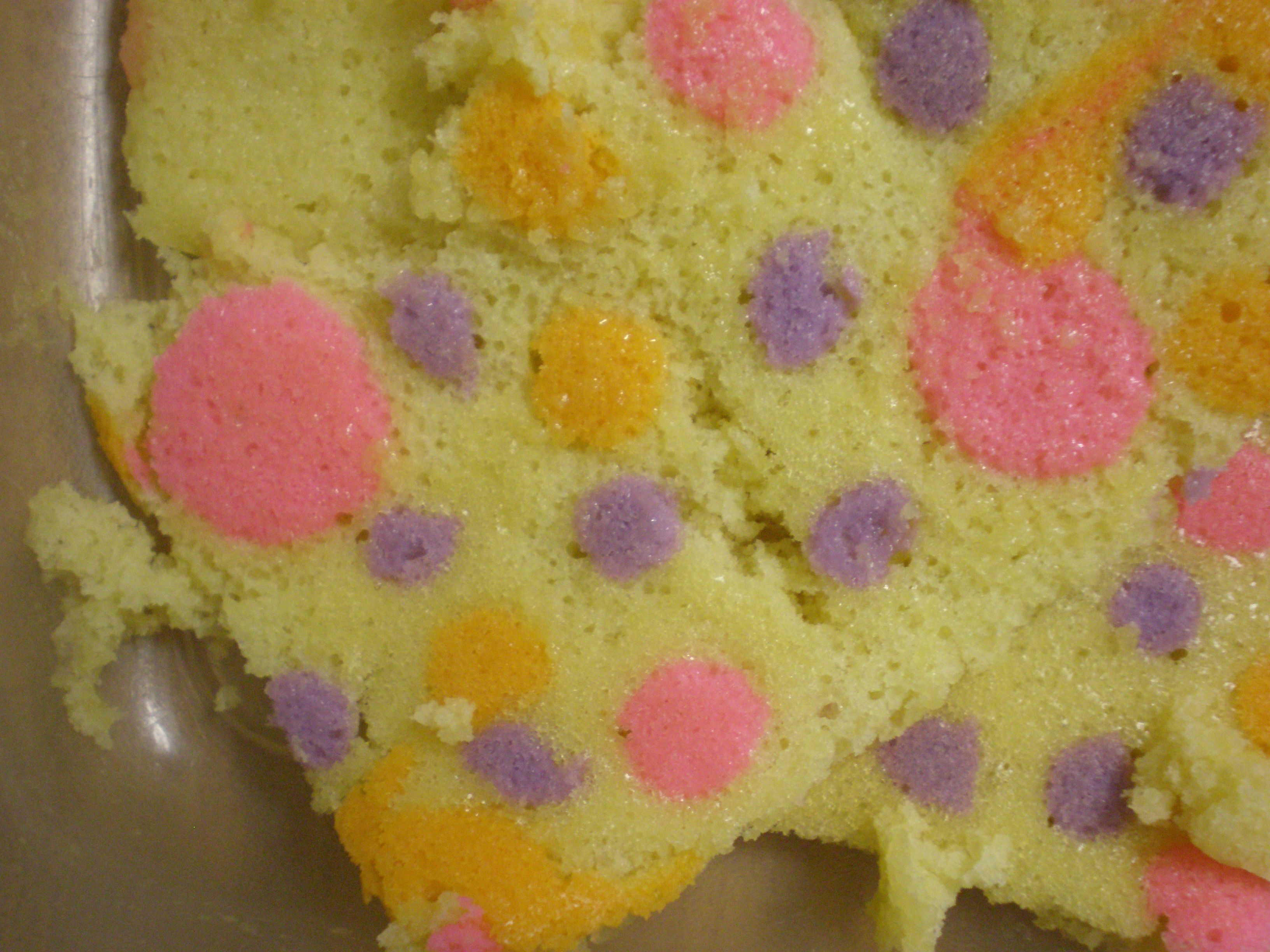 As you can see (sort of) this second one had a smaller joconde wrapper in which a purple, pink and orange polka dot design was perfectly baked in!  I used the advice of the challenger and had my hardware store cut 4 inch diameter PVC pipe 3 inches high.  Perfect size!  For the first one I used a regular spring form pan and it was just too big and hard for me to handle!

To fill this wrapper (boo hoo hoo – no pictures of the beautiful inside) I whipped heavy cream with a bit of sugar and peach liqueur and tinted it orange.

I placed a layer of joconde sponge on the bottom of the PVC mold after the wrapper was in place (cut out with the PVC mold itself and trimmed) and then added the whipped cream nearly half way up the mold.

Then another layer of sponge …

Then another layer of whip cream…

It truly was beautiful but you’ll just have to take my word for it!

This recipe is laborious (hence the lack of step by step pictures – my hands were covered in goo!) BUT really worth it.  I would especially go through the effort if I was having a dinner party and really wanted to impress my guests with a special dessert. 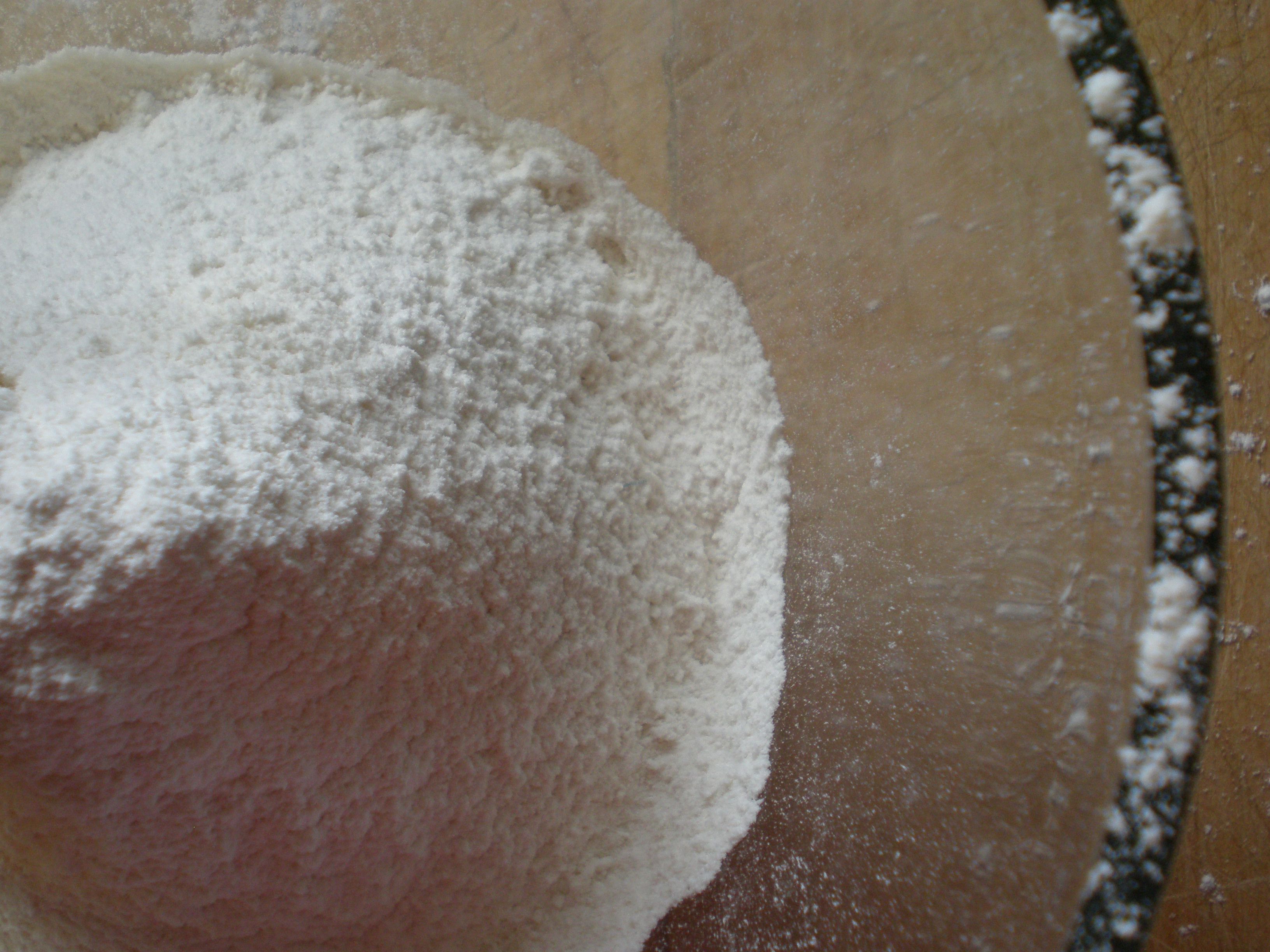 Cream the butter and sugar until light and fluffy.

Line a jelly roll pan (13 x 18) with silpat or a silicone baking sheet.

Pipe or spread the paste in the desired decoration onto the silpat.  Freeze for about 15 minutes.  This will prevent the joconde sponge from running into the decoration. 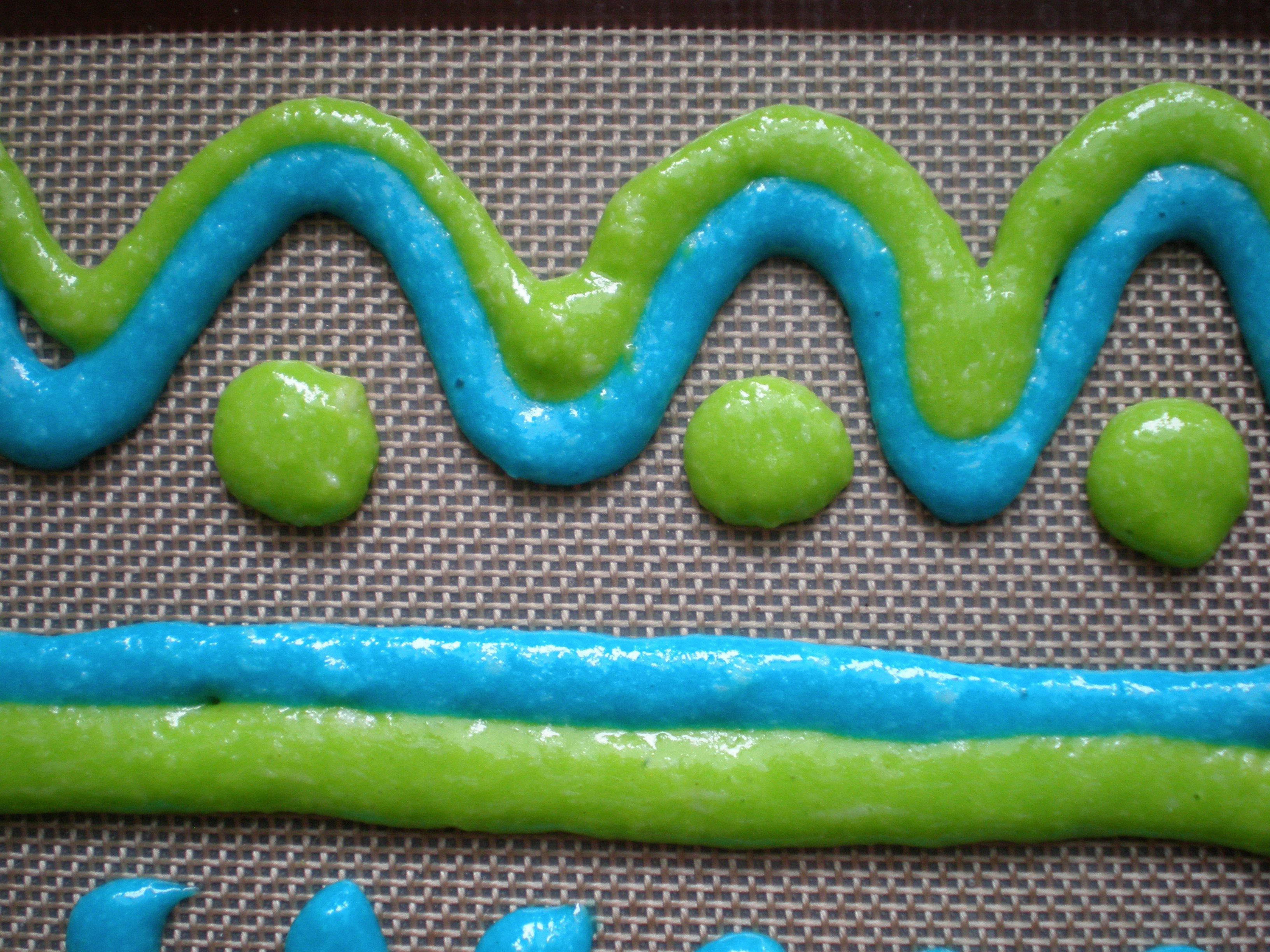 Whip the eggs whites and sugar to form stiff peaks.  Set aside. 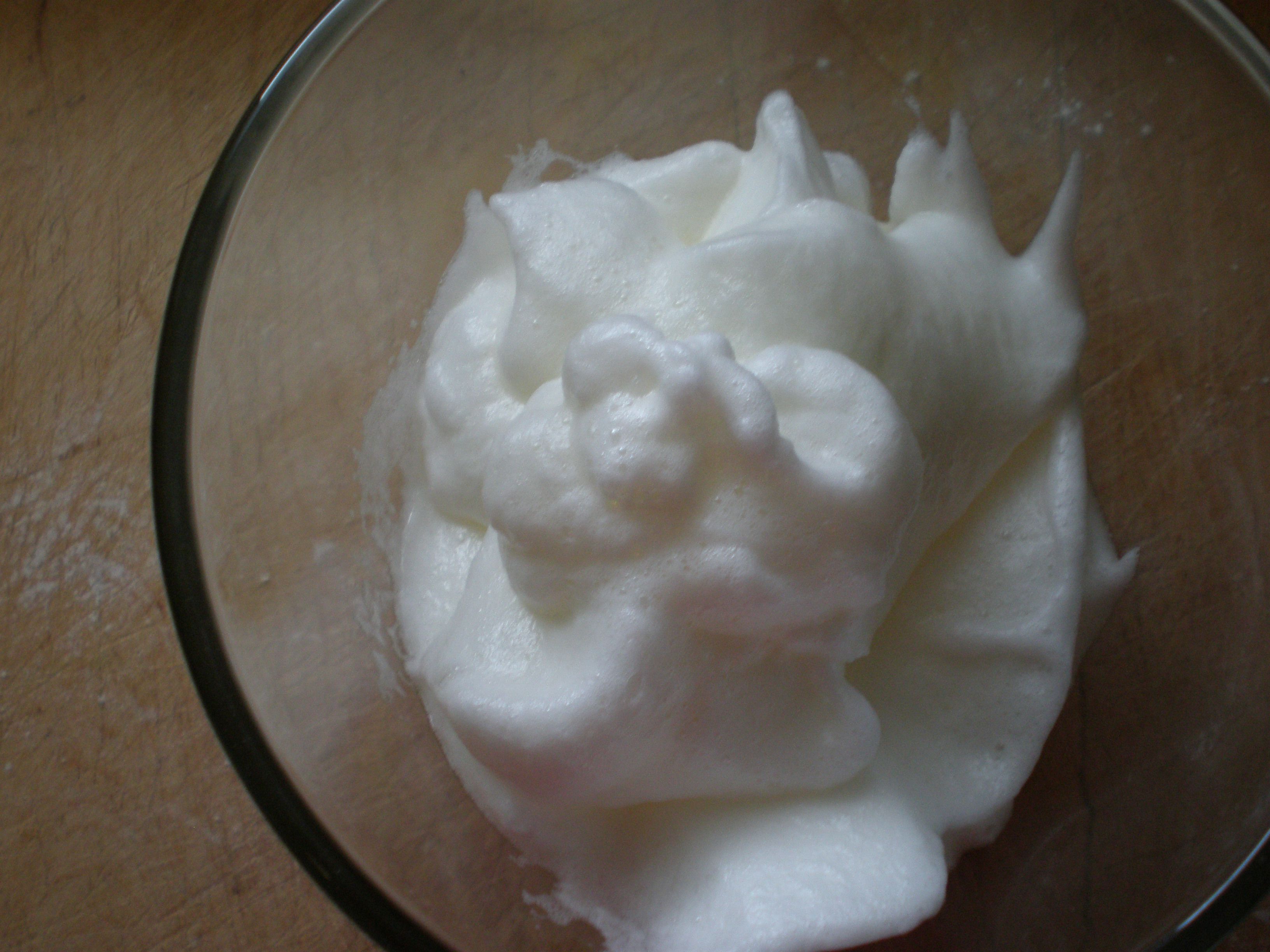 Sift almond flour, powdered sugar and cake flour together into the bowl of a stand mixer and then add an egg at a time until smooth.

Fold in the egg whites.  Do not overmix.

Fold in the melted butter.

Spread the batter over the frozen joconde paste.  It will be a thin layer.

The first time I attempted to bake it for the recommended 15 minutes and by 8 minutes it was starting to burn.  The second time I only baked it for 8 minutes at 425 and it was perfect.  I guess you could call this my higher altitude adjustment.

Cool only slightly and then promptly flip the silpat over onto a powdered sugar counter top or a large cutting board and carefully peel the sponge off.

With the first I used a springform pan on top of parchment and cling wrap.  Line the interior of the springform with parchment cut to size.

Cut the sponge to fit the mold (a pizza cutter worked well here). 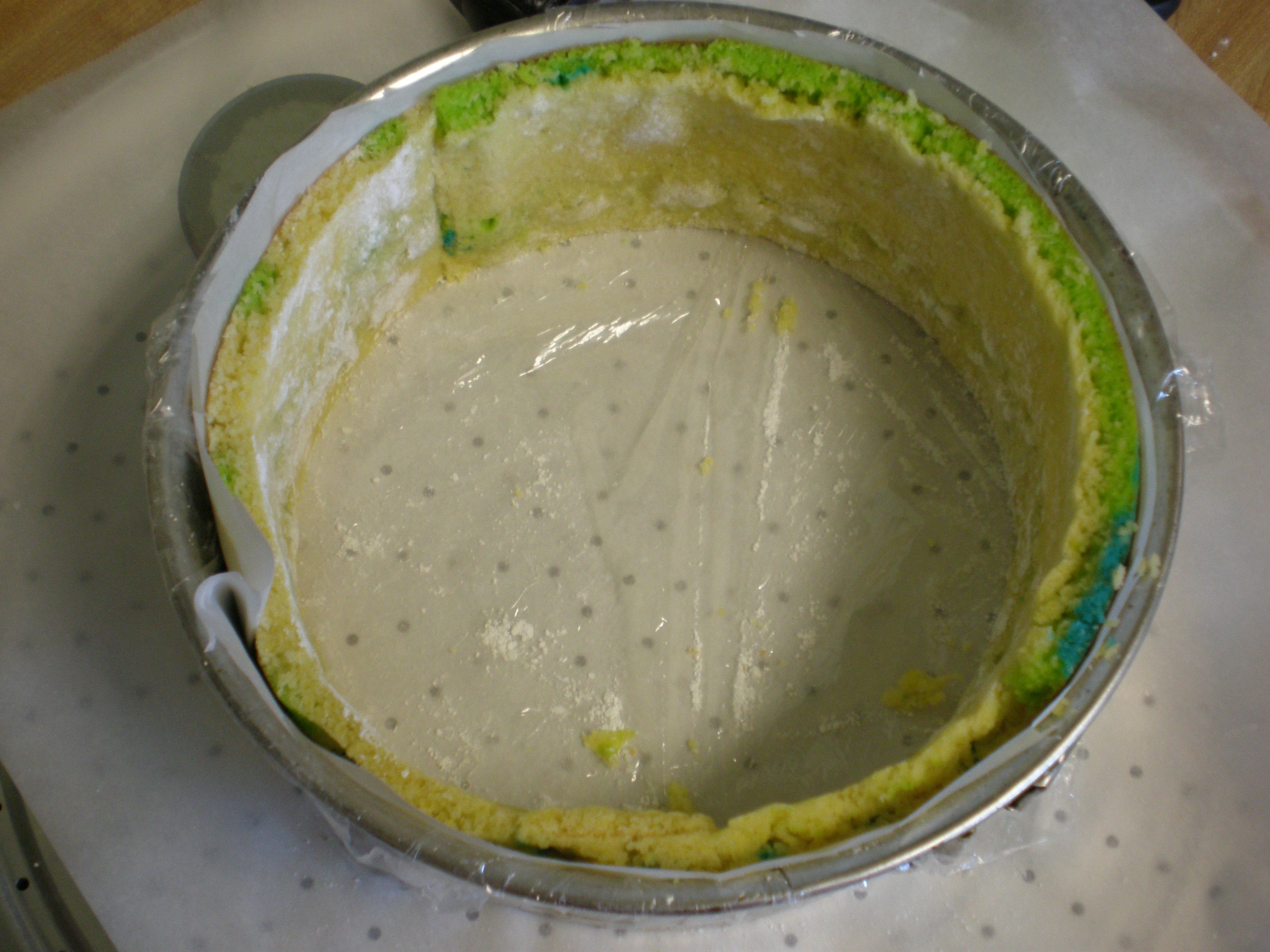 Mistakenly on the first one I did not line the bottom with joconde sponge and therefore the entremet didn’t hold up well.

I filled this entremet with sweetened whipping cream and mascarpone blended together with a middle layer of joconde soaked in sangria.  I topped it with fresh blueberries. 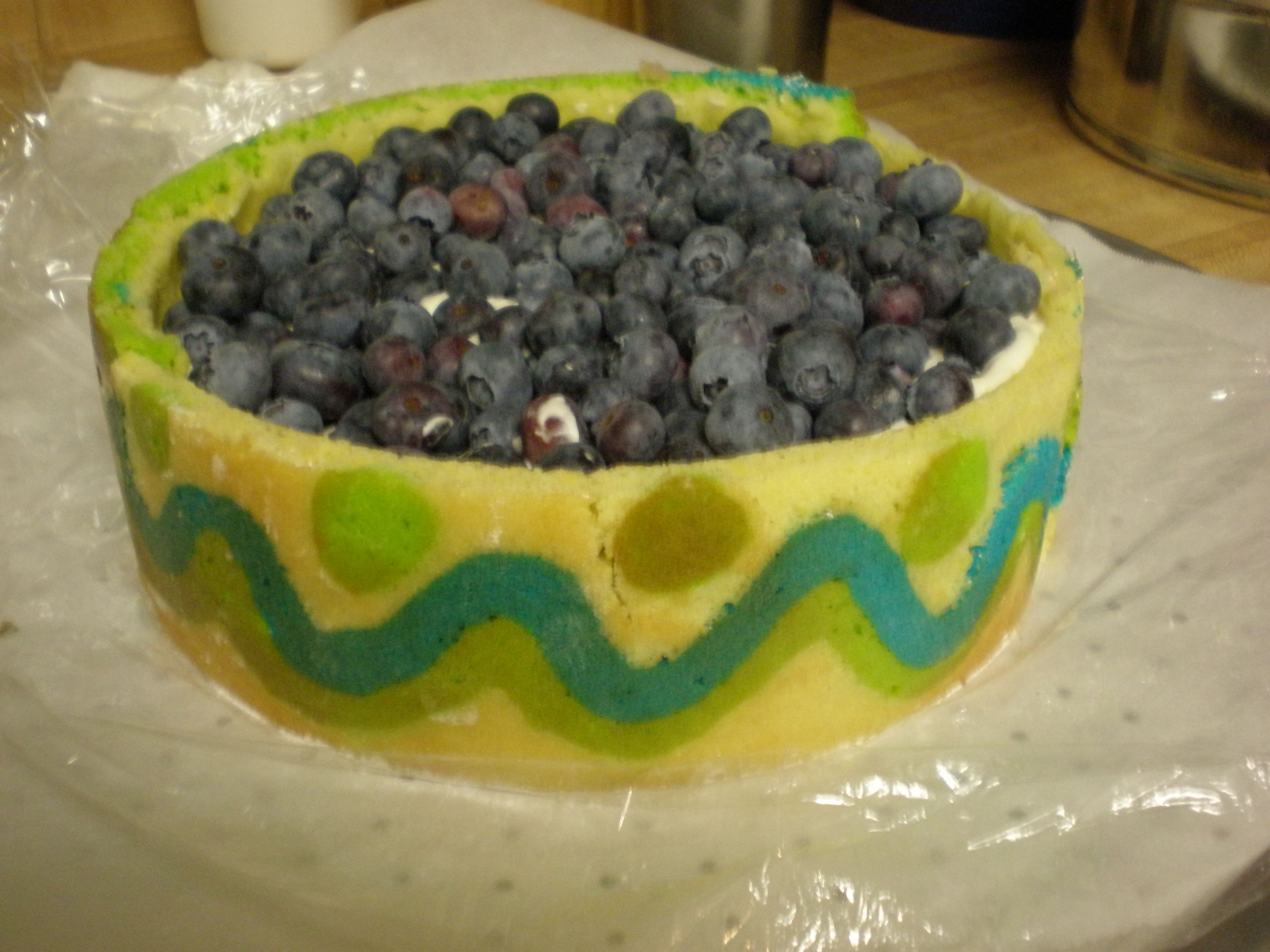 Not pretty but it was my first!

Check out this beautiful picture of how the professionals do it…

Strudel and I look forward to sharing more challenges with the Daring Bakers!