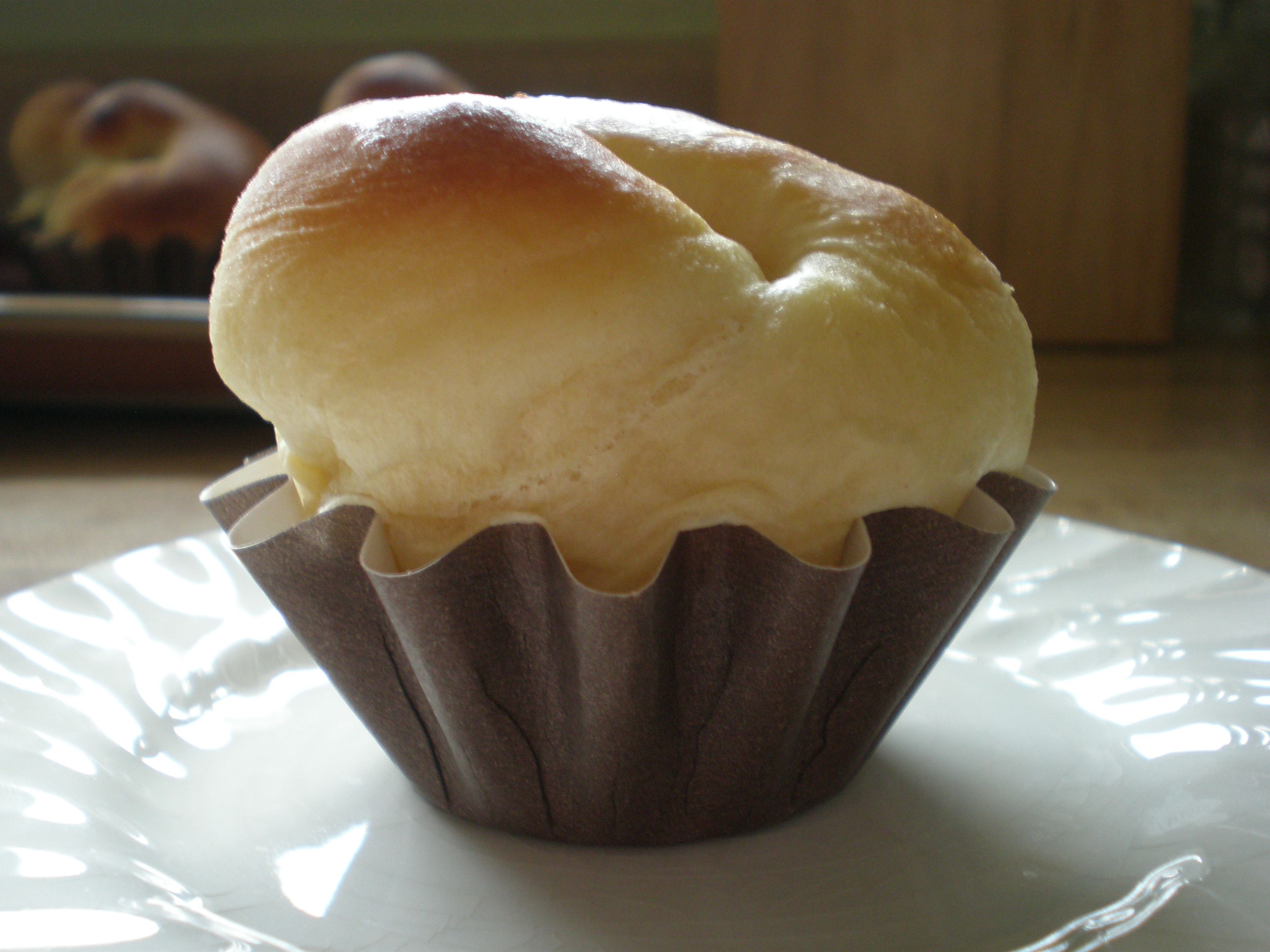 I have been making a brioche recipe for several years now adapted from “The Village Baker” by Joe Ortiz and I thought it was the best until… I made the brioche dough in Dorie Greenspan’s book “Around My French Table”.  The two recipes are very similar but the “Around My French Table” version has twice as much butter, hmmm, now I know why it is so good!

Brioche is not difficult to make, but it is a little time consuming.  It does require an overnight proof in the refrigerator and therefore from start to finish takes about 16 hours.  For me, this is definitely a recipe that needs lots of pictures to see how it is really done.  Unfortunately there are no pictures in “Around My French Table” except one of the final “Bubble-top Brioches”.  So for any of you out there that have never made Brioche give it a try and let me know what you think!

The classic form for Brioche is a tête or a “little head” in which you have two balls of dough, one large ball on the bottom and one little one on top in a fluted pan.  I decided to try something different and rolled 24 pieces into snakes and coiled them up tucking their tails down into themselves.  I still put the dough in little fluted cups but mine are paper and come from King Arthur Flour (http://www.kingarthurflour.com/shop/items/bake-and-give-small-brioche-pans-set-of-24).  They are wonderful because they are sturdy and actually reusable (even though King Arthur states they are single use).  The butter doesn’t soak into them and can be saved for one more use!   After that they get a little wilty.  I put a few of my “babies” in muffin tin liners and although these worked as well they are a little too thin and the butter seeps out about half way up the liner.

These Baby Brioches would be perfect for a brunch or tea.  I boxed them up, wrapped them with a bow and gave them as Christmas gifts to friends. 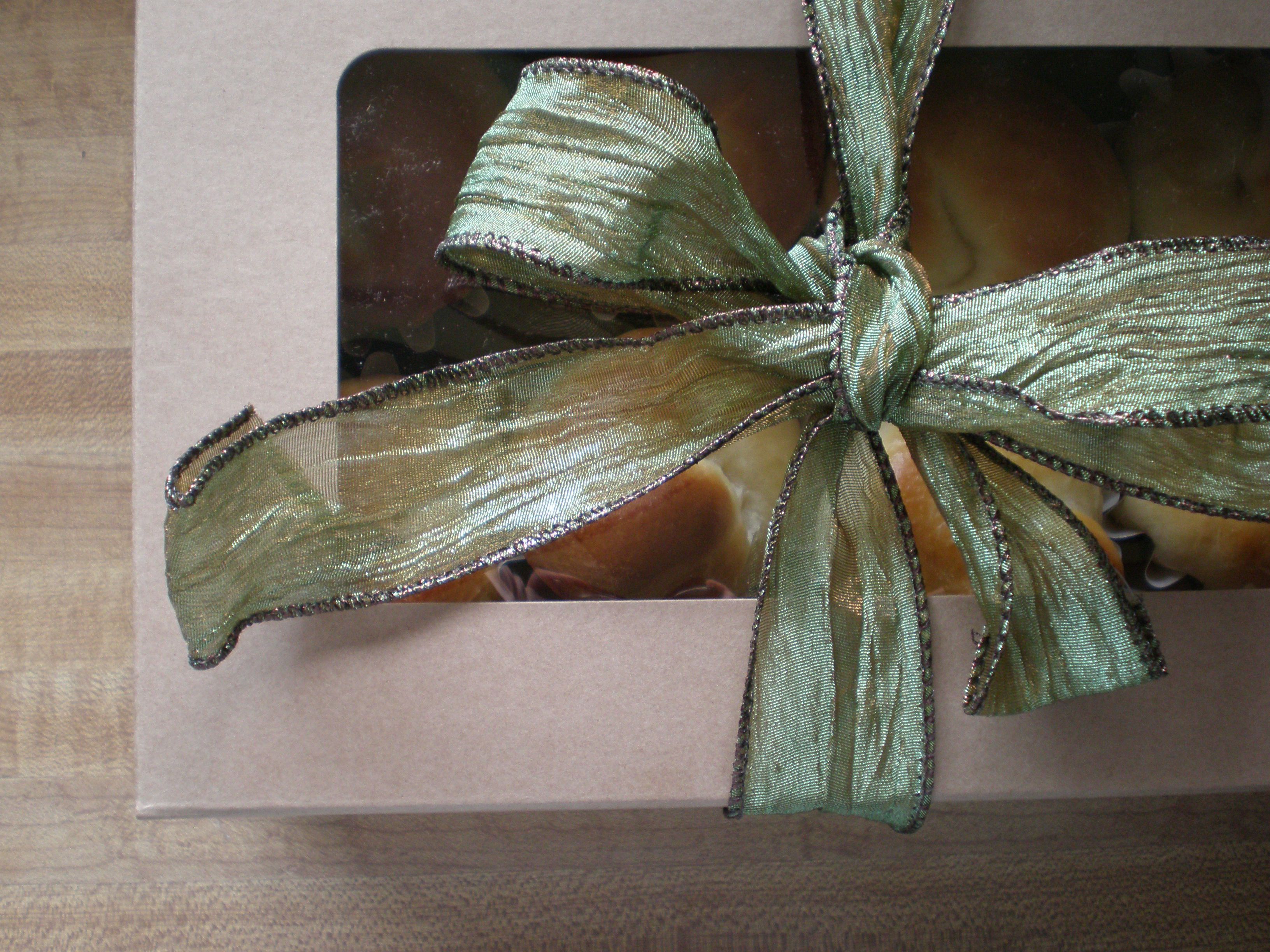 1 large egg for glazing before baking 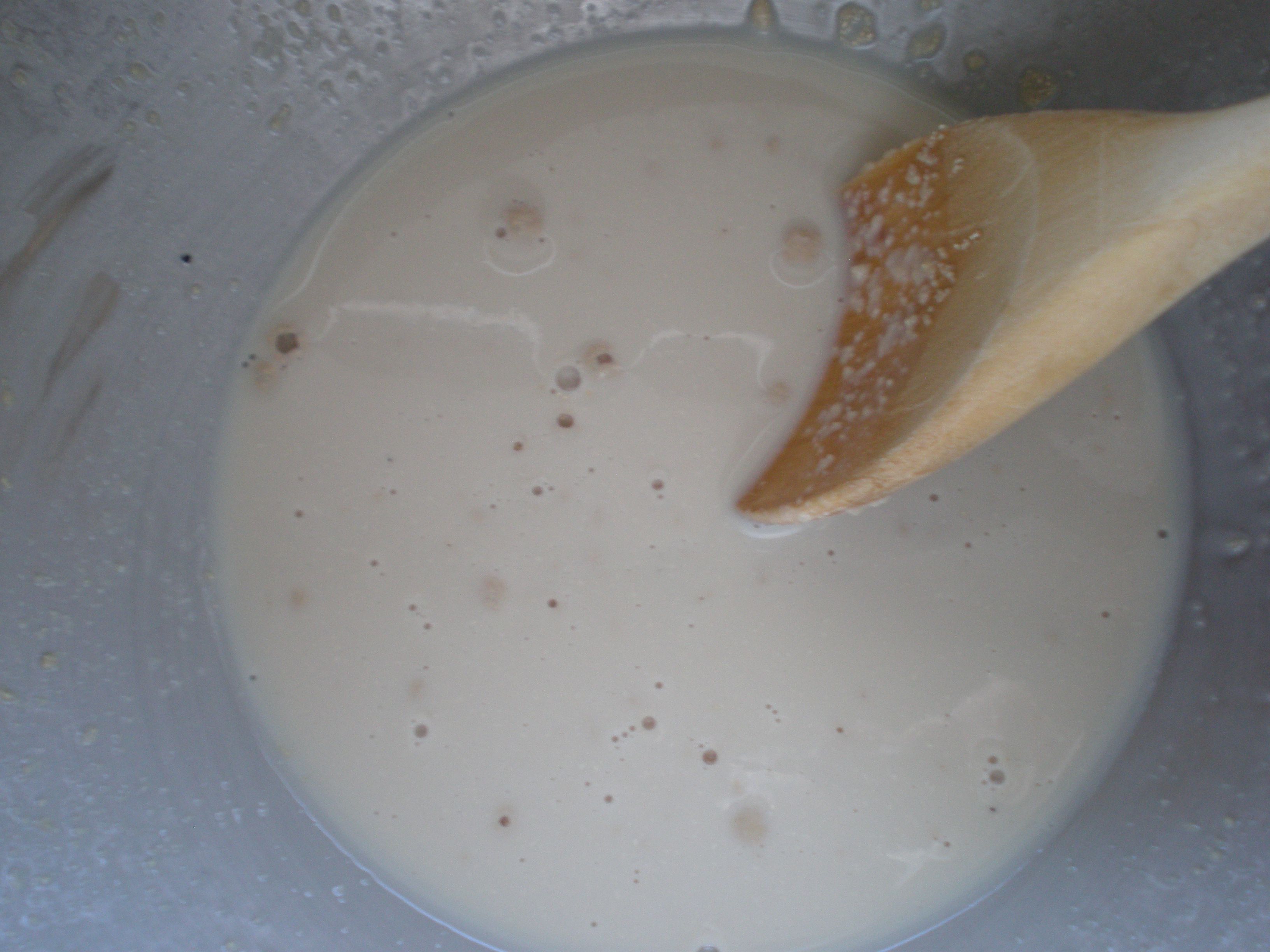 Combine the warm milk, pinch of sugar and yeast in a stand mixer fitted with the dough hook.  Let sit for 5 minutes and then stir with a wooden spoon until creamy.  Add the flour and salt, mix on medium low speed for a few minutes, it will be dry, no worries! 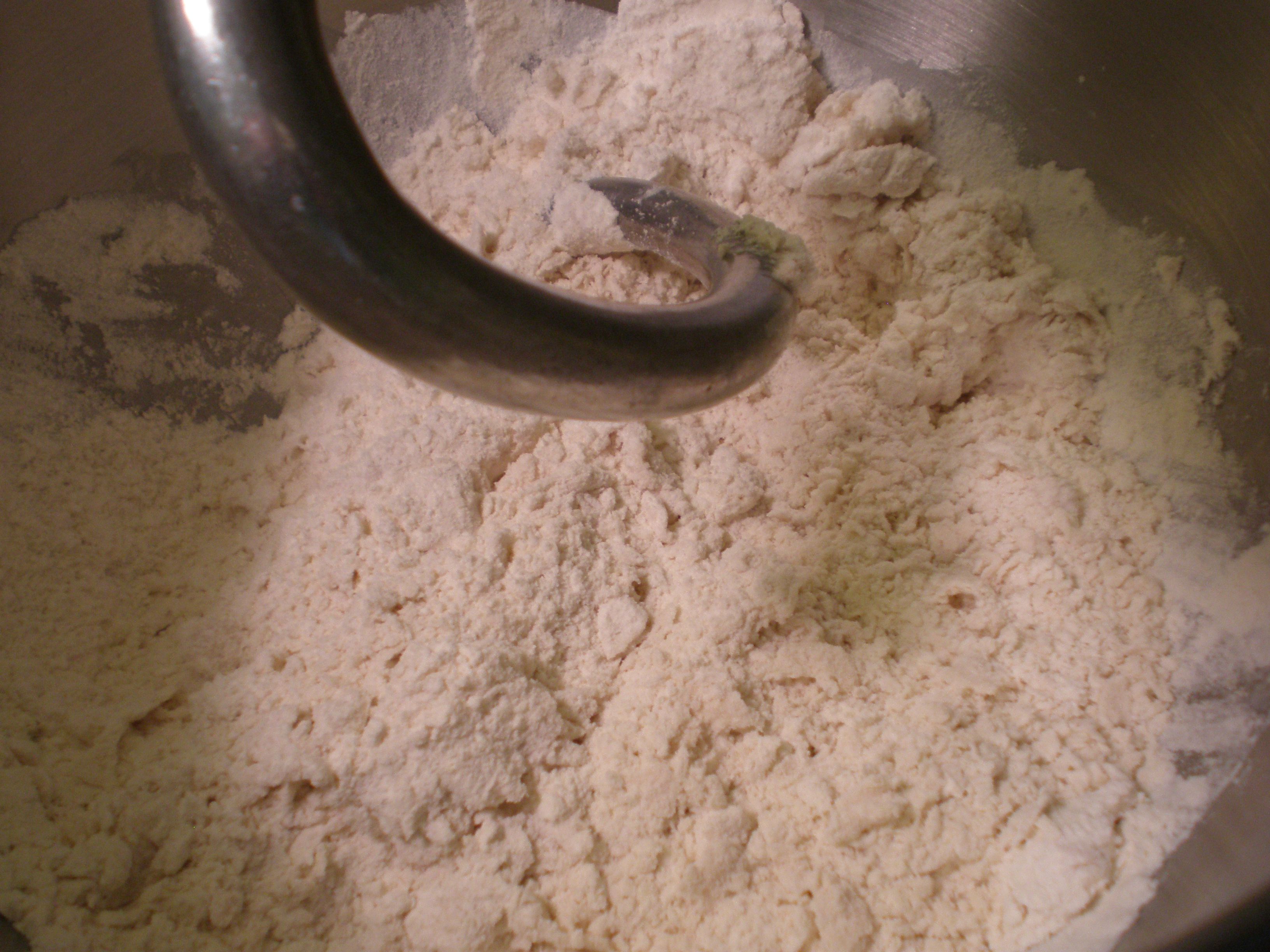 Scrape down the sides of the bowl, turn the mixer on low and beat in one egg at a time waiting between each addition until incorporated.  Add the rest of the sugar, increase mixer speed to medium and beat for 3 to 4 minutes.  Reduce the mixer speed to low and add the butter in 2 T. chunks at a time, 30 seconds between each addition.  Once all butter is added then beat the dough until it starts to pull away from the sides and climbs up the dough hook, this took about 12 minutes with my mixer. 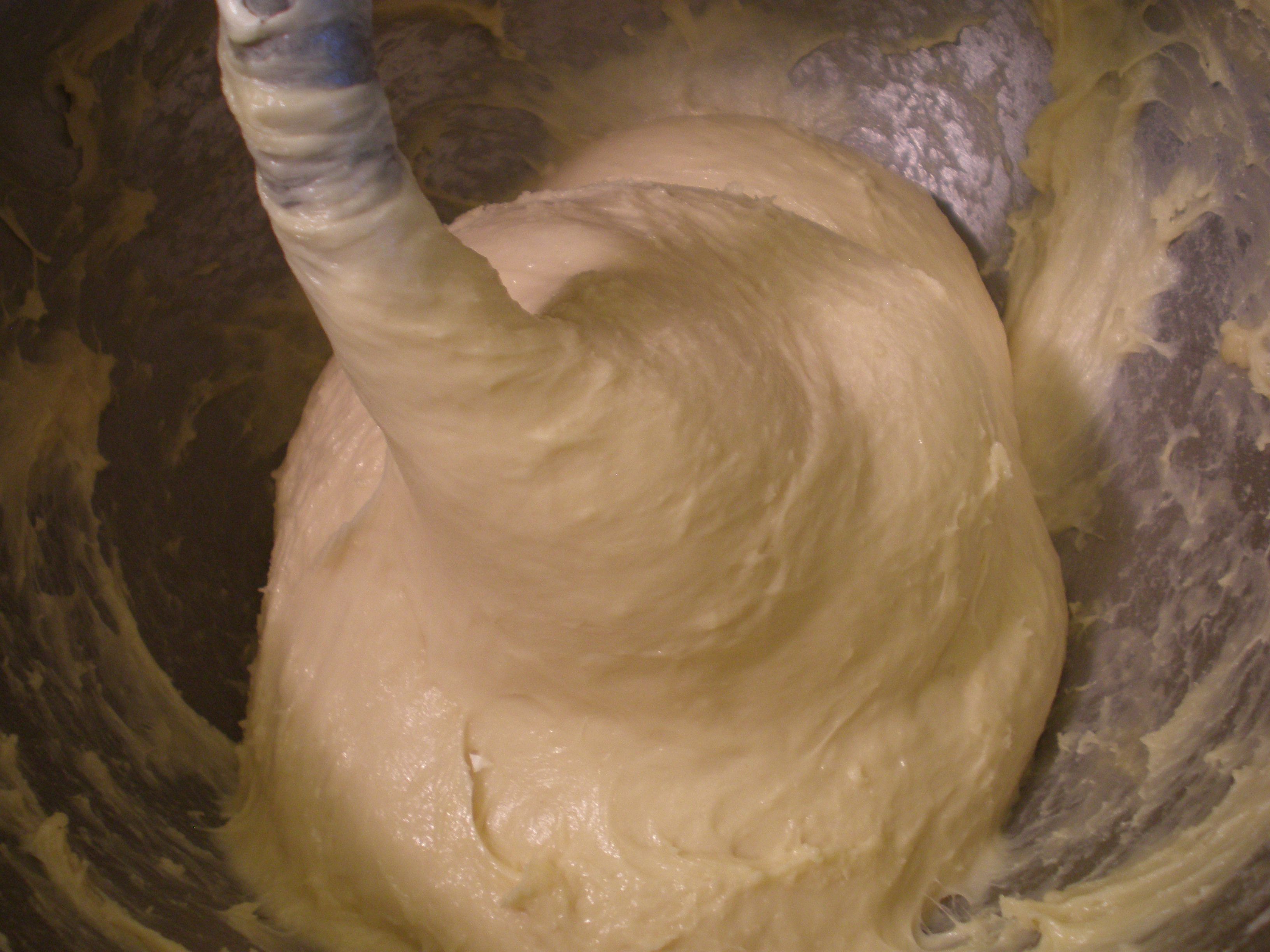 While it is mixing, lightly butter a bowl with the butter wrapper, place the dough in the bowl and cover the bowl with a shower cap (I’m not a big fan of the EVOO Queen but I got this idea from her and it’s fabulous) and let double, this takes at least an hour. 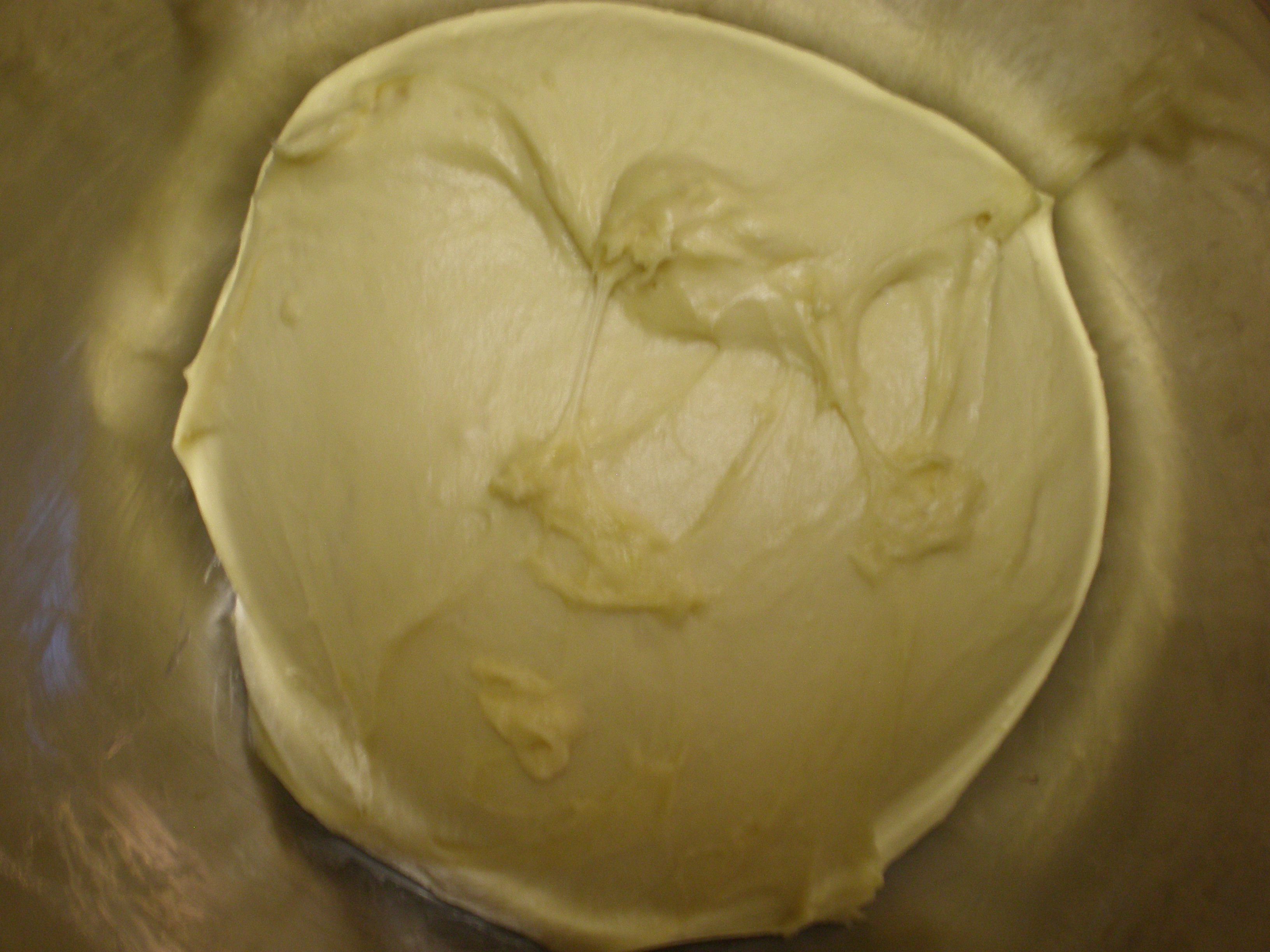 Lift up the dough around the edges and slap it back down into the bowl to deflate it. 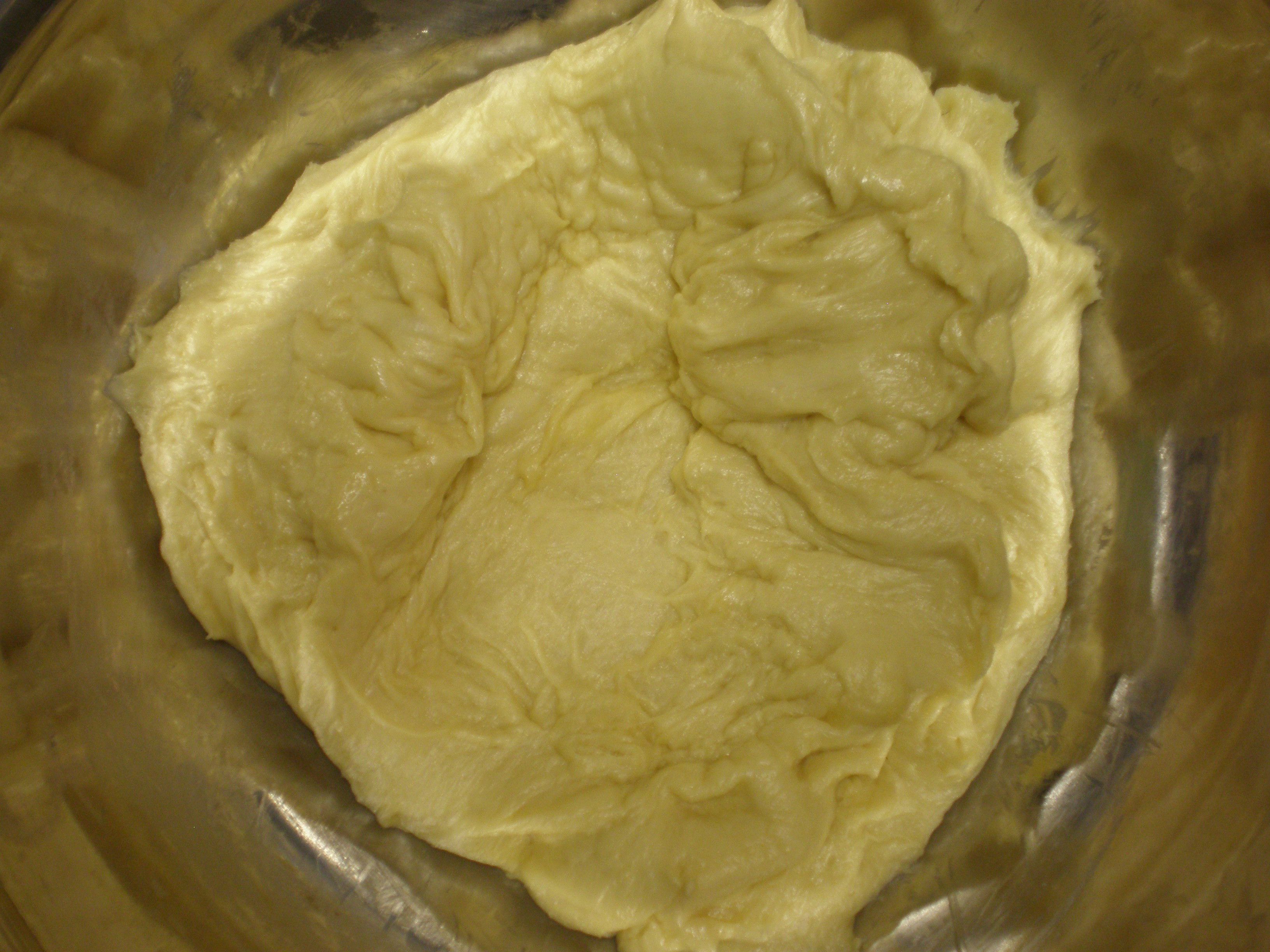 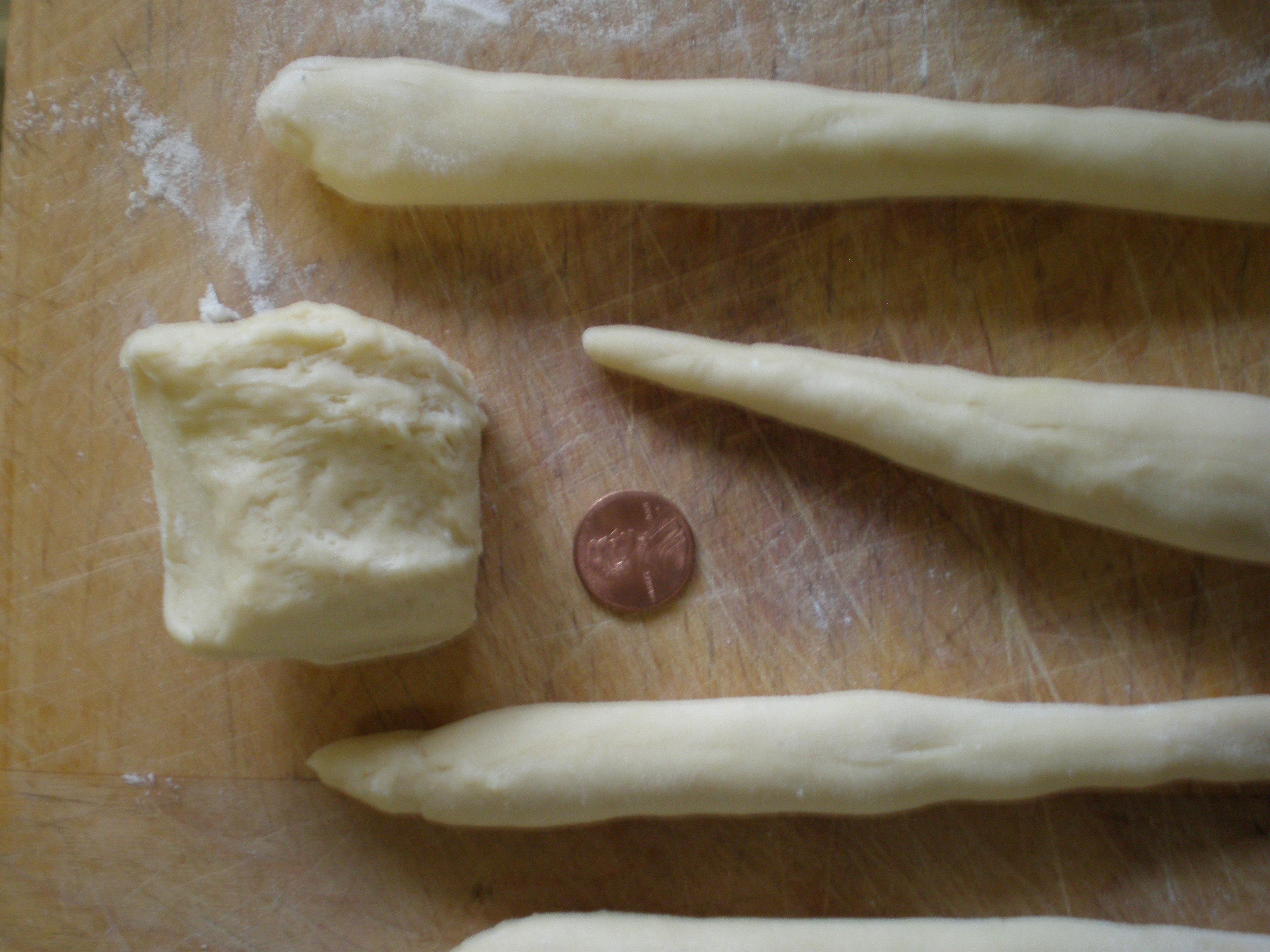 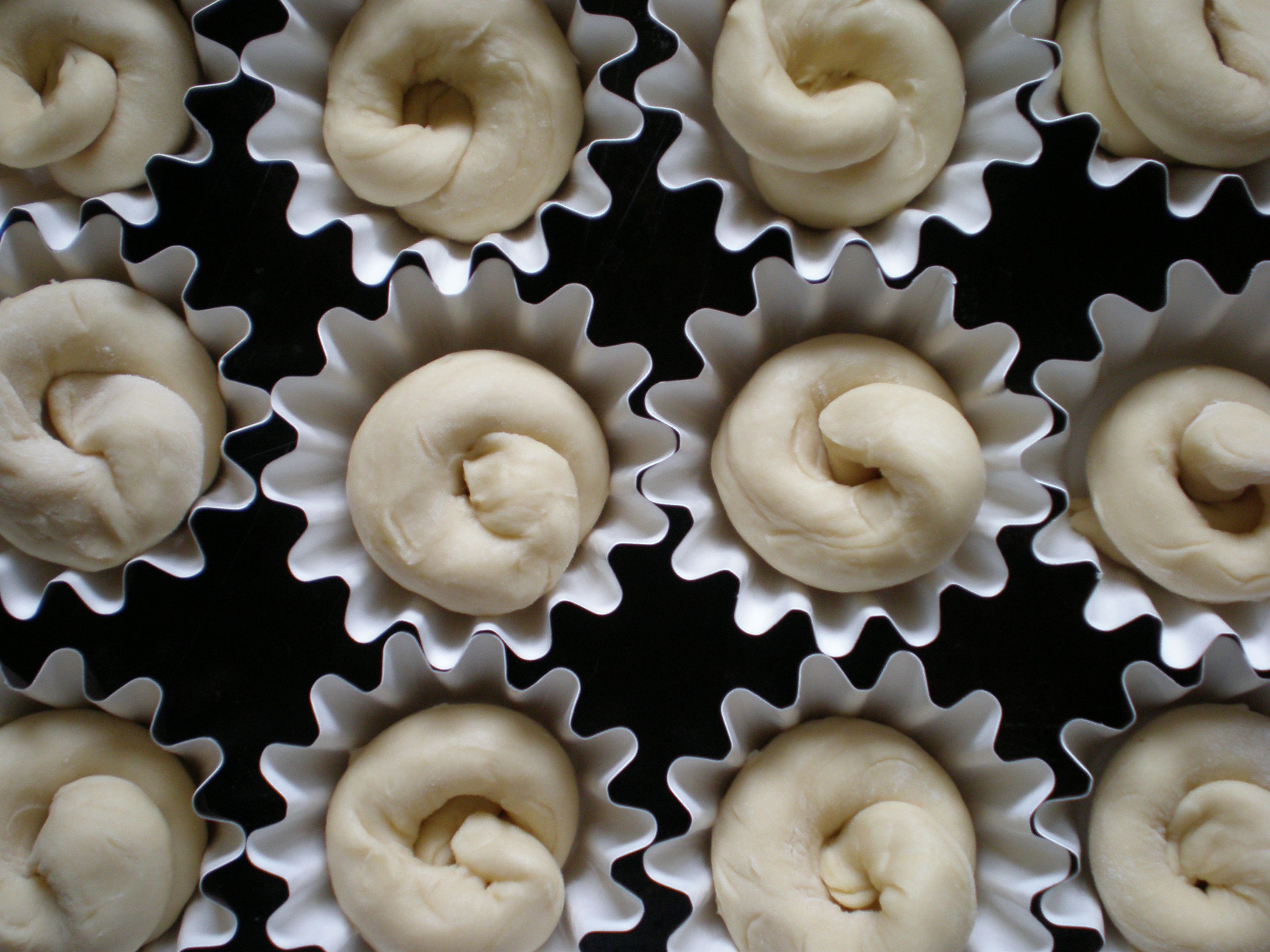 Cover with plastic wrap or waxed paper and let rise for at least an hour until doubled.  During this final doubling, heat your oven to 400 degrees Fahrenheit.  Also pull out an egg and let it come to room temperature for the glaze. 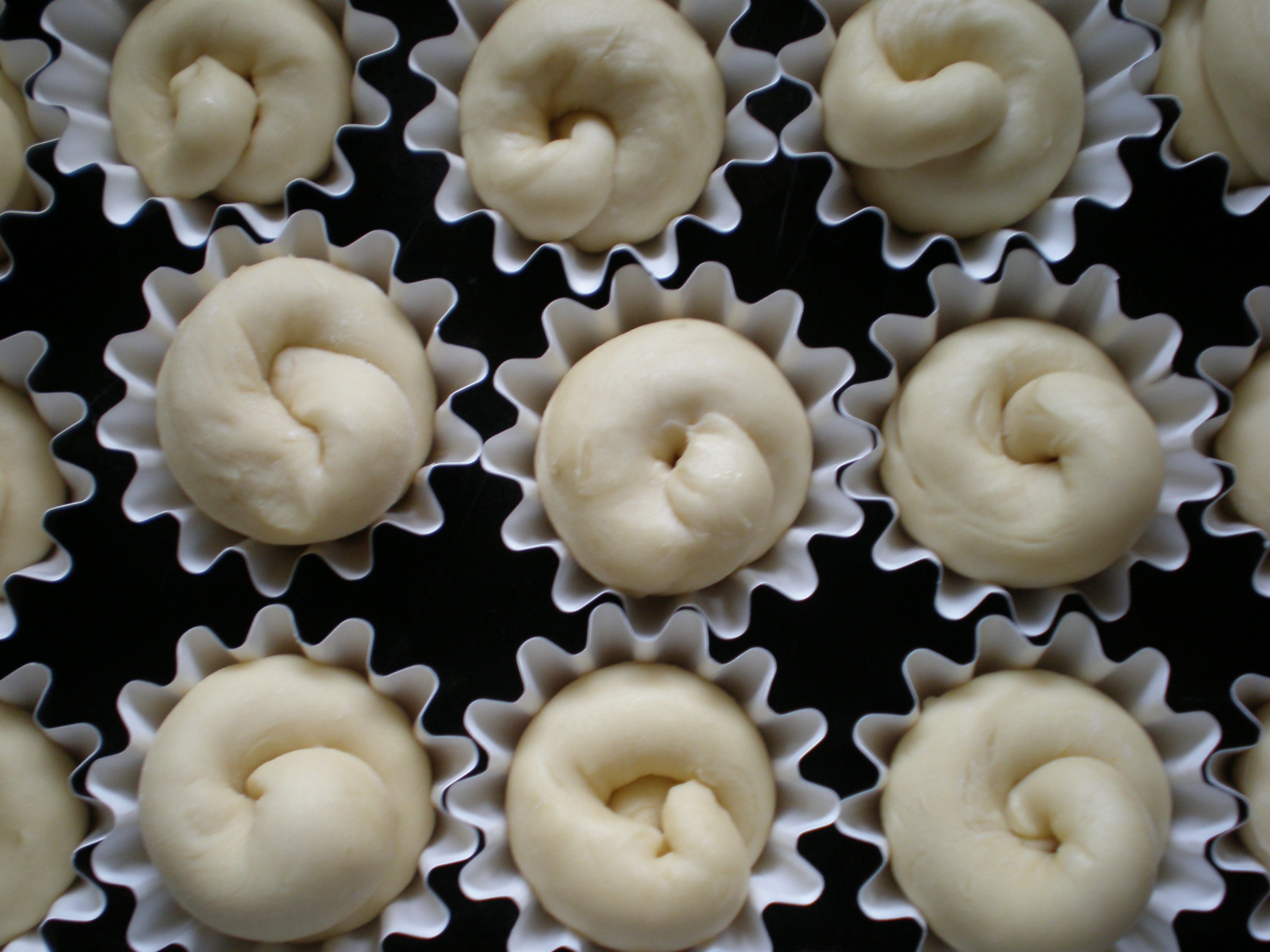 When the brioches are ready to be baked, beat the egg with a tablespoon of water and lightly brush the tops of the brioche.  Bake for 10 to 12 minutes.  The tops will be golden and the dough will be tender. 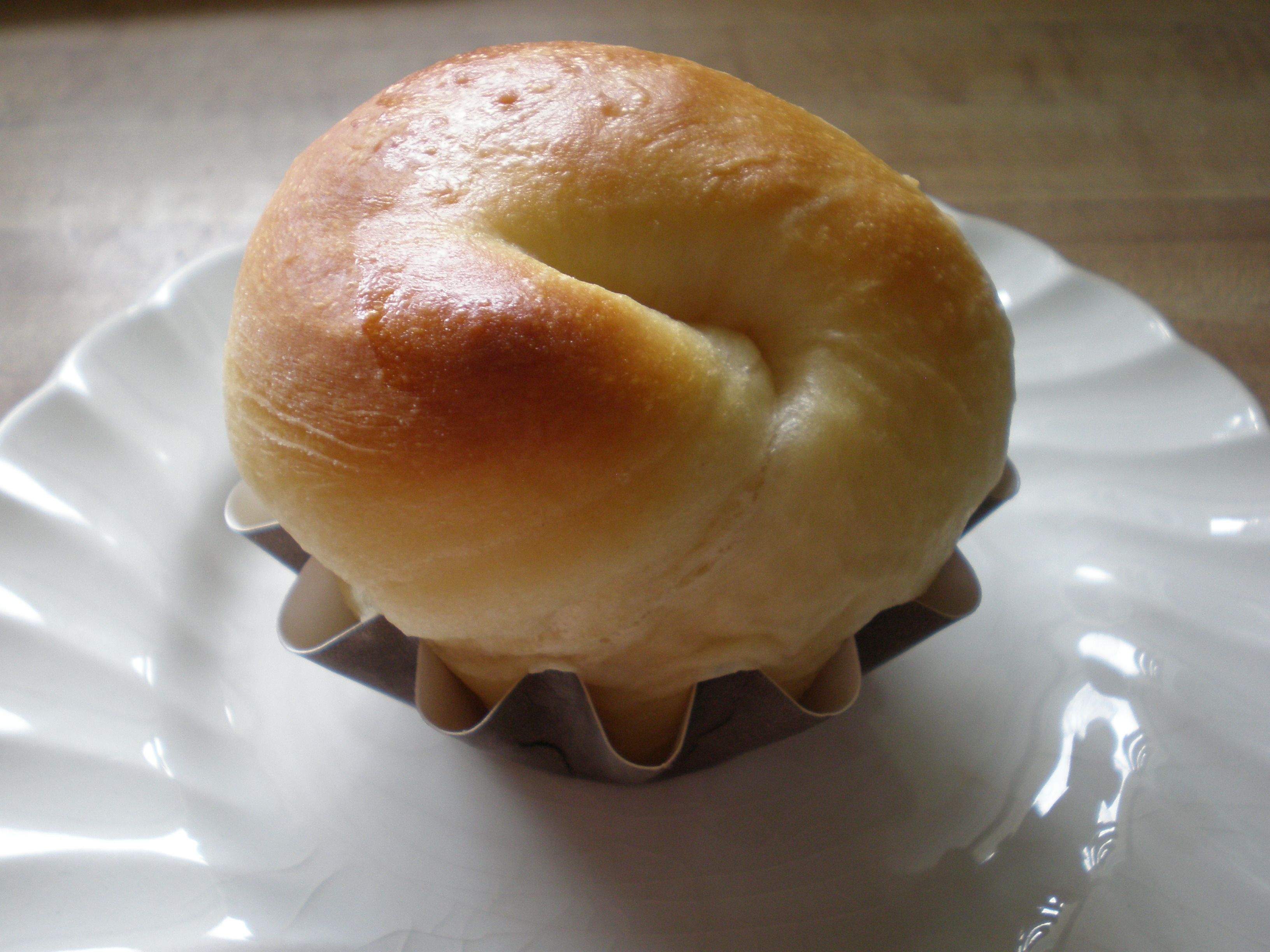 It will be hard to wait for these “babies” to cool before biting into one.  They are really good warm with black truffle butter (www.dartagnan.com).  Share with some friends over a mimosa or two!  Life doesn’t get much better!

Posted on December 9, 2010
This entry was posted in breads and tagged butter, eggs, flour.